Girls, guns and 'The Red Detachment of Women'

“The Red Detachment of Women,” telling the story of an all-female special company of the Chinese Red Army, is China’s first original ballet production that was premiered by the National Ballet of China in 1964.

It has been performed over 4,000 times in the past 55 years, on both domestic and international stages, with the latest show at the Shanghai Oriental Art Center falling on Monday marking the 98th birthday of the Communist Party of China.

Ballerinas who have played the main character, Wu Qionghua, in different periods gathered in Shanghai this week to share their experience playing the protagonist and tell stories of China’s ballet. 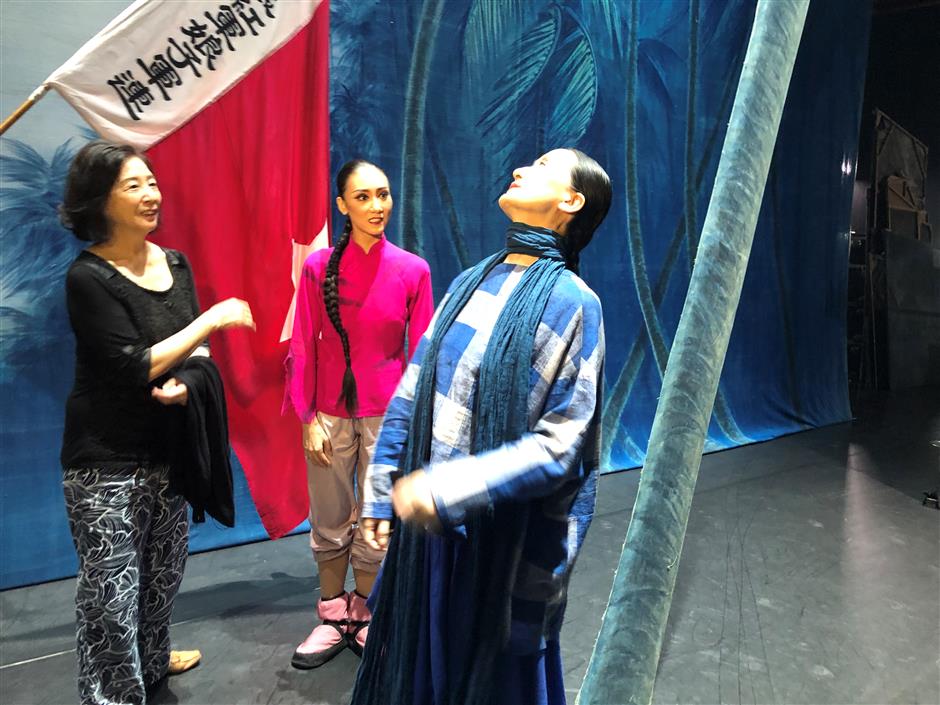 “The Red Detachment of Women” was adapted from the earlier 1961 film of the same title. The main character Wu was the daughter of a peasant and finally grew into a qualified soldier. Shanghai native Xue Jinghua, who played the role in the 1970s, revealed that the creation of the ballet was under the requirement of China’s first Premier Zhou Enlai.

“The National Ballet of China was established in 1959 after ballet was introduced into China from Russia by the government as a promotion of classic art,” said Xue. “For some years we only performed Western works like the ‘Swan Lake,’ ‘Giselle’ and ‘Notre-Dame de Paris.’ Premier Zhou watched some of our performances, and suggested that we should combine ballet with our own stories.”

Xue said the National Ballet of China visited armies and lived with soldiers during creation of the work. The performers kept learning and improving details including gun shooting position.

“I kept two pieces of apple in my mouth and pasted thick eyebrows to make myself look like a girl from the bottom-class,” said Xue.

It is a tradition for “The Red Detachment of Women” performers to visit armies and a museum in Hainan Province, which was built to memorize the all-female special company of the Chinese Red Army.

“‘The Red Detachment of Women’ combined Western ballet technique with Chinese folk dancing,” said Feng Ying, director of National Ballet of China, who played the role of Wu from 1987.

“Compared to the first generation of performers, the approach toward the roles became easier as we could always imitate and consult the predecessors.” 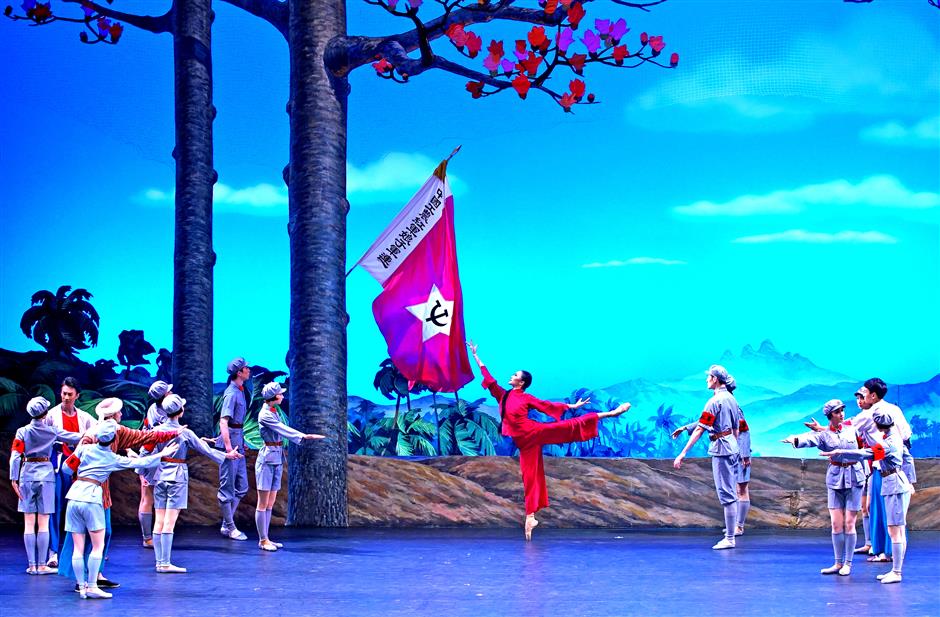 “The Red Detachment of Women” was created in a special historical and political background. Have there been changes when performers illustrate the work in the modern era?

“Out of respect toward the creators and historical status of this story, we tried to keep the work’s original taste and never changed performers’ movements or the theme color on stage,” Feng said. “But different generations of ballerinas have their own specialties and personality, which can be showcased. Also, with a broadened vision of our audience, we have higher standards for dancers.”

Young ballerina Hou Shuang played the main character Wu in Shanghai this week. She was first cast in the role in 2014.

“My generation is lucky because we have a much better learning platform,” said Hou.

“We have watched much more ballet performances. We learned and borrowed performing skills that can help us showcase the characters, combining predecessors’ direction and our own understanding.”

Feng said “The Red Detachment of Women” was a good example of “telling a Chinese story with a Western language.”

“We have already succeeded in nationalizing the art of ballet. Now, we face a challenge of the internationalization of Chinese ballet work — how to make a foreign audience give recognition to our original works which showcase the spirit of a modern China.”

National Ballet of China has created Chinese ballet works including “The Peony Pavilion,” “Raise the Red Lantern” and “The Crane Calling.”

“The target audience was Chinese when we created these works. What we are working on now is how to find a good Chinese story, that can be created and performed for decades just like ‘The Red Detachment of Women,’” said Feng.