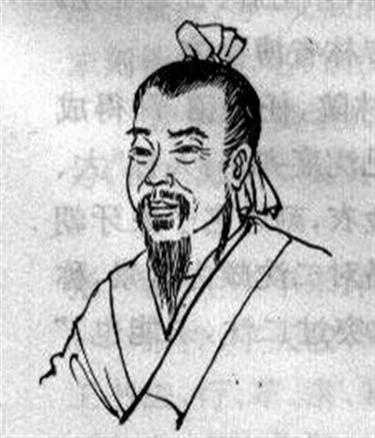 A portrait of Tao Zongyi 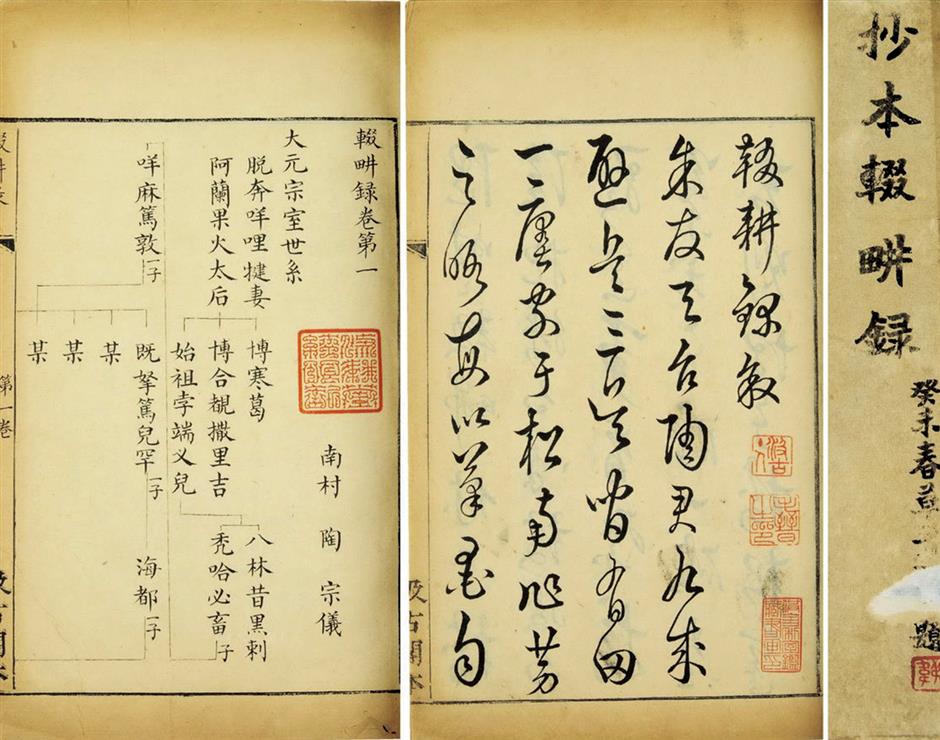 A sample of “Nan Cun Chuo Geng Lu,” or “A Literati’s Pondering in Breaks of His Plowing,” by Tao Zongyi

The story of Han Hao Niao, the lazy flying squirrel who kept postponing building a shelter and finally froze to death in the biting cold of winter, has been a fixture in China’s elementary school textbooks since the 1950s. Generations of Chinese students have been taught the importance of diligence and saving for a rainy day through reading the story.

The famous squirrel was actually “born” in Sijing Town of Songjiang District. Its author Tao Zongyi (1329-1412), a literati and historian living between the Yuan (1271-1368) and Ming (1368-1644) dynasties, was a Sijing resident and author of “Nan Cun Chuo Geng Lu,” or “A Literati’s Pondering in Breaks of His Plowing,” an important historical work recording political, economic and cultural issues in the Song (960-1279) and Yuan dynasties.

The turmoil and chaos of war in the late Yuan Dynasty drove Tao and his family members away from home to relocate themselves in Sijing of Songjiang.

Tao bought land to the south of Sijing River and built a house which he named “Nan Cun Cottage.”

Tao also farmed to support himself. And during the breaks in his plowing, he would pluck leaves from trees and write social anecdotes and reading notes on them with ink and brush. He then put the leaves into an urn which he buried beside a tree.

He persisted with such a habit for 10 years and the leaves he used as paper filled more than 10 urns. His disciples collected his thoughts, summing them up in more than 580 articles and compiled them into the book collection called “Nan Cun Chuo Geng Lu.”

According to Tao’s books, the Han Hao Niao, a creature with fleshy wings, lived on Wutai Mountain in northern Shanxi Province. In summer the squirrel would boast that it lived more happily than the phoenix and postponed building its shelter even when winter came and rid it of its furs. The squirrel shivered and kept saying: “I am freezing to death and tomorrow, not today, I will build my shelter.”

Besides criticizing the squirrel for its laziness, Tao also interpreted the story as follows: “Some people nowadays are just like the squirrel. They would boast of themselves because of some minor achievements and behave like a downcast stray dog when they encountered some minor failure.”