Expats in Shanghai have been doing their bit to fight the novel coronavirus epidemic. The city’s Indian Association has organized a Solidarity Participation to invite Indians, especially those living in Shanghai and China, to share their thoughts and artistic creations during the epidemic as encouragement to each other and support to the Chinese government.

Participants submitted their thoughts and works in the shape of articles, poems, videos, music and drawings in the last two weeks of February and ten of them have been selected and published through the association’s social platform account.

Solidarity Participation is just one of the moves the association took after the outbreak of the virus. Earlier in February, the association, in collaboration with the Shanghai People’s Association for Friendship with Foreign Countries, arranged 6,000 surgical masks and 6,000 disposable gloves for free distribution to community members.

The masks and gloves were distributed to 200 families in Shanghai. Together with the Consulate General of India, the association also gathered masks from Indian pharmaceutical companies and other organizations, which were sent to China to cope with the shortage of masks.

As COVID-19 became a pandemic that threatened the safety of all countries, including India, the Indian Association has started an appeal, calling Indians living in China to join hands and help their fellow citizens in India with donations.

Mukesh Sharma, president of Shanghai’s Indian Association, believes the association will collect 500,000 yuan (US$70,800) in donations in a week or two, which will be sent to India’s prime minister relief fund.

Sharma told Shanghai Daily that there are about 5,000 Indians living in Shanghai. Some of them went back to India during the Spring Festival holiday. By mid-March, more than 700 of them were unable to return to the city due to the cancelation of flights.

Sharma remained in Shanghai during Chinese New Year to cope with company issues during the epidemic. He is the country head of Tech Mahindra, an Indian company that owns branches in several Chinese cities, including Wuhan.

“By now, the situation has improved in Wuhan. I always believe China and Shanghai is the safest place to live. I’m happy with my decision to stay here and help other fellow countrymen,” said Sharma. 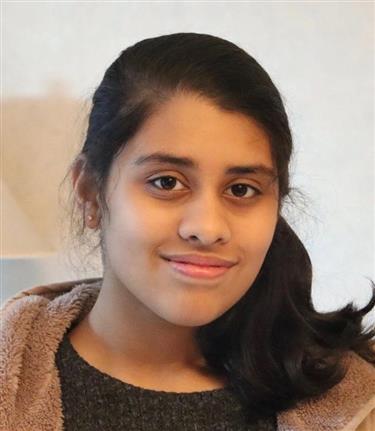 Ananya, 13, comes from Rajasthan, India. She has been living in Shanghai for seven years and is studying in grade seven in Shanghai Singapore International School.

There were those days, where my mother and father had to push me to go out and take just a walk. There were days where I never actually paid a lot of attention of what amazing aspects of nature I was getting, senselessly thinking, “It’s always going to be there.”

Why do I say that? Because of what I am experiencing now.

Normally, at this time of the year, the Chinese New Year is celebrated. It is China’s most important festival where tens of millions of Chinese people from all over the world visit their hometown and celebrate with their families by eating their dinner together. Unfortunately, this year wasn’t as joyous as it was expected.

But what exactly is coronavirus? Well, it’s a virus which can cause a variety of different effects on our body. It can range from a common cold to severe respiratory problems. And unfortunately, because of this deadly complication, thousands have lost their lives and yet many more are suffering from all over the globe.

Having a population of 24 million people, Shanghai, is one of the busiest city in China. Each day, a large number of people set out for work. Children riding to school, businessmen rushing to their offices, buses and Metros going about carrying people every single day. Yet, it is hard to believe that the active streets of Shanghai, have now become deserted. The number of people taking public transport has decreased drastically.

Even if it seems to be depressing, positives can also be found at this time. In fact, I have seen a few improvements in myself such as improving my hygiene. I wash hands regularly and thoroughly. I also take precautions like always wearing a mask before going out and also avoid touching my face.

Also because of the severity of the virus, schools and offices have all been shut down and e-learning is taking place. This has allowed me to spend majority of my time with my family. I have also developed a stronger bond with my sister as a result of this family time.

I don’t remember getting to spend so much time at home since the start of the school year. I have lot of time to pursue my hobbies for example I have started playing the piano. Even the environment is improving because of the fewer number of vehicles on the road causing less pollution. Also, now people will probably take a little more care about the wild life as that is the main reason for this entire issue.

In spite of such stressful situation, many people around us are risking their lives in order to provide comfort to others. First, we should thank all the brave front-line medical staff who are working around the clock, risking their own lives to save the lives of others. They deserve a big call of appreciation. But they aren’t the only ones, all the police and guards are still working day and night to fulfill their duties despite the situation. And even people such as many taxi drivers have volunteered to drive all these medical staff home and to the hospital in Wuhan. All the delivery boys are still operating around the city providing people with their daily necessities without which our life wouldn’t be as smooth at this point of time. And let’s not forget — the government! The government has monitored every step of this whole problem and managed it all so well no one can ever imagine. They are definitely worthy for a debt of gratitude.

Although this has affected all of us in one way, we must have faith in god that soon, everything will be just as it was three months ago and also learn from our old mistakes. Each problem has a purposeful reason behind it. Of course, so far this has been an extremely painful and heartbreaking part of our lives that will definitely not be forgotten by some more than others. But we all must stand strong together and be cautious about our health and our surroundings and believe that very soon, these colorless streets will become vivid again.

Aparna has been living in Shanghai for three years with husband Vinay Anand.

The day when it broke!!

Who all it shook?

Me, my family, friends in and out of my place. The whole world!

Though the country had lot of drama!

It is my coffee cup,

Which keeps my confidence up!

As the milk empties drop by drop,

It increases my fear of climbing down, to fill my cup!

While people outside the country can only see negative phase,

The death, The economy drop, The threat, The danger!

Without option I can see only positive phase,

The beauty of home, The precious life, The purest relationship, The helping hands!

The way I create my joyful arena,

I can rarely think of dangerous Corona.

Because when I become such inspiring persona,

Others can destroy their kind of fearful arena.

Though I feel this kind of living is like life of toy...

Arul, 10, is studying in fourth grade at Shanghai Community International School Pudong. This is his third year in Shanghai.

“Naruto — We will get through this”