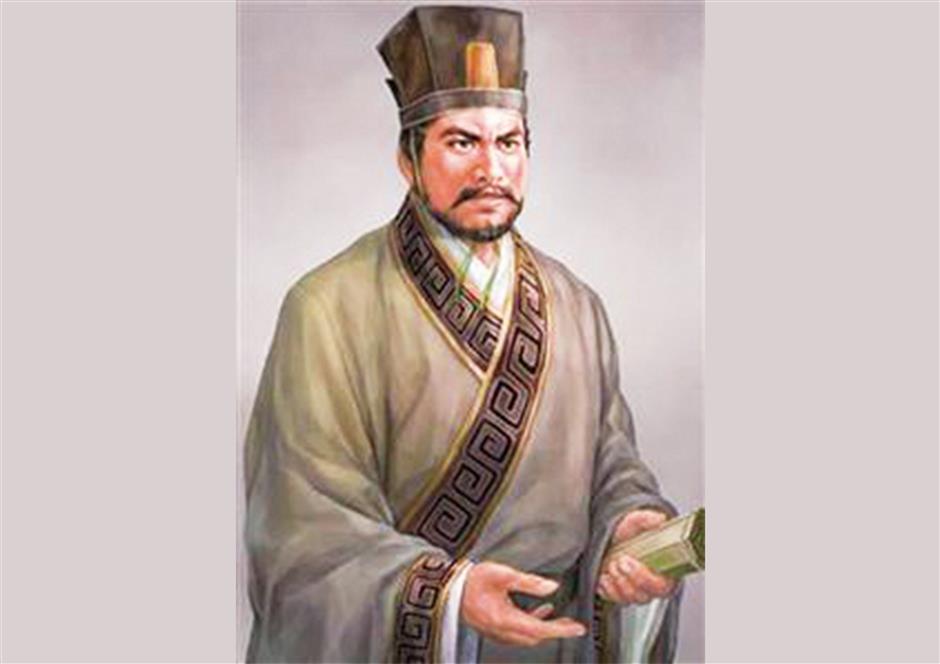 Lu Kai is a military officer in the Wu State of the Three Kingdoms era.

Lu was born into an aristocratic family in the Wu State in the ancient Songjiang domain. Because of his successive military achievements, he was soon promoted as a martial supervisor for the army during the rule of Sun Quan (AD 182-252), first emperor and founder of the Wu State.

From AD 242 to 255 Lu led the army and subdued several bandit riots and revolts.

Though he was a military officer, Lu was a diligent reader, especially fond of reading “Tai Xuan Jing,” a philosophical and augury book compiled by Western Han Dynasty (206 BC-AD 25) philosopher Yang Xiong (53-18 BC). According to historic records, Lu even wrote 13 volumes of annotation on “Tai Xuan Jing,” but the books were lost during the vicissitudes of time.

When Sun Hao (AD 243-284), the last emperor of the Wu State, succeeded to the throne, Lu was appointed as assistant prime minister of the state and was known for boldly speaking out against the emperor’s wrongs.

Sun was quirky in that he didn’t like people to look at him. So when ministers went to court in the morning, no one dared to look up at him.

When Lu noticed this, he persuaded Sun and said: “An emperor and his ministers should know each other. If they don’t look at you and therefore don’t know you, you will become helpless when you have trouble because nobody can even recognize who you are and therefore help you.”

Being thus told, Sun started to allow others to look at him when holding a conversation.

Sun doted on and trusted unduly courier He Ding.

When Lu met He, Lu accused He face to face: “Those who acted unfaithfully toward their emperor and caused havoc on national affairs always had a bad ending. Why did you continue to do wrong things and block Emperor Sun’s chance of accepting advice? You should repent and stop doing wrong things.”

Lu’s words caused hatred from He. Though He tried to slander him, Lu acted calmly and continued to serve the state diligently.

In AD 269 Lu became seriously ill, but he still wrote boldly to point out the emperor’s wrongs. “I don’t think we should appoint He as an essential minister. There are plenty of other wise ministers who can assist Your Majesty and make up wrongs Your Majesty might incur.”

Soon afterward, Lu died on his sickbed at the age of 72.