In step with the sculptures of antiquity

Han-Tang classical dance emerged as an important branch of Chinese folk culture during the golden eras of two ancient dynasties.

Beijing-based choreographer Tian Tian has recreated the images and scenes from those cultural pinnacles in her latest creation “Cuncun Wuwo.” The work is inspired by sculptures of dancing figures unearthed from tombs and paintings created during the Han and Tang dynasties.

Based on those relics, Tian used her imagination to recreate the movements of the ancient dancers and reconstructed the dances of the periods. 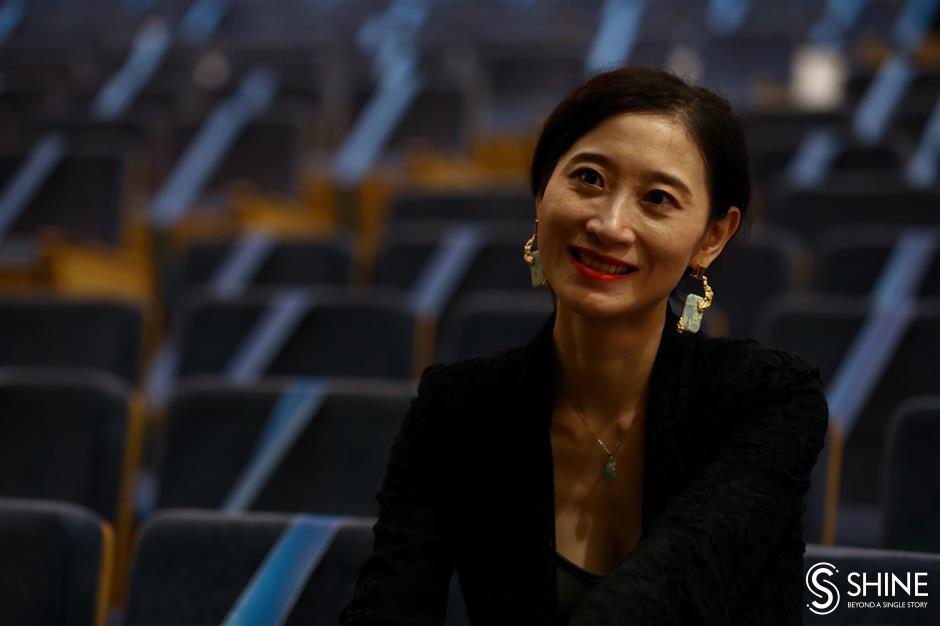 The name “Cuncun Wuwo” is a verse line borrowed from “Shijing,” China’s earliest existing collection of poems, dating from the beginning of the Western Zhou period (11th century-770 BC). Literally, “Cuncun Wuwo” describes the joy and delight at a banquet where attendees enjoy drink and dance performances.

Despite all the historical background, Tian defines her work as a contemporary piece. Sand painting, electronic music and modern lighting effects feature in the plotless performance.

“The name of the dance describes my current mental state — open and relaxed,” Tian told Shanghai Daily. “I’m not passing on information or guiding the audience to certain truths. Instead, it’s more about self-expression. The creative process relies much on my artistic intuition.”

Tian received undergraduate and master’s degrees in Han-Tang classical dance at the Beijing Dance Academy. She was among the first group of students to take up that study when the academy first introduced it as a major in 2001.

“However, unlike my teachers at the school, who regard it a responsibility to promote the ancient culture of Han-Tang dance, I want to present it in contemporary language in my own style,” she said. “To me, Han-Tang culture is a seed, and I want to cultivate it in my own way.” 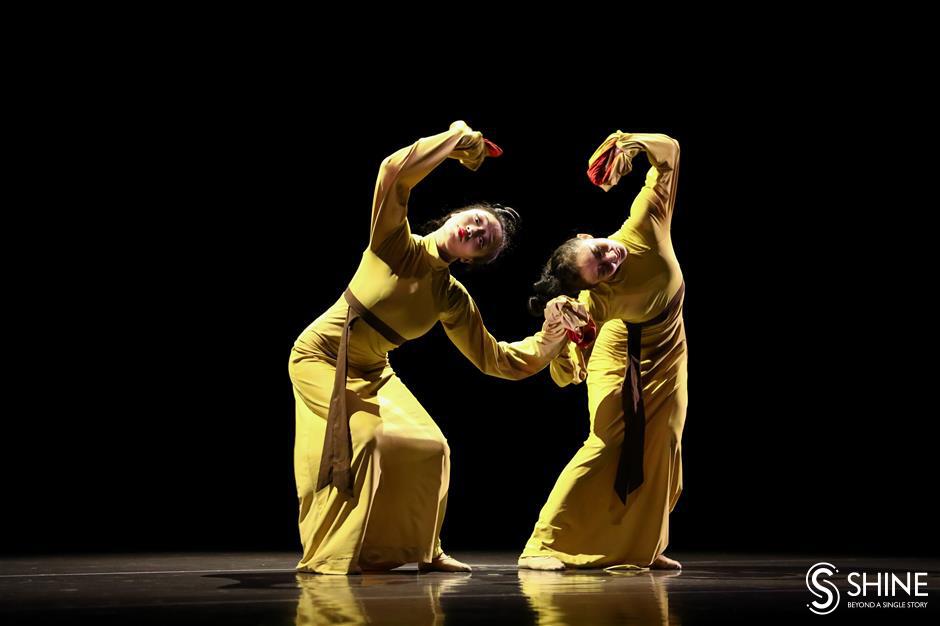 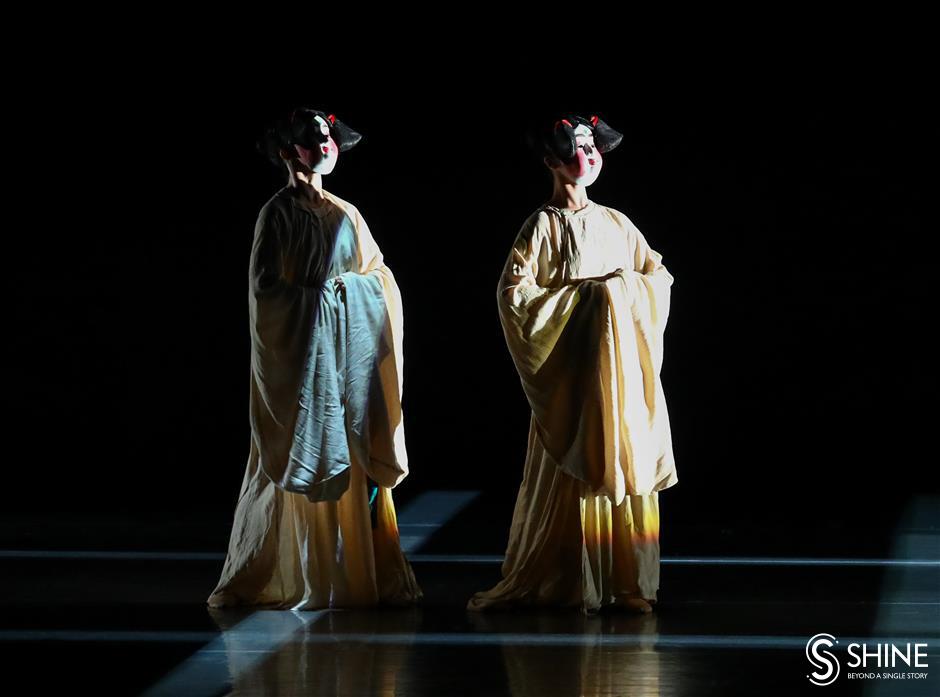 Despite all the historical background, Tian defines her work as a contemporary piece.

It’s not the first time Tian has found inspiration in ancient dance sculptures. In fact, “Cuncun Wuwo” can be considered a continuation of her previous creation, the “Yong Series.”

That series emphasized dance movements from the Han Dynasty, but its choreography was more restrained than “Cuncun Wuwo.” The “Yong Series” has received invitations for overseas performances in countries like Italy and the United States.

“Compared with the previous series, ‘Cuncun Wuwo’ is more melodious and outgoing,” said Tian. “I think it comes with age. I have entered a more mature and relaxed stage of my life.”

Tian revealed that she had jazz music in the background when choreographing movements for “Cuncun Wuwo.” Though the dance is presented with ethnic music, the jazz rhythms provide an undercurrent.

Tian used a lot of red in costumes for “Cuncun Wuwo,” while the “Yong Series” was mostly grayish. 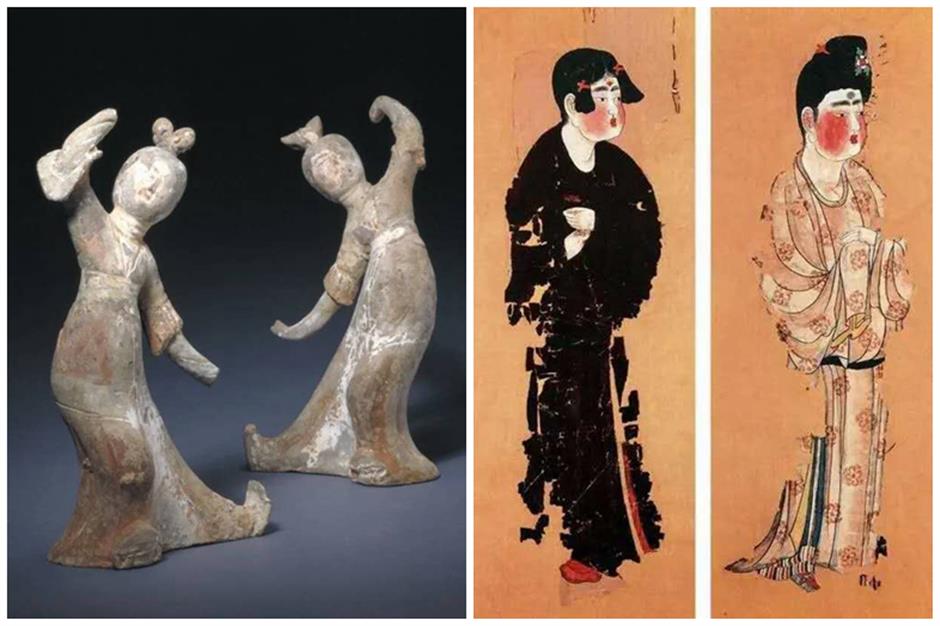 Tian's works were inspired by sculptures of dancing figures unearthed from tombs and paintings created during the Han and Tang dynasties.

“Coronavirus influenced my creation,” Tian said. “Life is cherished, and I hold a more tolerant attitude toward everything, including work. Maybe that’s why this dance has turned out to be lighter and brisker.”

Tian said an understanding of contemporary dance relies much on an audience’s personal experience and even mood when watching the performance.

A viewer surnamed Gu, who watched a performance at the dance center last week, described “Cuncun Wuwo” as a “call from ancient times.”

“I sensed the return of an everlasting culture,” Gu said. “The Han-Tang elements featured in the dance are historical, but they have never been forgotten by the nation and its people. The rhythms balanced tension and leisure, reminding me of our efforts to balance our fast-paced daily routines with an enriched spiritual life.”

“Cuncun Wuwo” was the first performance of the Shanghai International Dance Center’s Youth Incubation Platform when the theater resumed operation in July.

The project, introduced last year, provides a stage and support for China’s younger generation of choreographers.

According to Chen Li, project director, the venue plans to stage one or two dance productions by young artists every month for the rest of the year. Invited artists get free stage and facilities, and are provided with accommodation. 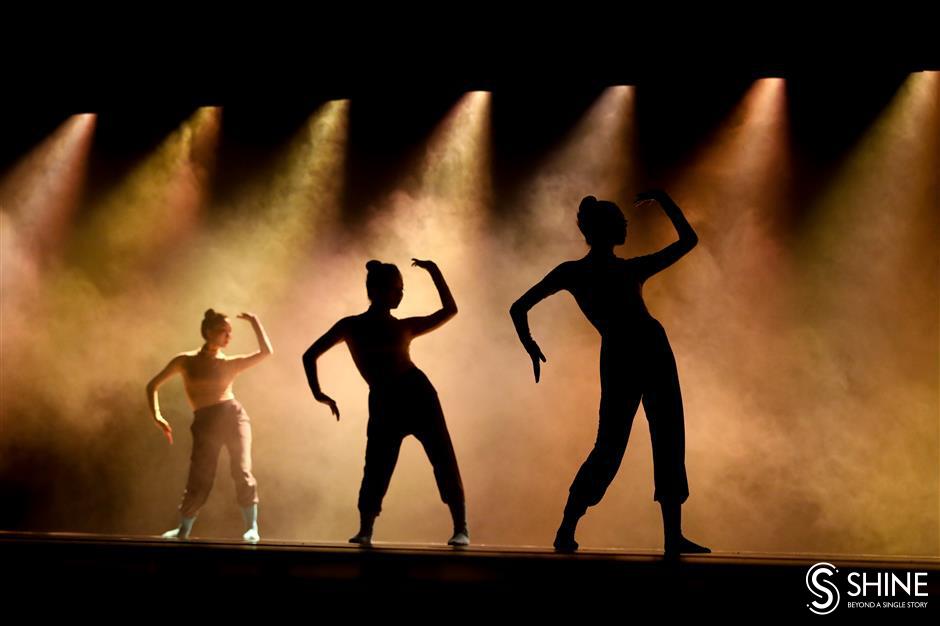 “We won’t interfere with their creative process; we only provide the facilities and technical support,” said Chen. “Young artists are creative and productive, but they often lack personnel resources and stage experience.”

She added: “We have also established an artist community where industry professionals such as lighting designers, producers and video editors gather. That way, artists can share resources and form work partnerships.”

Chen said the dance center also serves as a promoter and even sponsor for the commissioned choreographers who receive performance invitations from overseas theaters and art festivals.

Shanghai relaxed the 30 percent capacity limitation on theaters to 50 percent, effective yesterday. The center will follow the new policy for its productions.

“With the absence of foreign troupes and a decrease in commercial performances due to the audience limitation, young choreographers have been given more opportunities,” Chen added.