A hospital that spearheaded the city's tuberculosis fight in 1920s

Several months ago a classic building in Shanghai Xuhui Hospital was listed as an important monument of 20th century architectural heritage by the Chinese Society of Cultural Heritage.

Hidden deep in the hospital compound on 996 Huaihai Road, the building once served as a new site of the famous Hongqiao Sanatorium. 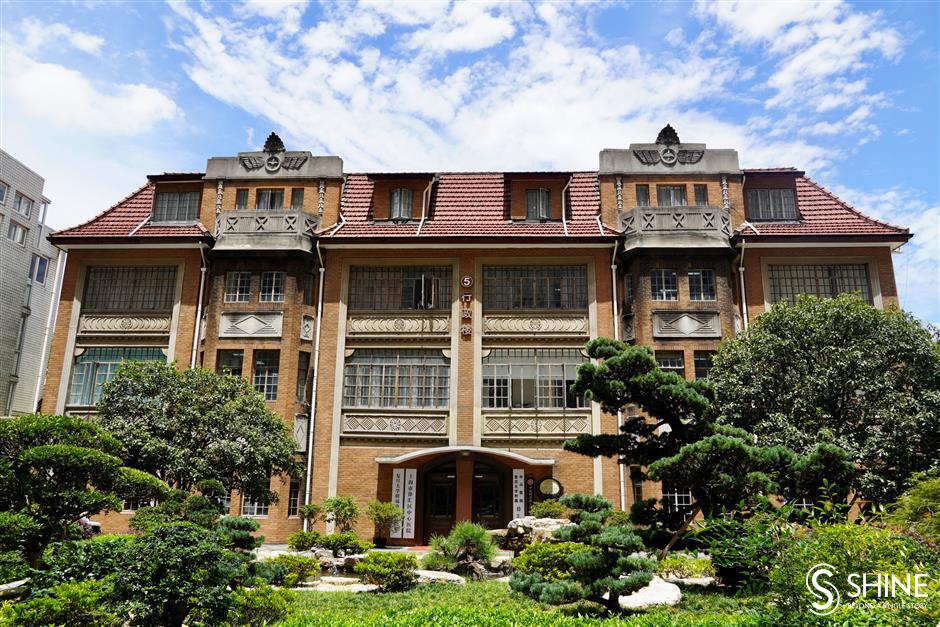 The garden villa that served for the new Hongqiao Sanatorium was built for a British resident in the 1920s. 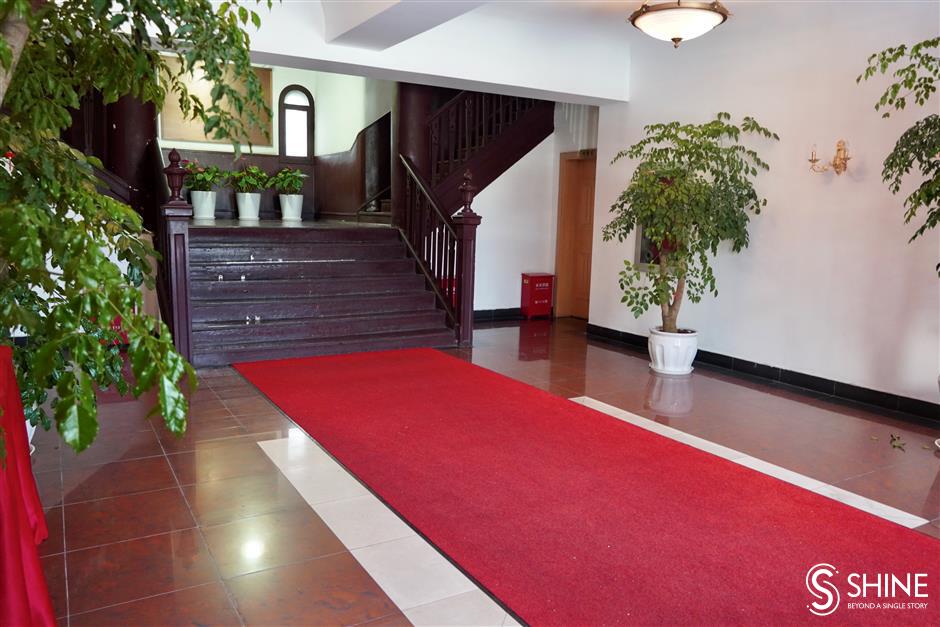 Known as “Hongjiao Sanatorium” in the 1930s, the original site on Hongqiao Road was also significant in the history of Shanghai architecture.

“The sanatorium founded in 1934, on Hongqiao Road by Dr Ding Huikang was a 100-bed hospital for patients who suffered from tuberculosis,” said medical historian Lu Min from Shanghai No. 4 People’s Hospital. “The main building was a four-story structure that had south facing wards which were all sound-proofed.

“The sanatorium, which boasted to have the latest medical equipment of its time, moved to Huaihai Road after the Japanese invaded China in 1937,” he said.

Xuhui Hospital archives reveal Ding was born into a family of intellectuals from Wuxi of Jiangsu Province, in 1904. His father Ding Fubao, who had studied medicine in Japan, published hundreds of medical books.

Ding Huikang graduated from Tongji Medical College in 1927, a time when TB was an epidemic in China. After several of Ding’s family died from the disease, the young medical graduate was determined to devote his life to relieve the pains of TB patients.

In 1928, he opened Shanghai Sanatorium for Lung Disease on No. 2 Great Western Road (today’s Yan’an Road W.) with support from his father. While based at the hospital, the Dings raised funds to open Shanghai Hongqiao Sanatorium on 202 Hongqiao Road on June 17, 1934. The opening ceremony invited some 1,000 foreign and Chinese guests, including Shanghai mayor Wu Tiecheng.

A report in The North-China Herald on June 20, 1934, revealed the mayor inspected the building and displayed “evident interest in the splendid equipment provided and commenting with approval upon the planning of the institution which has made it possible for every patient to enjoy privacy.” 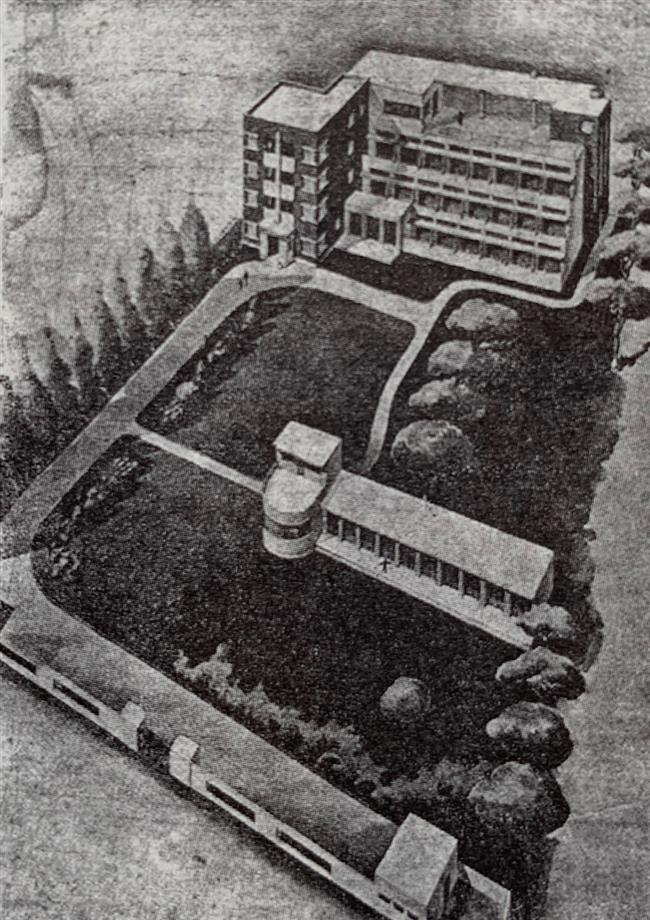 A drawing of Hongqiao Sanatorium’s original site on Hongqiao Road

Liu’s research found that the architect attached great importance to sunlight in treating patients with lung problems. He arranged all the wards on the south side of the hospital and  the operation room, X-ray room and clinic rooms on the north side. The wards were equipped with balconies. made it easier for patients to enjoy the sunlight at any time of the day. The top floor featured a music room with a piano and a library for patients to enjoy. Xi was inspired by German architect Richard Docker, who had designed a similar medical building in Stuttgart of Germany in 1926.

“The form of Hongqiao Sanatorium follows the requirements of its interior functions. There were no decorations unrelated to the structure. The building was regarded as the most representative of modernism architecture in Shanghai after its completion,” Liu said.

Tongji University vice president Wu Jiang also agreed the architect designed the building to be functional, instead of an unfunctional aesthetically beautiful construction.

“He designed large windows and The terraced structure to introduce more sunlight. It was not only a modern-style building, it was a rare building in modern Shanghai architectural history that was truly designed according to the conception of modernism. So it had a very high status even in modern Chinese architectural history. It’s a pity the building was demolished during the Chinese War of Resistance against Japanese Aggression,” Wu said.

In 1935, Ding Huikang went to Germany, Austria and Switzerland to investigate the medical system and anti-tuberculosis work. He compiled the survey data into books like “Experimental Tuberculosis” and “Statistics of Tuberculosis in Various Countries.” During his inspection abroad, Dr. Yan Fuqing acted as the dean of Hongqiao Sanatorium, which served as the second practice hospital of Shanghai Medical College.

In 1936, Ding returned to China to be an active advocator and promoter of China’s anti-tuberculosis movement. In the large-scale anti-tuberculosis publicity campaign he conducted, Ding exhibited TB pathological specimens and bacteria under a microscope to introduce to the disease to the public, which was fatal among Chinese.

In his book “The Guide of Lung Diseases,” Ding Huikang has called this sanatorium “a palace of happiness.”

“This sanatorium is not only a strong army to fight the evils of diseases, it’s an ultimate paradise close to great nature. In terms of design, it’s functional, hygienic, considerate and adapts to Chinese habits,” Ding wrote in the 1937 book.

However in the same year, the hospital was forced to cease operation because of World War II. The sanatorium moved to 404 Route Herve de Sieyes (today’s Yongjia Road) and later to 990 Avenue Joffre (today’s Huaihai Road M.), which is the compound of Xuhui Hospital today.

The garden villa that served for the new Hongqiao Sanatorium was built for a British resident in the 1920s and sold to Chinese merchant Ye Hongying afterwards. Ding rented the building from Ye to relocate the sanatorium in 1938.

Compared with the simply-cut modern building on Hongqiao Road, the sanatorium’s new home is a more classic architectural building with three floors. The facade is graced by two patterned gables, Mansard windows, large windows, protruding windows and a rainbow of decorative patterns. 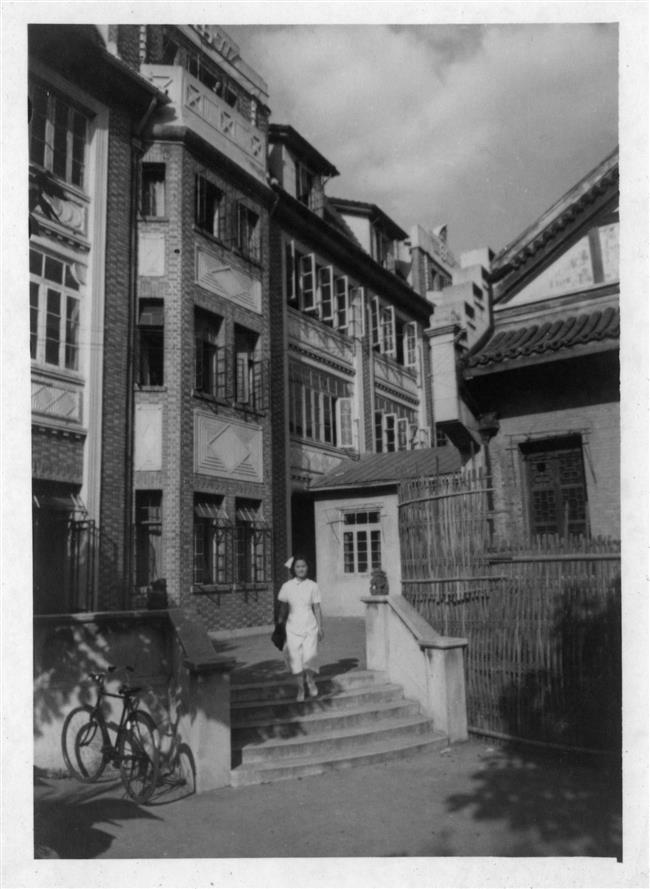 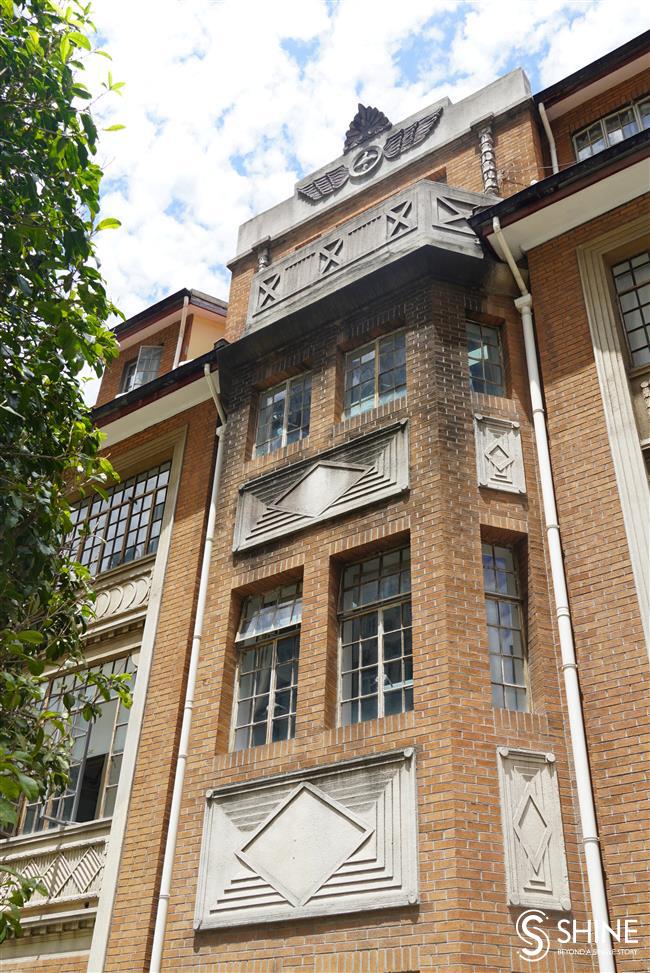 The facade is graced by protruding windows.

“It was a building of a comparatively large scale in the former French concession. The building was not in a traditional Western style. It reveals a British or mixed style. There are more modern decorations on this building,” Wu said.

In their co-authored article, “A Short History of Shanghai Hongqiao Sanatorium,” Chen Heng and Zhang Yinghe wrote that the new sanatorium saw a shrinking scale at first with only 20 to 30 beds. Later on the number of beds increased to 60 to 70. In addition to treating TB patients, the sanatorium also conducted group X-ray examinations and released examination results regularly to raise the awareness of the disease.

Covering an area of 66,700 square meters, the new sanatorium is fronted with a quiet garden of lush flowers and trees. In addition to the original pulmonary department, there were additional departments for internal medicine, surgery, gynecology, pediatrics and orthopedics. The sanatorium employed the city’s top medical experts to preside over the treatments of various subjects and the hospital won plaudits for its work. 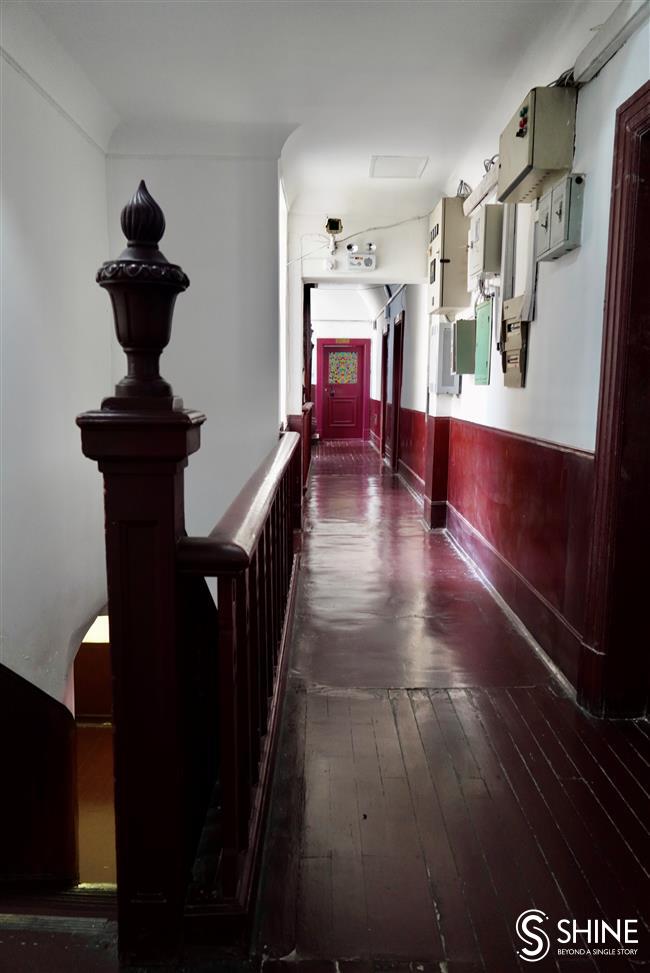 The corridor on the second floor

This spring it was granted the city’s first Internet hospital license for a public hospital to be a “cloud hospital” with online inquiries and appointments. During the COVID-19 outbreak, Xuhui Hospital offered free inquiry and treatment services for patients via an app and WeChat.

And the former sanatorium building now serves as a 24-hour consulting platform to answer calls from patients who have a fever and suspected symptoms. 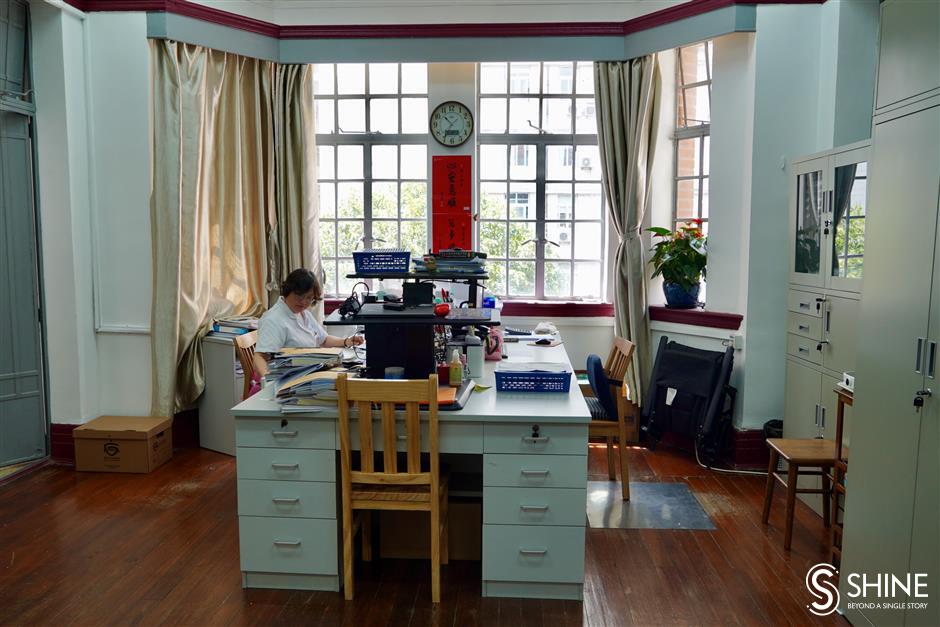 A former ward on the second floor is now used as an office of Shanghai Xuhui Hospital. 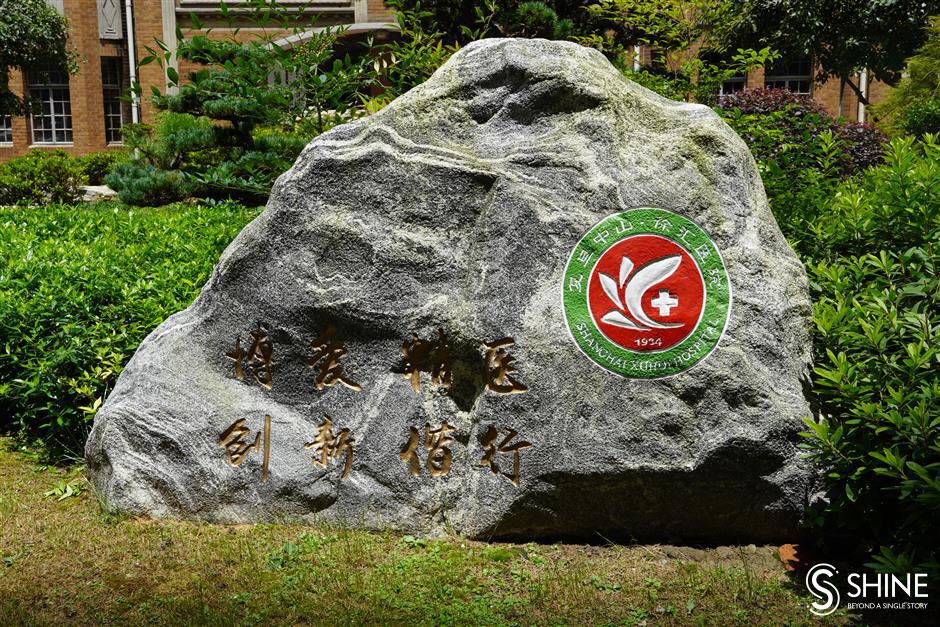 A delightful time was had by all present at the reception when tea and other refreshments were served. Guests present were led in an inspection of the different parts of the imposing sanatorium building.

The new sanatorium represents the latest and most up-to-date medical institutions Shanghai has yet seen. Situated far from the hustle and bustle of the city and surrounded by small farms and vegetable gardens on Hungjao Road, the sanatorium will be haven for the ill and for those who want peace and rest.