Shanghai Mental Health Center celebrated its 85th anniversary on September 6 with a grand ceremony that mirrored its opening in 1935.

Established as Shanghai Mercy Hospital for Nervous Diseases, the center was then known as the largest mental hospital in the Far East.

“The hospital was founded to treat patients with mental illness by Lu Bohong (Lo Pa-hong), a well-known Chinese industrialist, philanthropist and Catholic who was the first director. Now the former site serves as the Minhang branch of Shanghai Mental Health Center. Most buildings are well preserved and used according to the original design. It is a historical and cultural heritage site protected at the municipal level,” said Tongji University professor Qian Zonghao, an expert of Shanghai architectural history.

When the hospital opened in 1935, the North-China Herald reported that “China has added on more modern health institution to her already lengthening list.” 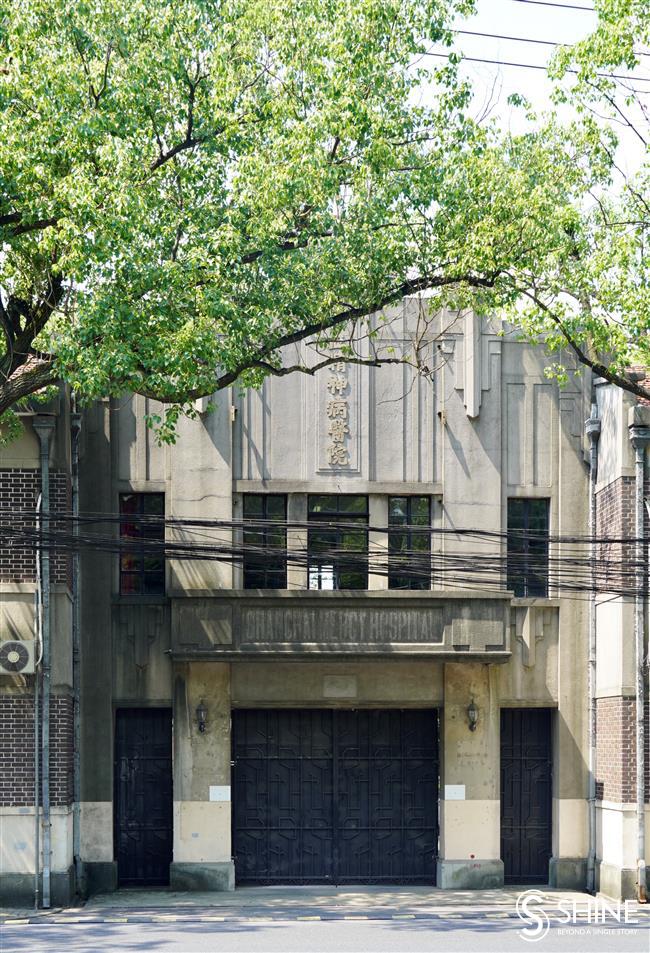 Shanghai Mercy Hospital for Nervous Diseases opened its doors in 1935.

“This time, it is a specially built hospital for the observation and treatment of nervous diseases,” the paper reported on July 3, 1935.

The institution celebrated its official opening with a grand ceremony on June 29, 1935. Around 1,000 persons, representing civic officials, leaders in various medical fields, missionaries of Catholic orders and both foreign and Chinese, assembled outside the hospital. Lu Bohong presided over the ceremony.

A leaden sky promised rain for the occasion, but it happened that “this promise was not fulfilled until the ceremonies were well over.” Many distinguished guests came to see the buildings and attend a reception of tea on one of the terraces overlooking the garden.

The hospital’s eight buildings occupied about 667,000 square meters of land to offer accommodation to 600 patients. In addition, there were several buildings for therapeutic purposes, laboratories, administration offices and dormitories. The hospital was built by Messrs Yao Tze-ti Architect Co, under the supervision of experts for psychiatry. It had state-of-the-art equipment for the treatment of mental diseases, with departments for physiotherapy, hydrotherapy and occupational-therapy etc. A part of the hospital was devoted to teaching for the National Medical College of Shanghai.

A file photo of the hospital compound

“The buildings themselves are of red brick and concrete, with red-tile roofs and sit comfortably against the background of the pleasant countryside. They are spaced at some distance from each other. In between there are gardens carefully planted with decorative shrubs and flowers. Yesterday the buildings were decorated with flags of many colors, and the gardens were festive with bunting,” the China Press reported on June 30, 1935.

During the opening day, guests surged through the interiors of the structure, admired the many unusual features and were impressed with the long and sunny verandas that lined the buildings on every story. They were also interested in the spaciousness of the numerous private rooms.

“This institution is something of an innovation in China, for at no previous time has there been a mental hospital built in this scale. It combines treatment with research. A large section has been reserved for intensive study. This will be operated under the direction of the National Medical College,” the newspaper reported.

The 1935 report also introduced the efforts of Lu who had “worked unselfishly for his dream of a first class institution of this sort.”

“His quiet and modest pleasure at what he saw yesterday spoke plainly of his satisfaction and pride,” the newspaper said.

“Lu’s family was influenced by Xu Guangqi, a Ming Dynasty (1368-1644) minister whom Xujiahui was named after, to convert to Christianity. Adept at doing businesses with the French, Lu founded a galaxy of companies, religious institutions and philanthropic projects,” Li said.

According to Professor Qian’s research, a rainbow of 10 original buildings including the former outpatient building, No. 3 to No. 10 wards and a chapel are still preserved today. 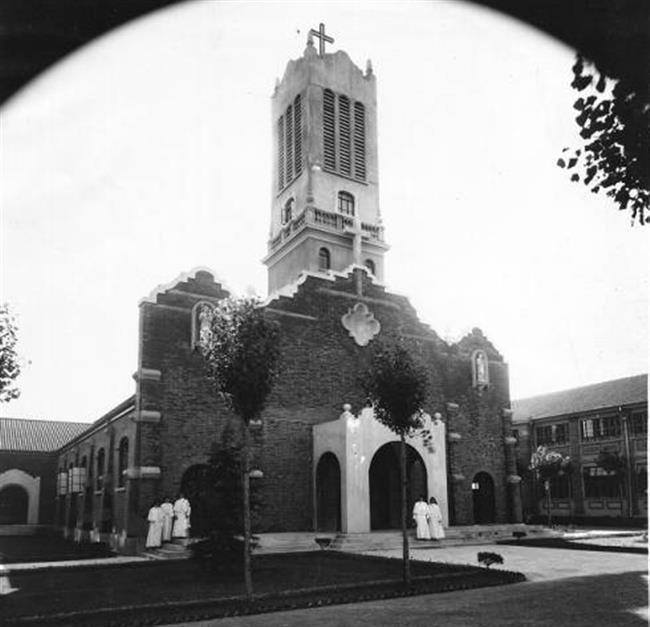 A file photo of the chapel of the hospital 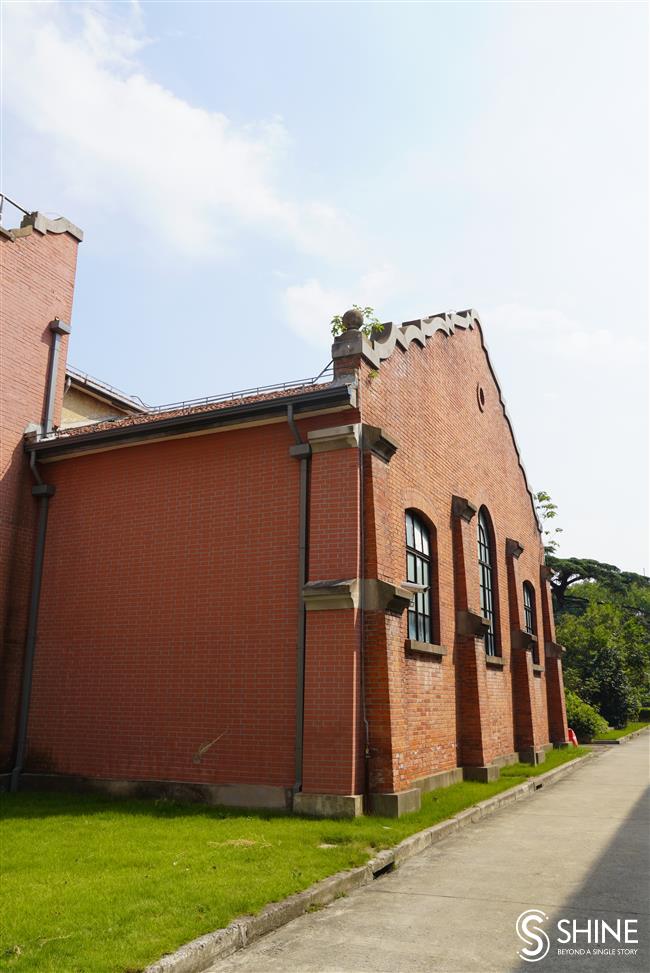 A recent photo of the chapel of the hospital

“The buildings are all brick-concrete structures in a uniformed style. The red-brick external walls are graced by granitic plaster sticks. Steel windows are opened between the wall stacks,” he said.

During the 1935 ceremony, it was pointed out that much attention had been paid to the problem of public health in Shanghai, but that far too little consideration had been given to nervous and mental diseases. There had been many new hospitals but there had been none, especially for the treatment of psychopathic cases. The Shanghai Mercy Hospital for Nervous Diseases would do much to satisfy this need.

Dr Fanny G. Halpern, a foreign missionary and medical director of Shanghai Mercy Hospital, said many nervous and mental cases had to be treated in private homes when a change of environment would seem almost a necessity. She pointed out that many cases were curable, provided adequate facilities were offered. She added that preventative psychiatry should be a major part of its program.

“After the war broke out in 1937, a hospital for wounded soldiers and a refugee center was established here, which continued to operate in a normal way during the warring times thanks to a German priest of the hospital who negotiated with the Japanese army. After the war, the hospital received funding from the United Nations Relief and Rehabilitation Administration and the Chinese Catholic Welfare Association. But during the civil war, the water tower and bell tower of the chapel here were blown up by the Kuomintang troops,” Qian added.

After 1949, Shanghai Military Management Committee took over the hospital in 1952 and renamed it Shanghai Municipal Mental Hospital. Famous Chinese psychiatrist Su Zonghua was in charge of the hospital which was merged with the city’s other private mental hospitals. 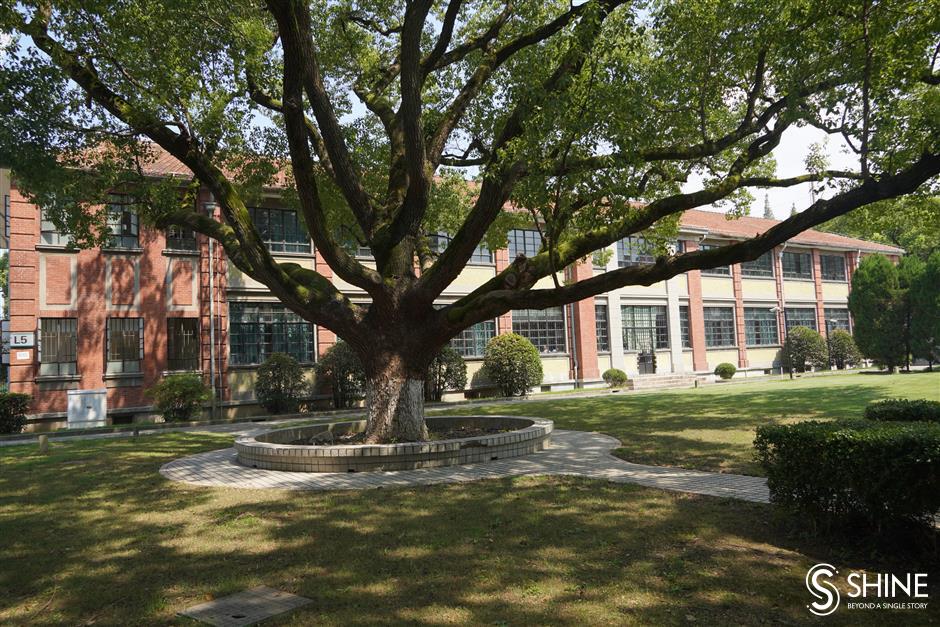 “The Minhang branch received patients who needed to stay for a longer period of time, such as those who suffered from Alzheimer’s dementia. With the most cutting-edge medical facilities and technologies, our hospital is treating more than 1,400 patients now,” said Sui Jinzhong, a senior administrative officer of Shanghai Mental Health Center.

He says compared with 85 years ago, there has been more medicines and treatments for mental diseases. In the former red-brick chapel, the center offers therapies from painting and reading to meditation for patients who are in a more stable condition. Artworks created by these patients grace the interiors of the chapel. Some artworks vividly showed medical workers’ fight with the COVID-19 virus. Earlier this year, the medical center has sent doctors to Wuhan for psychiatric treatment for both patients and doctors. 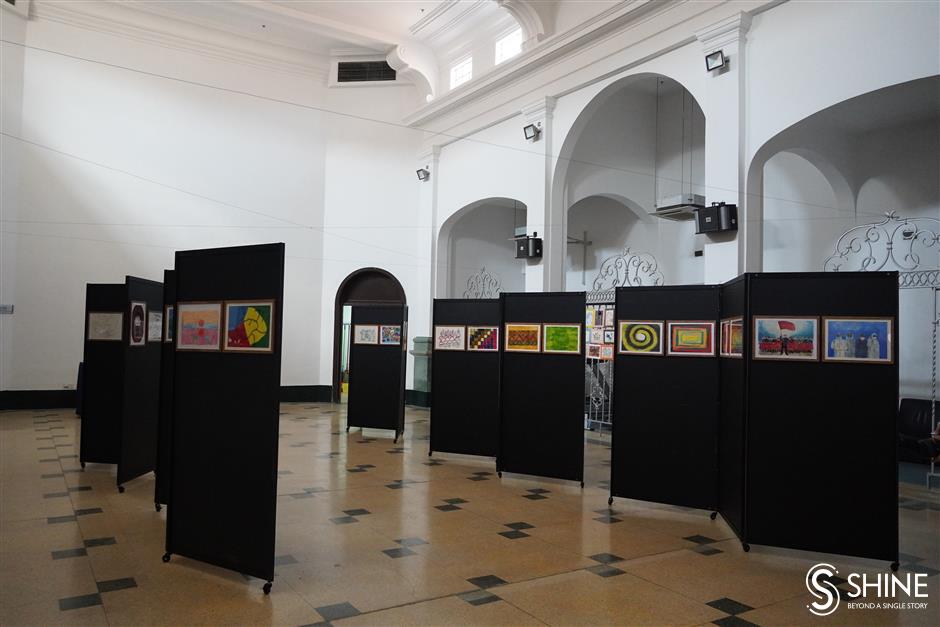 In the former chapel, the center offers therapies from painting and reading to meditation for patients. 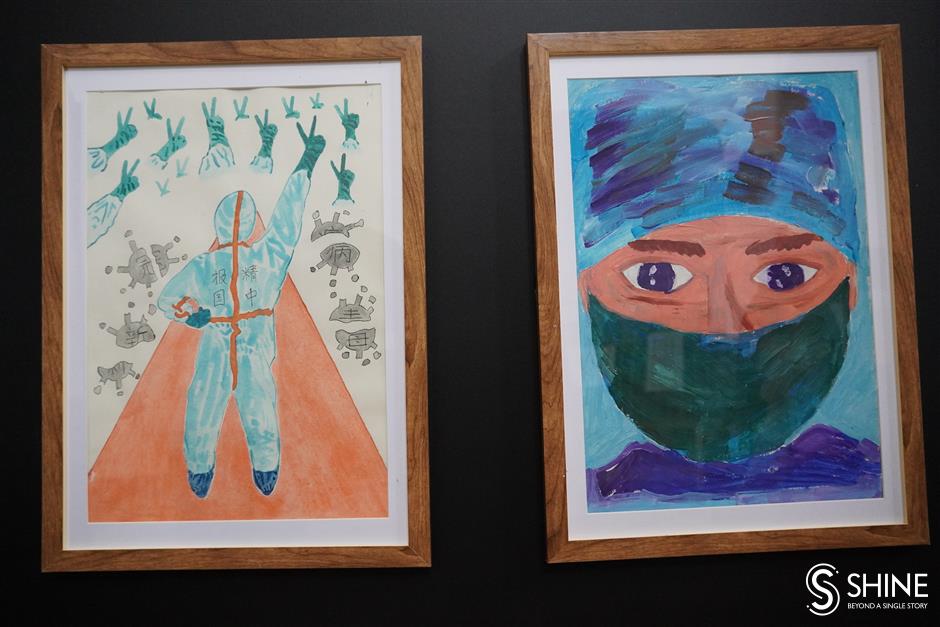 An artwork drawn by a patient shows a medical worker who fights with the COVID-19 virus.

“After the outbreak of the COVID-19 epidemic this year, it is responsible for the mental health of Shanghai’s residents, alleviating anxiety for the whole society, and popularizing the knowledge of mental health,” she said.

Back to 1935, the opening ceremony of this institution was admired as a notable event for “it was an occasion dedicated to humanitarianism. It marked an excellent beginning.” 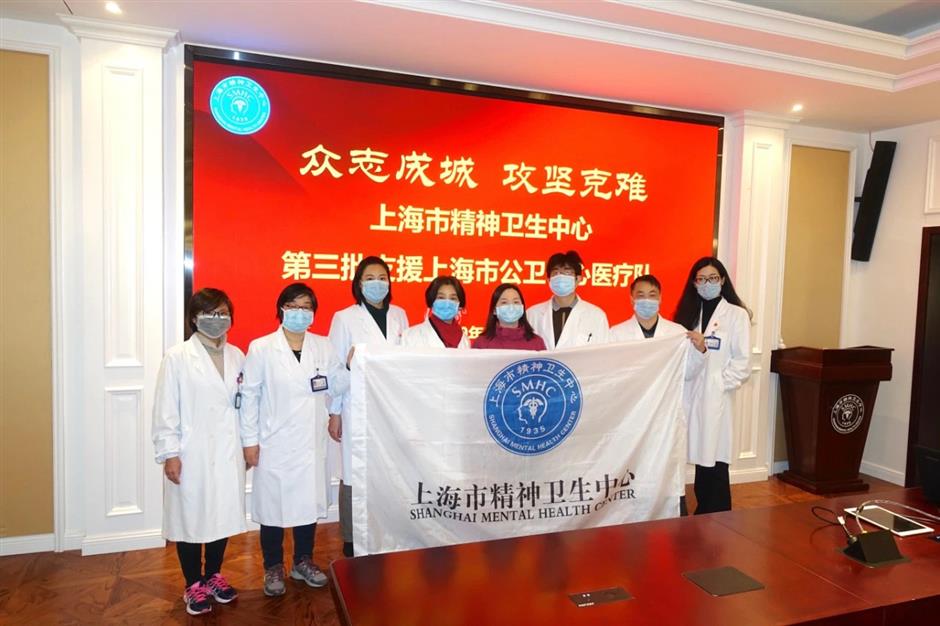