Pandemic fight at forefront of institute as history rhymes with itself

Mark Twain once said, “History never repeats itself but it rhymes.” And the American writer’s epigram is never more fitting when applied to the historic medical center situated at 207 Ruijin No. 2 Road.

The Institut Pasteur of Shanghai Chinese Academy of Sciences received a municipal prize for its work during the COVIC-19 pandemic in September last year, while ironically, in the 1930s, the medical center’s predecessor also battled an epidemic.

Tucked away in a yard beside the Ruijin Hospital, the beige-hued building at 207 Ruijin No. 2 Road is a modern architecture with curved corners. It was built in 1934 to serve as the laboratory of the former French Concession and later operated as the Shanghai Pasteur Institute. 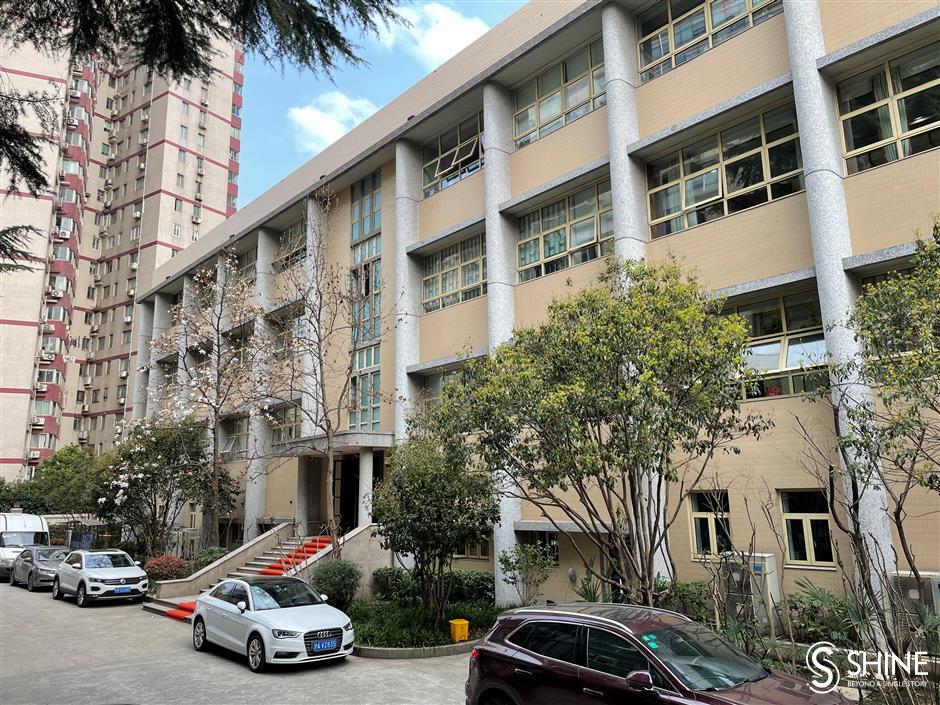 A picture of the building’s simply-cut façade was published in the China Press on July 27, 1935.

“The new Frenchtown laboratory will be one of the most modern and complete in all the Far East. The exterior photograph well displays the functional modern architecture used,” the caption reads.

A 1941 article by Liu Yongchun, the then deputy director of the institution, revealed the history of the Shanghai Pasteur Institute traced back to 1922, when the local government established a clinic for epidemic prevention and control in the Ste. Marie’s Hospital (today’s Ruijin Hospital). The project also celebrated the 100th anniversary of the birth of French chemist/microbiologist Louis Pasteur (1822-1895). Pasteur was one of the most important founders of medical microbiology. And as a consequence, the clinic later became a medical laboratory.

As the population grew rapidly, a large-scale medical lab was constructed. On July 1, 1936, a large crowd gathering at the portals of the new French Municipal Laboratory on Route Pere Robert (now 207 Ruijin Road 2) “paid tribute to medical progress in Shanghai and later proceeded to inspect the glistening hallways within.” 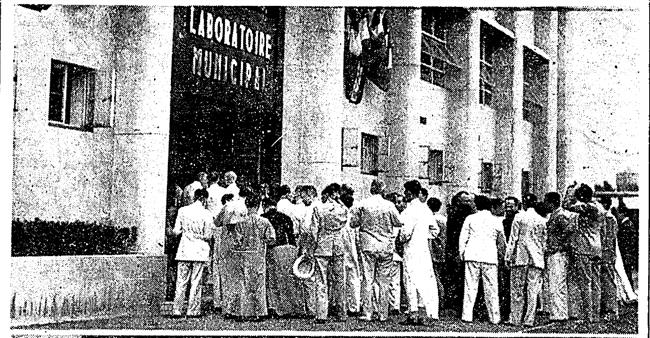 People gathered at the portals for the opening ceremony of the French Municipal Laboratory at 207 Route Pere Robert on July 1, 1936. 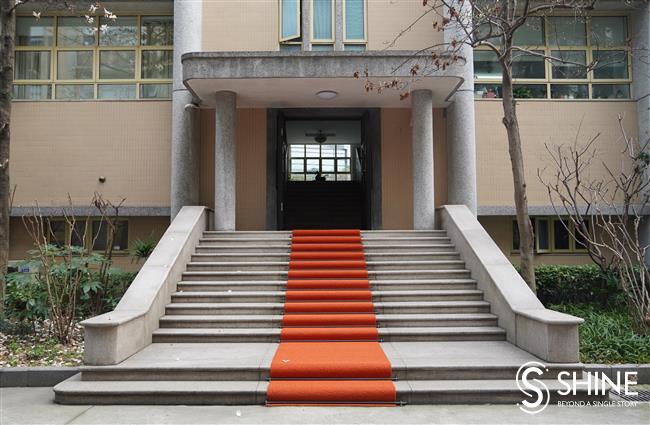 The entrance to the building takes on a new look today.

The building was opened by Ambassador P. E. Naggiar in the presence of French civic and governmental officials, health authorities and medical workers. After the playing of the “Marseillaise,” addresses were given by the ambassador, the Consul-General and M. Jaspar, director of Public Works for the French Municipal Council.

“Jaspar stated the laboratory had been erected to assist medical practitioners in their daily duty, research into dangerous diseases, manufacture vaccines and cooperate with the Health Bureau in the effective supervision of drinking water and food. He paid tribute to the director of the laboratory, Dr. Reynall and spoke of his previous experience in research work while attached to the Pasteur Institute in Paris,” the North-China Herald reports on July 8, 1936.

The laboratory offered most services free of charge to inhabitants of the former French Concession. A number of large hospitals, such as the Russian Hospital, the Isolation Hospital and Ste. Marie’s Hospital, also received free services. Only private institutions and physicians were charged.

The report revealed the new building, which was bedecked with French national flags, presented a fine appearance from the outside. Inside, it was fitted with the most modern appliances of its times for the carrying on of research work.

“The building is entered through a spacious hall and a fine staircase leads up to the first floor, where most of the administration offices are situated. The laboratory contains a luxuriously fitted library, the furniture being of the ultra-modern tubular style, while the research department is extremely well fitted. In the section of the building set aside for research into hydrophobia, which will form a large part of the work undertaken by the laboratory, there is a room fitted with wire cages. Research work also will be carried on in connection with typhoid, cholera and other diseases prevalent here,” the 1936 report said.

Visitors attending the ceremony were impressed by the beautiful finish of the corridors, the rooms and the fine library.

“Every effort had been made to make the structure as simple and practical as possible. Light and airy and perfect working conditions largely determined the character of the exterior design. The building was said to be an excellent example of the functional in modern building design,” a preview report in the China Press noted on July 27, 1935.

The building cost over US$300,000. Leonard, Vesseyre and Kruze were the architects in charge of the design and construction. It was a prolific design firm managed by three French architects, Alexandre Leonard, Paul Veyssyre and Arthur Kruze.

“The laboratory building located at the southeast end of the renowned Ste Marie’s Hospital is a solid, modern architecture of five floors. Alexandre Leonard adapted his signature curved corners. In addition, he made an experiment to place pillars on the external walls. Viewing from afar, the semicircular pillars divide identical windows and present a modern feel,” researcher Wu said.

He adds that Leonard insisted proper space arrangement and a comfortable environment for living or working in his design. The appearance of a building was only a setting for its proper function and comforts. Owing to a limited budget, the architect had also taken building cost, as well as the beauty and steadiness of a public building into consideration. 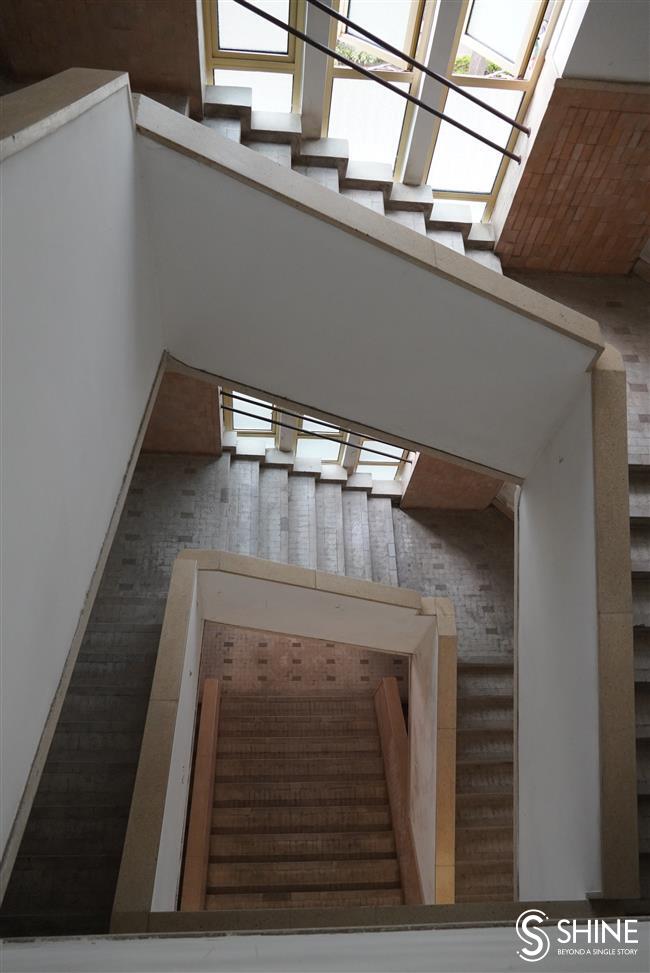 In 1938, the French municipal laboratory was reorganized into the Shanghai Pasteur Institute after a discussion with its Paris home center. Founded by Louis Pasteur in 1888, the Institut Pasteur is an internationally renowned center for biomedical research with branches all around the world today.

The North-China Herald on August 10, 1938, revealed the local branch of the Pasteur Institute was inaugurated earlier that year in the premises of the laboratory building on Rue Pere Robert. Dr. J. Raynal arrived from Indo-China to take charge of the new institute.

Dr. Lieou (Liu Yongchun) who wrote the 1941 article directed the department of Vaccines. He had worked at the Paris Center of the Institute, in Strassbourg and Saigon, where he directed the branch of the Saigon Pasteur Institute.

Liu noted that the Shanghai branch of the Pasteur Institute had done much practical work during the three years. However due to financial difficulties, the institute did not carry on the research and education work as scheduled. 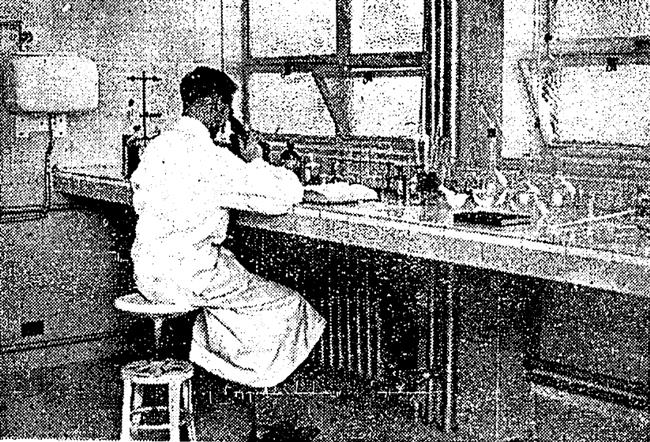 A section of the laboratory was used for crime identification.

The institute was taken over by the Shanghai government in 1950 and merged into the newly founded PLA Academy of Military Sciences in 1951 and moved to Beijing in 1958.

Since then, the building has been used by the National Institute of Parasitic Diseases, Chinese Center for Disease Control and Prevention.

In 2004, French President Jacques Chirac attended the inauguration of the Institut Pasteur of Shanghai co-founded by its Paris center and the Chinese Academy of Sciences. It was established to promote cooperation between France and China in the field of preventing and treating new infectious diseases. The new institute was opened in the former Aurora Museum at 411 Hefei Road, another modern-style building designed by Leonard and his firm in the 1930s. 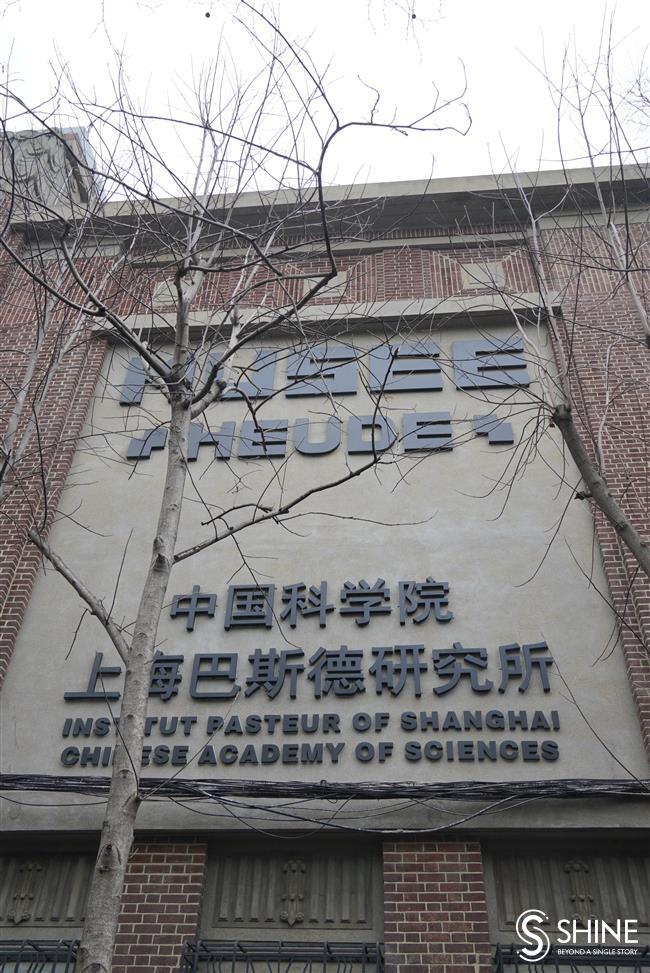 The Institut Pasteur of Shanghai was opened in another building by Leonard and his firm.

Today, the beige-hued building is well preserved with the original curved corners and pillars on the facade, the stylish staircase and marble door pockets. These modern, functional details are living proof of the endless efforts for public health.

Yesterday: French Municipal Laboratory (in 1936) and Shanghai Pasteur Institute (after 1938)
Today: The National Institute of Parasitic Diseases, Chinese Center for Disease Control and Prevention
Architects: Leonard, Veyssyre and Kruze
Built in: 1936
Address: 207 Ruijin No. 2 Road
Tips: The façade of the building can be admired from Ruijin No. 2 Road.

Prof. P. Noel-Bernard of the Scientific Committee of the Paris Pasteur Institute, Counsellor of the Institute’s Department on Far Eastern questions, and their Inspector for the Far East, arrived yesterday to inspect the local branch of the Institute, on behalf of the Director-General and convey to local scientists greetings and encouragement in their work from the Home Center. Yesterday morning, immediately after his arrival, he visited the local Pasteur Institute at 207 Rue Pere Robert, where he was shown over the premises by Dr. J. Raynal, Director of the local branch. At the end of the inspection, Prof. Noel-Bernard stated to a “North-China Daily News” reporter, that he was very pleased to find, the local branch of the Institute excellently equipped, organized and administered.

“The institute, now, thanks to this financial support, possesses everything necessary for the study and research in local diseases, various types of analysis, production of vaccines, and in fact everything necessary to minister to local sanitary needs, which are beyond the scope of ordinary laboratory,” he said.

The visiting scientist was particularly pleased to find the branch exceptionally well prepared to handle various types of water analysis.

“Water control is a very important factor in the struggle against epidemics in the Far East, and it gives me great pleasure to note that the Shanghai branch of the Institute is well equipped to handle these types of analysis, as well as other types of bacteriological research,” he said.

The present fight against cholera requires much vaccine and the institute’s present monthly output of these vaccines reaches 1,000,000 c.c. A stock anti-typhoid and anti-paratyphoid vaccine is always kept in quantity sufficient to meet the local demand, while anti-rabic vaccine is also made. Besides these, the institute produces B. C. G. (Calmettes Guerin) anti-tuberculosis vaccine. This vaccine was used at the rate of some 300 doses per week, vaccinating, with the assent of the parents, newly born babies, at the Ste. Marie’s Hospital. The vaccinations have given encouraging results and the possibilities of more extensive use of the vaccine, are at present further studied.