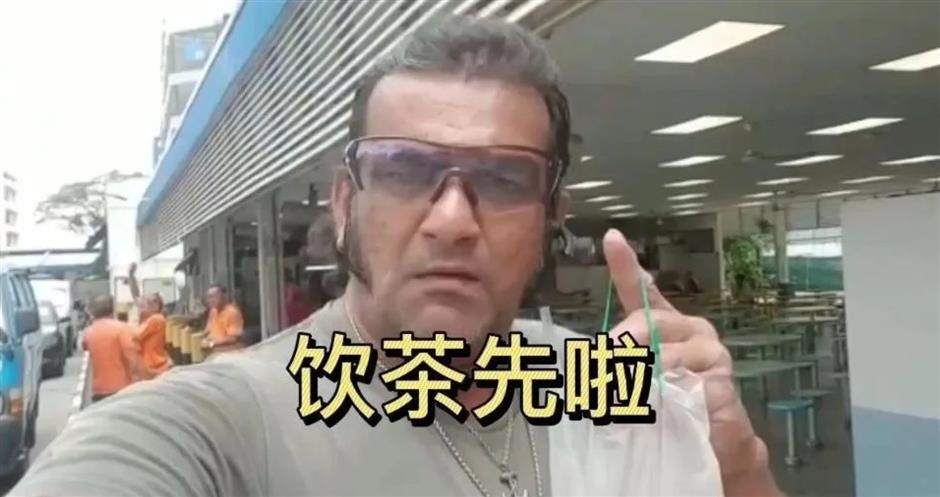 The popular meme comes from a video that Bernard Tee posted on his Facebook page in early March of 2020. In the video clip, the Malaysian, with a plastic bag of milk tea in hand, spoke to the camera in Cantonese: "Hey, it's after 3pm. Why the heck are you still working? Go grab a tea first! It's no use to work that much. Your boss won't give a damn about it." The clip quickly went viral after it was uploaded onto several short video platforms, such as TikTok and Bilibili, one of China's major video-sharing websites. Most viewers were stunned by Tee's fluent Cantonese, and it echoed in the hearts of Cantonese-speaking viewers. Thanks to Tee's many expressions on his face and with his body language, even those who don't understand what he's saying can instantly understand the message. It won the hearts of many working-class viewers, and inspired numerous recreations online, including meme stickers and short videos in different dialects. Many regard it as a show of resistance against the prevailing "996" workaholic schedule – 9am-9pm, six days a week – in China.

The job is so tiring, go grab a tea first. 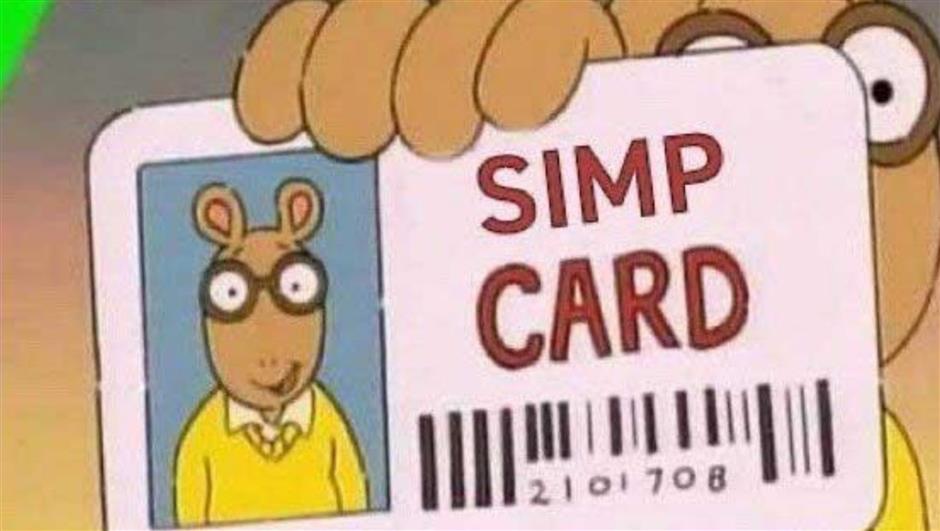 Literally, the term means "a dog that laps" in Chinese. An equivalent to "simp" in English, shortened for "suckers idolizing mediocre pussy," it refers to people who will generally do anything for someone they like. The term made a comeback in China's social media when Wang Sicong, online celebrity and son of Chinese real estate and film industry tycoon Wang Jianlin, had an online bickering with Sun Yining, a livestreamer of some renown. Sun recently posted her WeChat chat log with Wang over the past four years, disclosing how the silver-spoon kept badgering her into agreeing to date him despite her repeated refusals. The post drew heated discussions overnight. A great many male netizens made fun of Wang, calling him "simp," while females accused his advances on Sun as forceful, condescending and bullying.

She mocked herself for being "simp," that she will do anything just to please her loved one.