Tibetan musicians travel from river to river for concert

Tibetan singers and musicians joined hands with the Shanghai Conservatory of Music over the weekend, presenting a concert titled "From the Yellow River to the Yangtze River" at Shangyin Opera House.

The local conservatory has been sending musical experts to the Golog Tibetan Autonomous Prefecture in northwest China's Qinghai Province to communicate with folk musicians in the area and help them promote local musical culture to other parts of the country.

With the help of the conservatory, Golog formed its first chamber band this year. The instruments the band uses include piano, bamboo flute and ancient folk instruments like an eagle bone flute, the xianzi string instrument and dingxia percussion instrument. 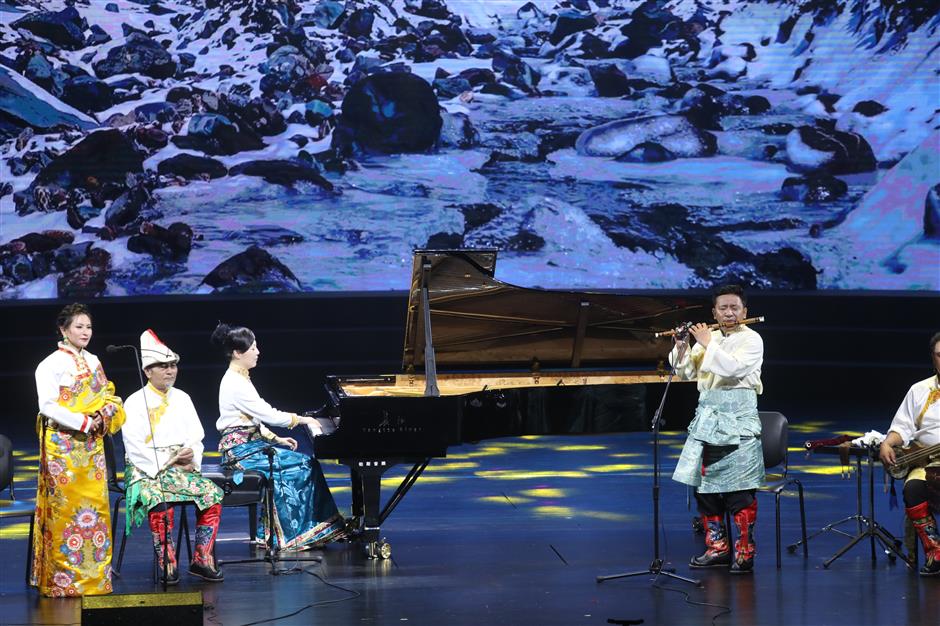 The chamber band premiered at the concert, which also included Golog's folk dance troupe and the conservatory's symphony orchestra and chorus.

"The songs and music by folk musicians in Golog are like the snow mountain – pure and plain. They reach your heart directly," said Liu Zhaolu, a professor at the conservatory who was also the concert's artistic director. "After receiving professional musical training, they will be able to present more surprises and possibilities."

After the Shanghai premiere, the concert will travel to Qinghai's Xining and Golog, as well as Beijing.

Meanwhile, the Shanghai Conservatory of Music announced Xining's Golog Middle School will be an authorized spot for grading music tests to help promote and standardize music education in the area.