Fans of Hanfu – the traditional clothing of Han people – created a short film about bridal nostalgia around Mid-Autumn Day during the Ming Dynasty. Set in Jiading, Guyi Garden is one of five famous Shanghai gardens featured in the film. 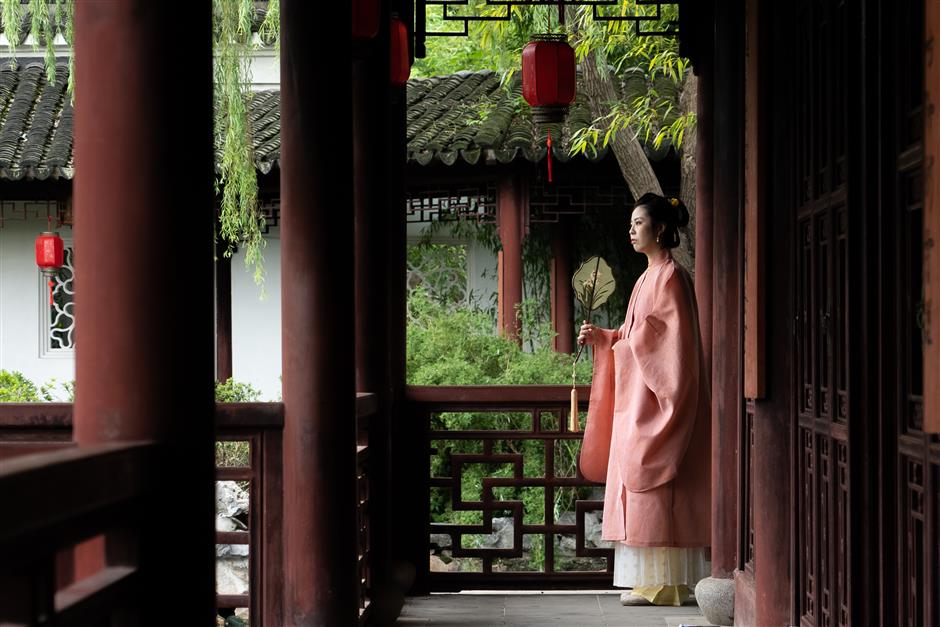 Xu Yueer is a part-time actress featured in the film who also worked on the creative team. She shares how the production was inspired by personal experience and ancient portraits of women. "My mum works out of town. She sent me a photo of some Osmanthus blossom, and I went around Shanghai trying to find it here. I had no luck, the Osmanthus season hadn't arrived." 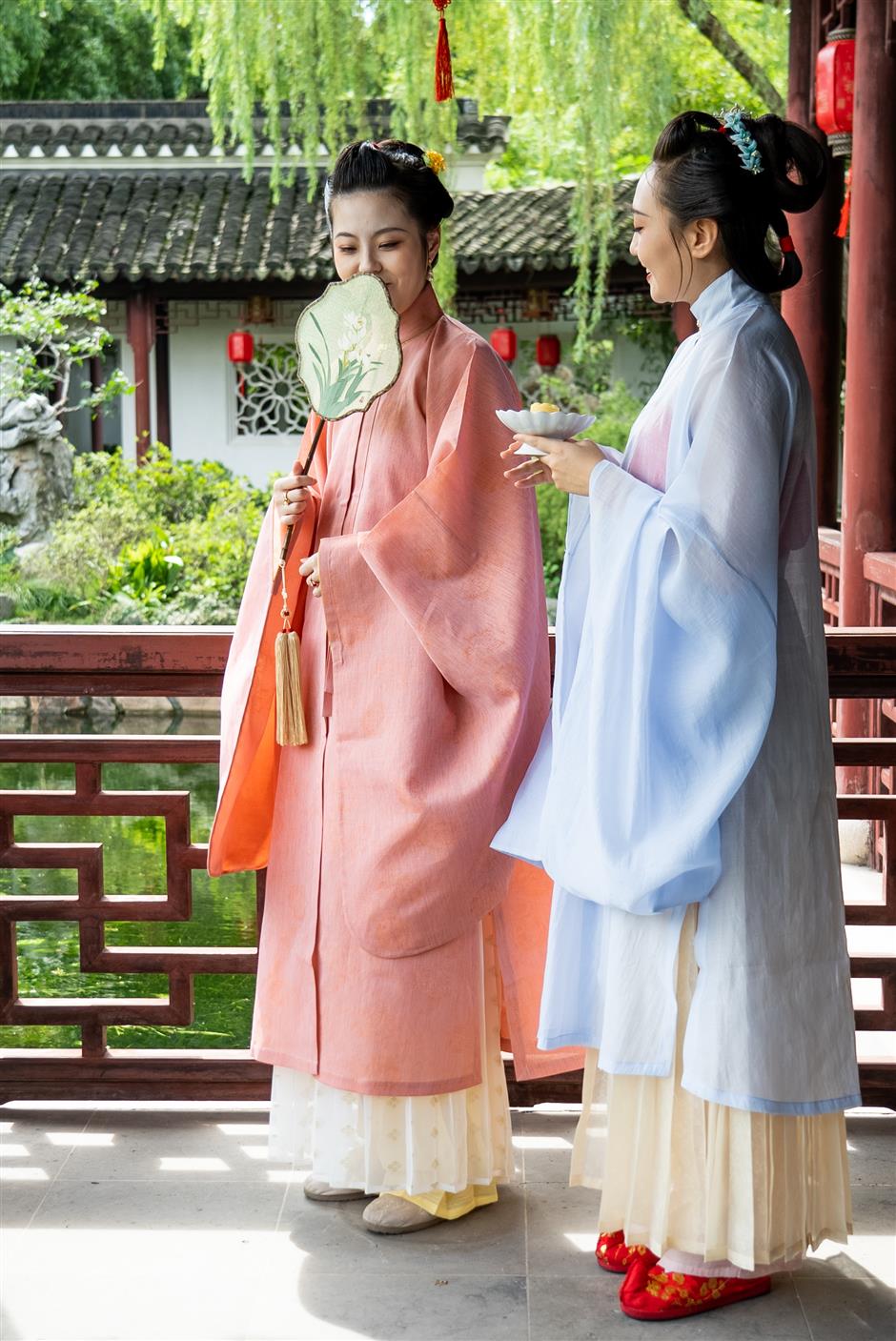 In the film's portrayal, Lady Jia is a newlywed saddened by a late flower season. Osmanthus usually blooms around Mid-Autumn Day, symbolizing family ties and reunion. But without the flower, Jia is left longing for her parents. Lady Xu, Jia's sister-in-law, sees this sadness and weaves a silk flower for comfort. The story ends with Jia immersed in the bliss bestowed by the womenfolk of her new family.

To add authenticity and promote the diverse dialects of Jiangnan, the crew dubbed their film using the local language. As Hanfu enthusiasts, Xu and her team also looked to museums and historical papers to inform costumes, make-up, and props. The group, who all have different day jobs, gathered for the project out of love for Hanfu clothing. Xu herself has been wearing this style for eleven years, "Hanfu isn't just for beautiful women," she says, "that's why our story features ordinary people and everyday life." 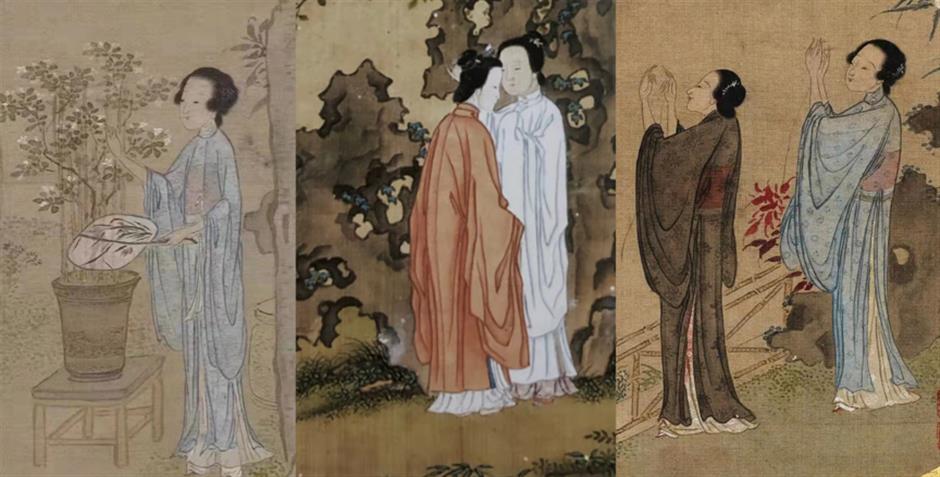 Ancient portraits that inspired the film.

Looking ahead, the crew are inspired by other locations around Shanghai, like Guangfulin Relics Park, Baoshan Temple, and Qiuxia Garden. Keep watch to spot them in future production.