Celebration of historical port in Songjiang 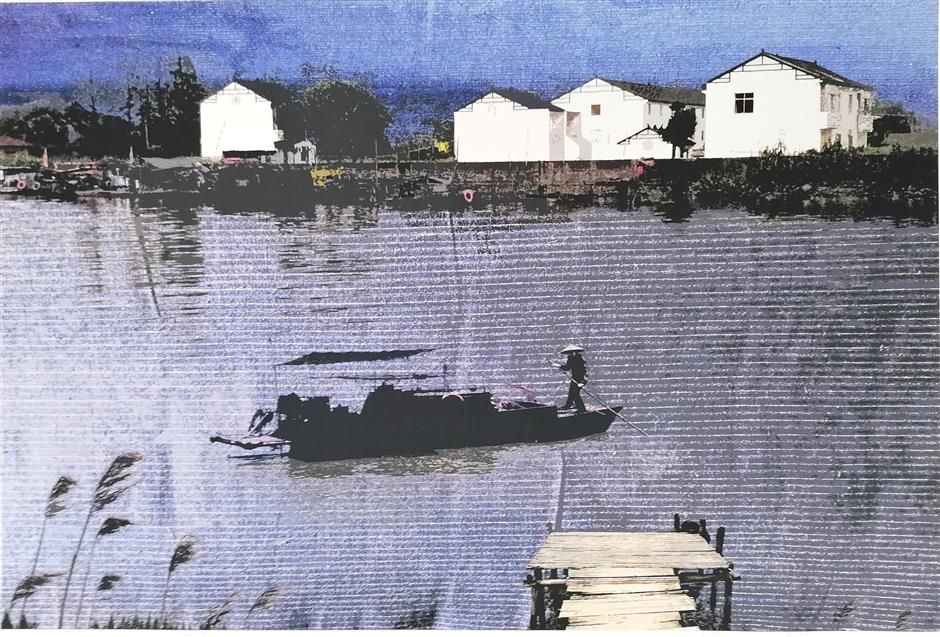 A cultural and art exhibition celebrating the 143-year-old Mishidu Port took place at the Songnan Mishidu Countryside Park in Songjiang District's Chedun Town on October 2. The one-day exhibition featured a display of wood from shipwrecks, silkscreen block prints inspired by the history of the port, singing and dancing performances and a fair selling cultural products like fans and canvas bags. Among the displayed items, the silkscreen block prints portraying the port culture will also be displayed in the town's silkscreen printing center for the next few months.

Mishidu Port formally initiated its vessel sailing in 1878, and dates back to the Ming Dynasty (1368-1644). As the port developed, the surrounding area became fertile land, with vessels passing, fishermen acknowledging one another, stores going up and streets crowded with residents and merchants. In the modern era, the port, together with Songjiang Railway Station, facilitated people's transit via water and roads.

However, as bridges continued being built across the Huangpu River, ferry passenger flow diminished. On June 11, 2012, Mishidu Port suspended its ship service and ended its mission as a water transport hub for more than a century.

Yet its vitality remains. In 2014, Chedun Town started its village house removal project to make space for the construction of the Songnan Mishidu Countryside Park. Mishidu Port, as a first phase renovation project, welcomed its rebirth as a cultural icon.

"Songjiang is a fertile land thanks to the Huangpu River. As a child growing up along the riverside, I had rich feelings toward the upper reaches of the river. Therefore, I collected dozens of boat tickets that are relics of the area's ferry transport between the 1950s and 1970s," said Qian Bin, a silkscreen block print artist and collector.

Qian's collection of tickets is from boats that once connected Mishidu Port with ports in other villages, towns and people's communes.

"They are witnesses of a grand bygone era, and can remind us of many stories related to the era's traffic conditions, commodity prices and people's lifestyles," Qian said.

As a silkscreen block print artist, Qian's works are also part of the exhibition. One portrays people flying kites in front of the port's portal frame.

"This year's celebration doesn't include the kite flying. It's a scene in my imagination. I hope next year we'll have one," said Qian.

Li Yubing, born in neighboring Anhui Province and a recent transplant to Songjiang, displayed his wood-from-shipwrecks collection during the exhibition.

"I salvaged wood from shipwrecks in previous years when doing so was still allowed in the country. I was born in a riverside area and my family owned two wooden boats. I had deep feelings toward wooden boats, and feel happy that my collection of boat wood can guide people to learn more about rivers and navigation," said Li. 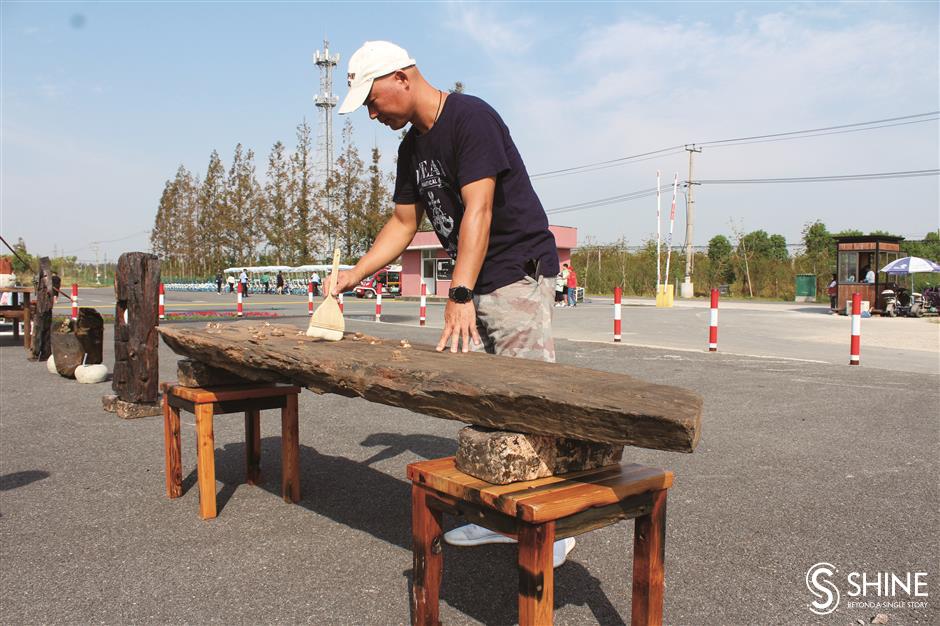 Li Yubing, a recent transplant to Songjiang, displays his wood-from-shipwrecks collection during the exhibition. 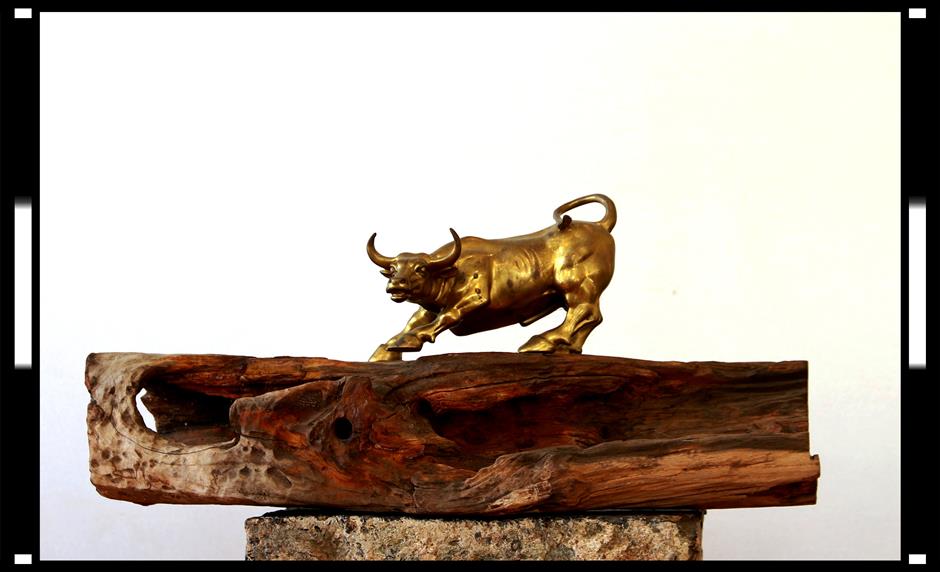 A piece of wood from shipwreck

The port cultural and art exhibition, Chedun's first of its kind, was sponsored by the township government and organized by the town's cultural and sports center. The group of silkscreen block print artists took a research trip around the port and the countryside park in July to prepare their artworks, each one either recording the port's past glory and recession or expressing people's expectations toward its future.

"Mishidu Port used to be a traffic and trading hub. Now we're holding a cultural and art exhibition to tell a good story about the port and Chedun Town. We hope the port will become a cultural icon that witnesses the revitalization of the town," said Jiang Xuefeng, head of Chedun Town. 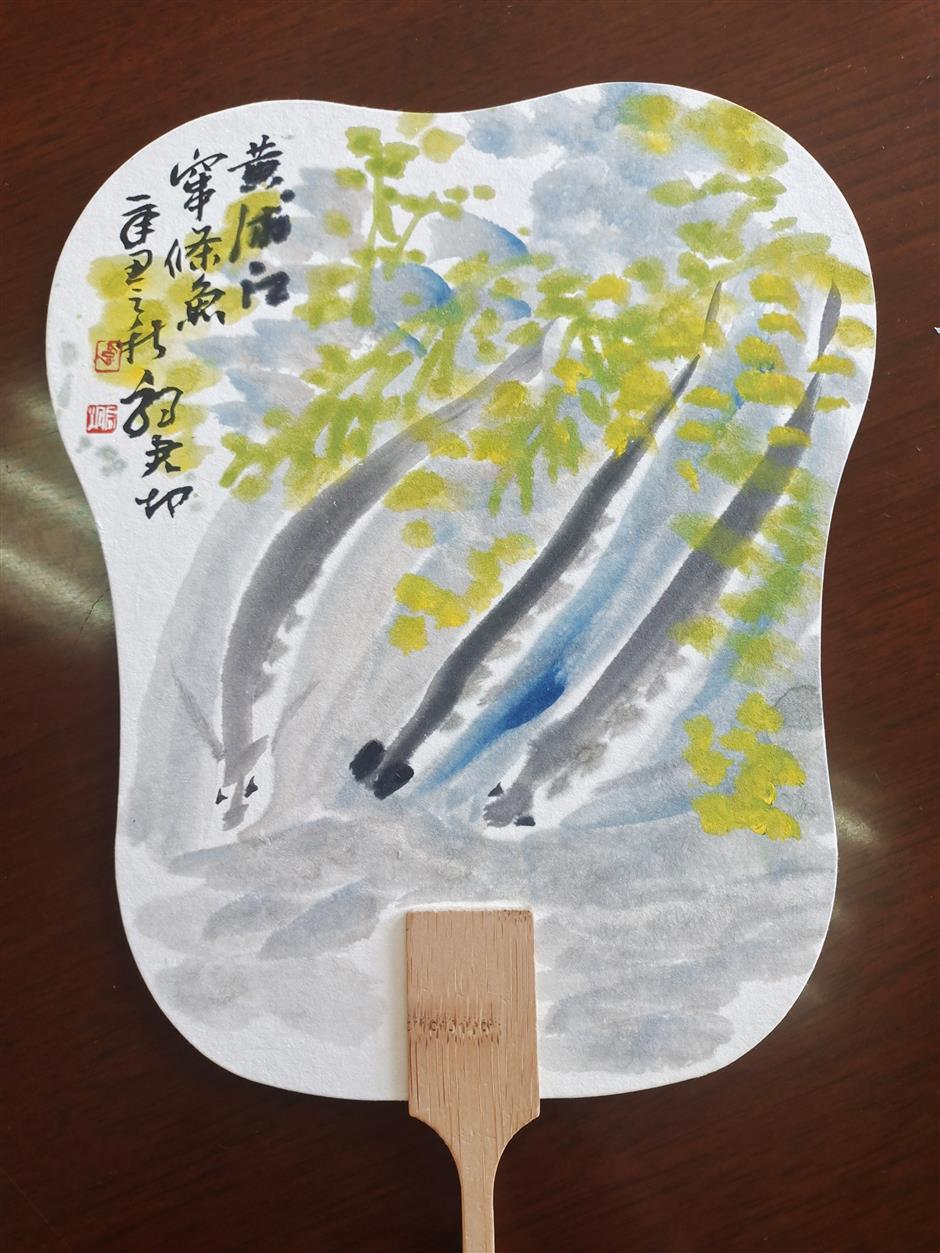 A fan with painting on it

Special Reports
﻿
61771
,
Celebration of historical port in Songjiang
Manga festival sees deals worth US$74m signed
Showtime where you least expect to find it
Art inspired by video games and sense of space
Serving up camaraderie with a cup of tea
ART021 opens another art fair, this time in Shenzhen
Sowing the seeds of a wider opera-loving public
Traditional instruments and technology co-star in an unusual exhibition
Fledgling musicians display the passion, creativity of youth
City promises a 'golden autumn' of art season performances
EXPLORE SHINE