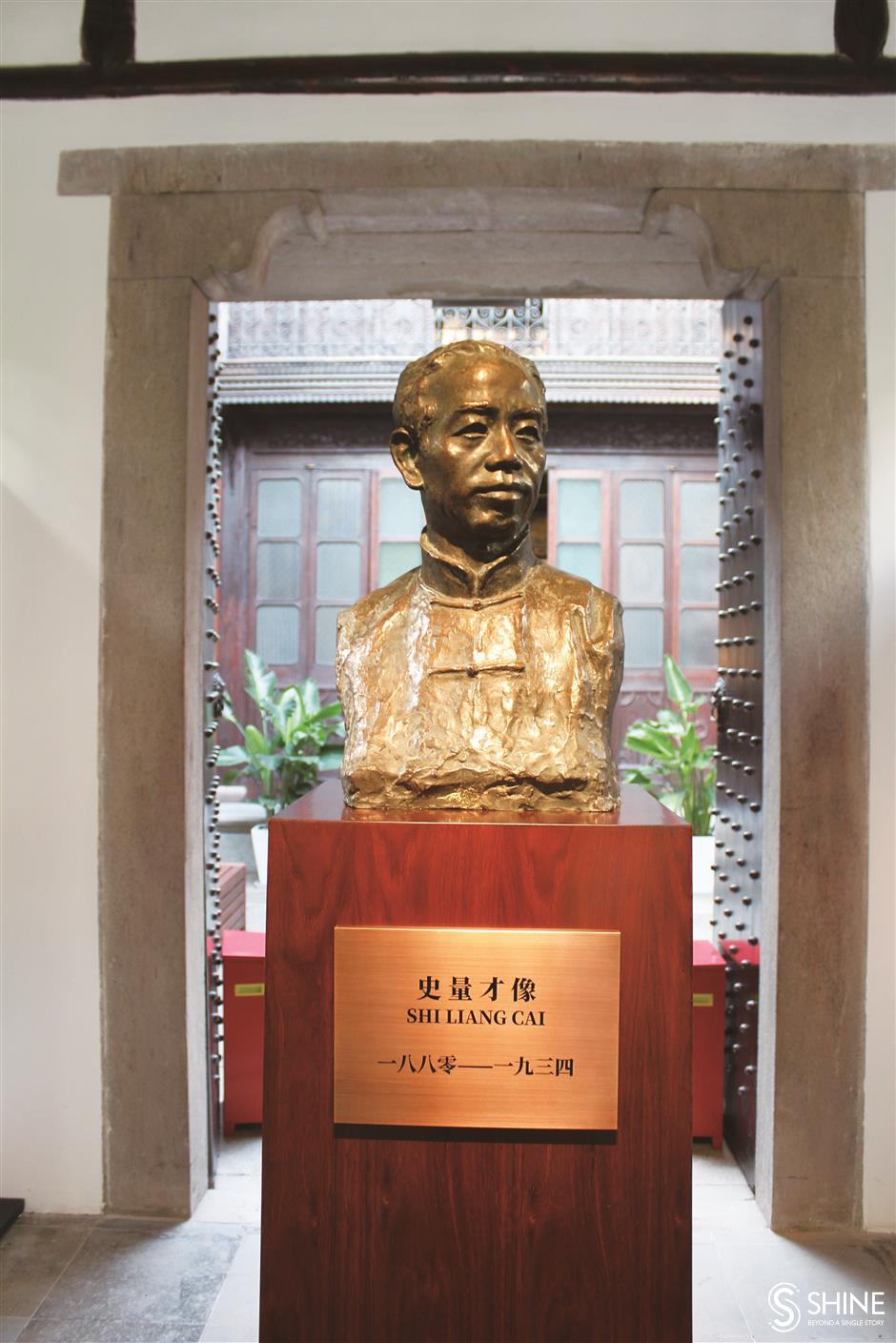 A statue of Shi Liangcai

The former residence of Shi Liangcai (1880-1934), a press magnate during the Republic of China (1912-1949), is among a group of historical relic sites in Songjiang's Sijing Town that have opened to the public in recent years.

The residence, consisting of a two-story zoumalou building in the shape of a hoof, covers 1,000 square meters and is a combination of both Oriental and Western architectural styles.

Zoumalou, a unique southern China residential building style, has corridors in its buildings with unblocked space, since "zouma" literally means where horses can walk through.

Also called "Ming De Hall," the residence was a gift that Shi sent to his wife Pang Mingde at the beginning of the 20th century. A stone tablet inscribed with Pang's name can still be found in the northeastern wall footing.

From May to August of 1949, it was the location of the Songjiang County government and Sijing Township government in succession. It was listed as a Songjiang District protected cultural relic site in 2000.

The residence's well-preserved condition is due to several maintenance projects. The latest was initiated in November of 2020 to restore its original features and optimize its spatial layout.

A new exhibition showcases Shi's youth in Sijing, his patriotic deeds and connections with other patriots.

Born in Nanjing, Jiangsu Province, he was proprietor of the Shun Pao (Shanghai News), the most widely circulated Chinese newspaper in Shanghai, before being assassinated in 1934 by a Kuomintang secret agent.

Special Reports
﻿
61771
,
Residence a tribute to assassinated press magnate
Celebration of historical port in Songjiang
Manga festival sees deals worth US$74m signed
Showtime where you least expect to find it
Art inspired by video games and sense of space
Serving up camaraderie with a cup of tea
ART021 opens another art fair, this time in Shenzhen
Sowing the seeds of a wider opera-loving public
Traditional instruments and technology co-star in an unusual exhibition
Fledgling musicians display the passion, creativity of youth
EXPLORE SHINE