The original Peking Opera symphonic concert "Grand Canal of Beijing City" will be staged at Shanghai Grand Theater on Monday.

The show will provide an insight into the Grand Canal of China's history of more than 2,500 years, its historical development and profound cultural and economic values. It will mainly focus on the canal's Beijing section.

The Beijing-Hangzhou canal, a UNESCO World Heritage Site, is the longest canal in the world. It also embodies the wisdom of ancient Chinese people.

A joint effort of Beijing Symphony Orchestra, Peking Opera Theater Company of Beijing and the Choir of Beijing Musicians Association, the show will offer a blend of varied Peking Opera vocals with symphonic music.

Multimedia methods and projection of Grand Canal scenes will be a background supplement to the music. 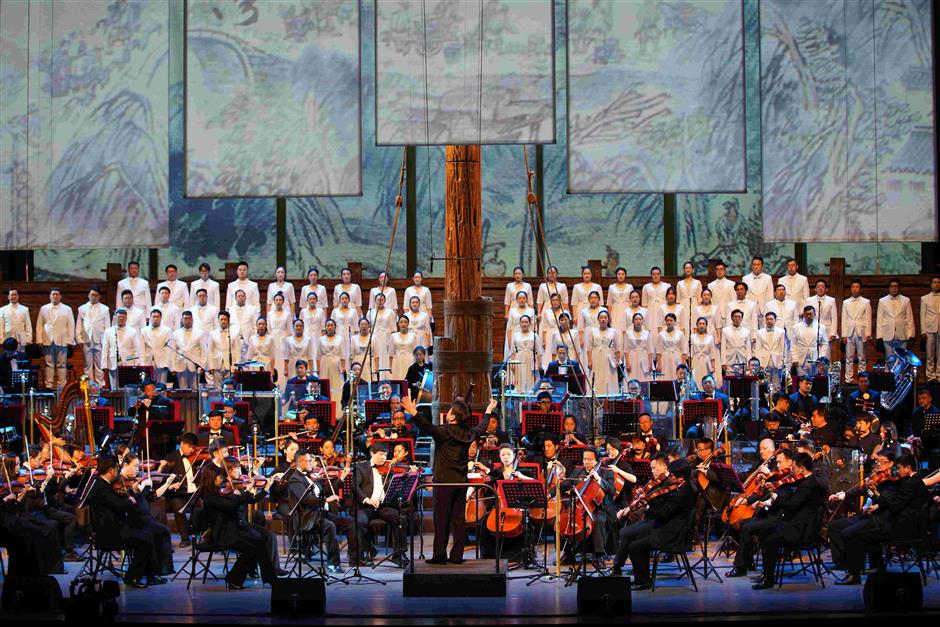 The show will offer a blend of various Peking Opera vocals backed by symphony music.