Singing the praises of Peking Opera

A cultural society devoted to popularizing Peking Opera didn't end up in a specific neighborhood of the Hongkou District by accident. It is housed in an area where renowned performer Wang Peiyu began her training to become an opera artist. 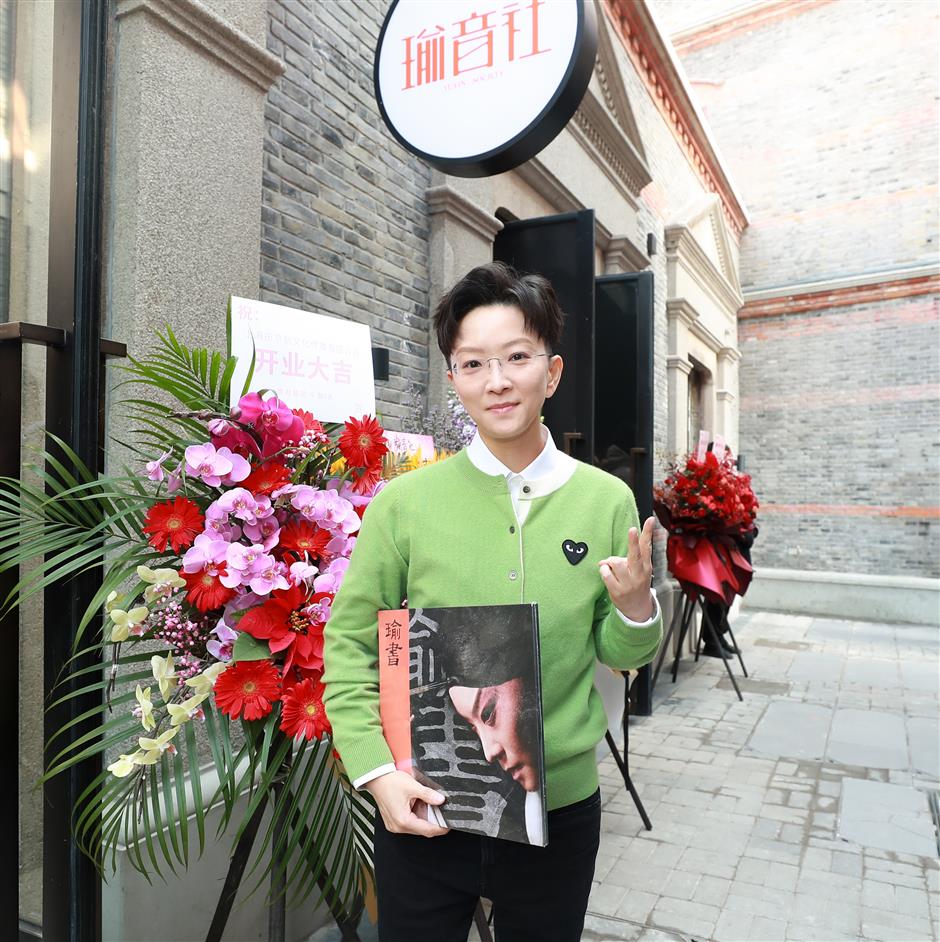 Wang Peiyu poses in front of her Yuyin Society.

In 1992, Wang arrived in Shanghai from Suzhou in neighboring Jiangsu Province to study at the Shanghai Opera School. Only 14 at the time, she was accompanied by her mother, who rented a small storefront on Sichuan Road to sell Suzhou candies.

"I remember the storefront belonged to a grains and oil shop," recalled Wang, 43. "The rent was not cheap, but the shop manager was very generous after hearing our story. He helped my mother start her business and supported my study. I will always remember and be grateful to the people of this area, where my career began. I hope the presence of my society will help add charm to this old commercial street."

Wang, famous for her deep, resonant voice, specialized in portraying old men (laosheng) on stage. She brought to her career a background that included literature, calligraphy and traditional Chinese musical instruments, as well as pingtan, a traditional Suzhou form of storytelling and ballad singing. 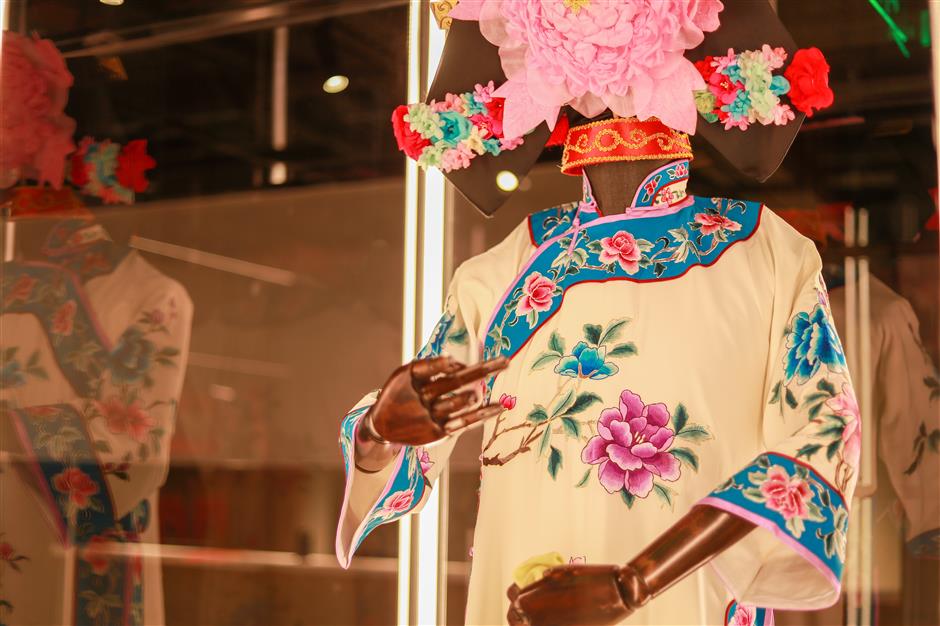 Peking Opera costumes are displayed at the Yuyin Society.

She has won the coveted Plum Blossom and Magnolia Stage awards, and has been introducing Peking Opera to children in more than 40 schools in Shanghai in the past four years.

Her diligent efforts to widen appreciation for Peking Opera have won her a large following, with more than 1 million fans on social media platform Weibo.

Her society uses exhibitions, public courses and cultural salons to popularize the classic opera genre. Peking Opera costumes and stage properties are displayed at the site. Public activities are organized on weekdays, and opera courses are offered for children aged 5-10 on weekends.

Wang said she will be inviting some of China's top Peking Opera performers to come to the society and interact with the public.

Peking Opera courses are offered for children on weekends.

More young people are taking an interest in Peking Opera, and that is a source of great satisfaction for Wang. Her society sometimes draws on animation and traditional arts like calligraphy in its outreach to the public, especially children.

"Children are often attracted to the colorful make-up, costumes and stage mannerisms of Peking Opera," said Wang. "Once that initial interest is instilled, it's easy to move into more depth, such as the aesthetics of opera characters and stories."