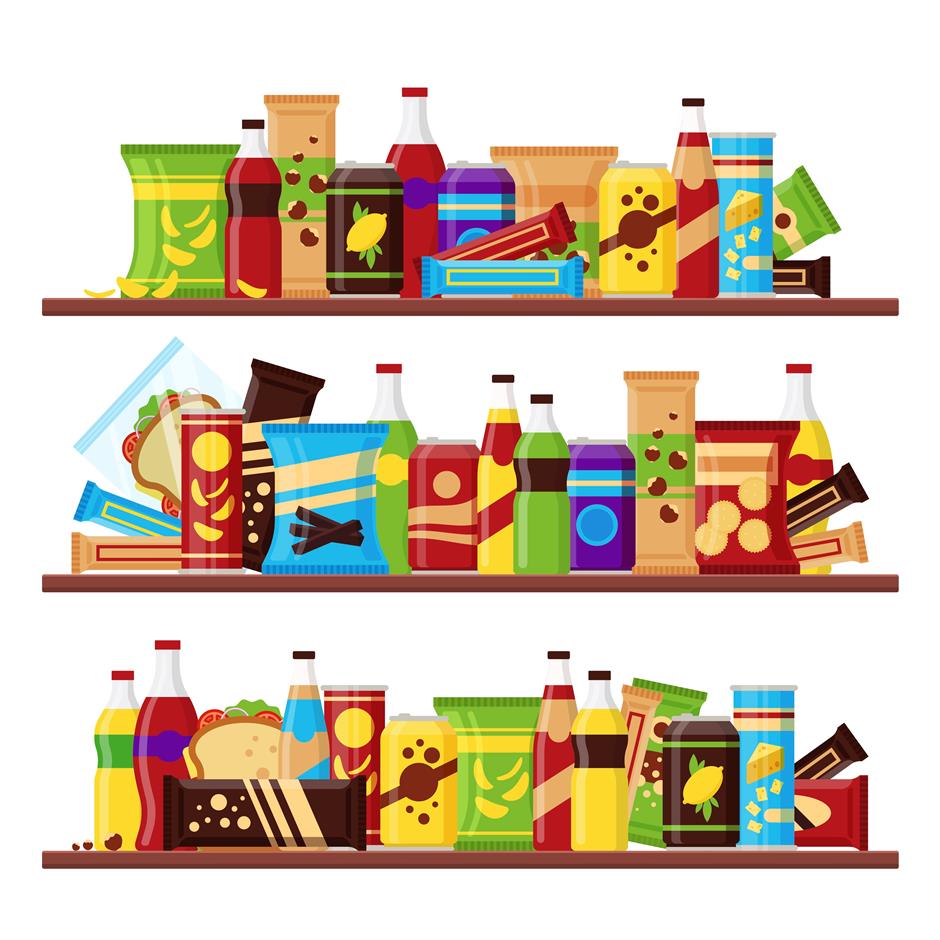 Snacks, which have always been a popular part of the eating scene in China, became a welcome indulgence when coronavirus kept restless residents at home.

That has opened new opportunities for snack vendors.

Hebei Province accountant Jasmine Wen said she bought three packets of baked oatmeal snacks for about 50 yuan (US$7) from a recent livestreaming promotion on the Taobao e-commerce platform.

“I wanted to avoid a snack with too much fat and oatmeal could be a quick bite for breakfast,” she said.

After a long, dull period of self-quarantine, many people are now ready to seek new adventures in food buying. They have taken not only to fresher tastes but also to new gimmicks and attractive packaging that come with food.

Toys and “blind boxes” that come bundled with snacks or packaged foods add a touch of playfulness to snacks, successfully turning many shoppers into frequent buyers.

“The effect of the pandemic is to accelerate growth of snacks with health and wellness benefits and also to create a market for those who prefer smaller snack packs to control their dietary intake,” said Chen Wen, a principal at consultancy firm Oliver Wyman.

As more people venture outdoors for leisure activities, snack makers are following with new packaging suitable for sharing among friends or for munching during motor outings, Chen added.

Nutritious snacks that are easily stored and carried around will be the most popular, according to the Circulation Industry Promotion Center of the Ministry of Commerce.

It estimates the snacks market will be valued at 1.3 trillion yuan this year, with nuts and seeds the major contributor at nearly 16 percent of total sales.

The number of shoppers who have turned to online channels to buy snacks jumped more than 20 percent in recent years, pushing up the overall spending, according to data from Alibaba’s Tmall platform.

Spending on locally made snacks and those with Chinese ingredients jumped more than four times in 2019, largely driven by new gimmicks and special combo packages, according to a recent report by the local consultancy CBNData. 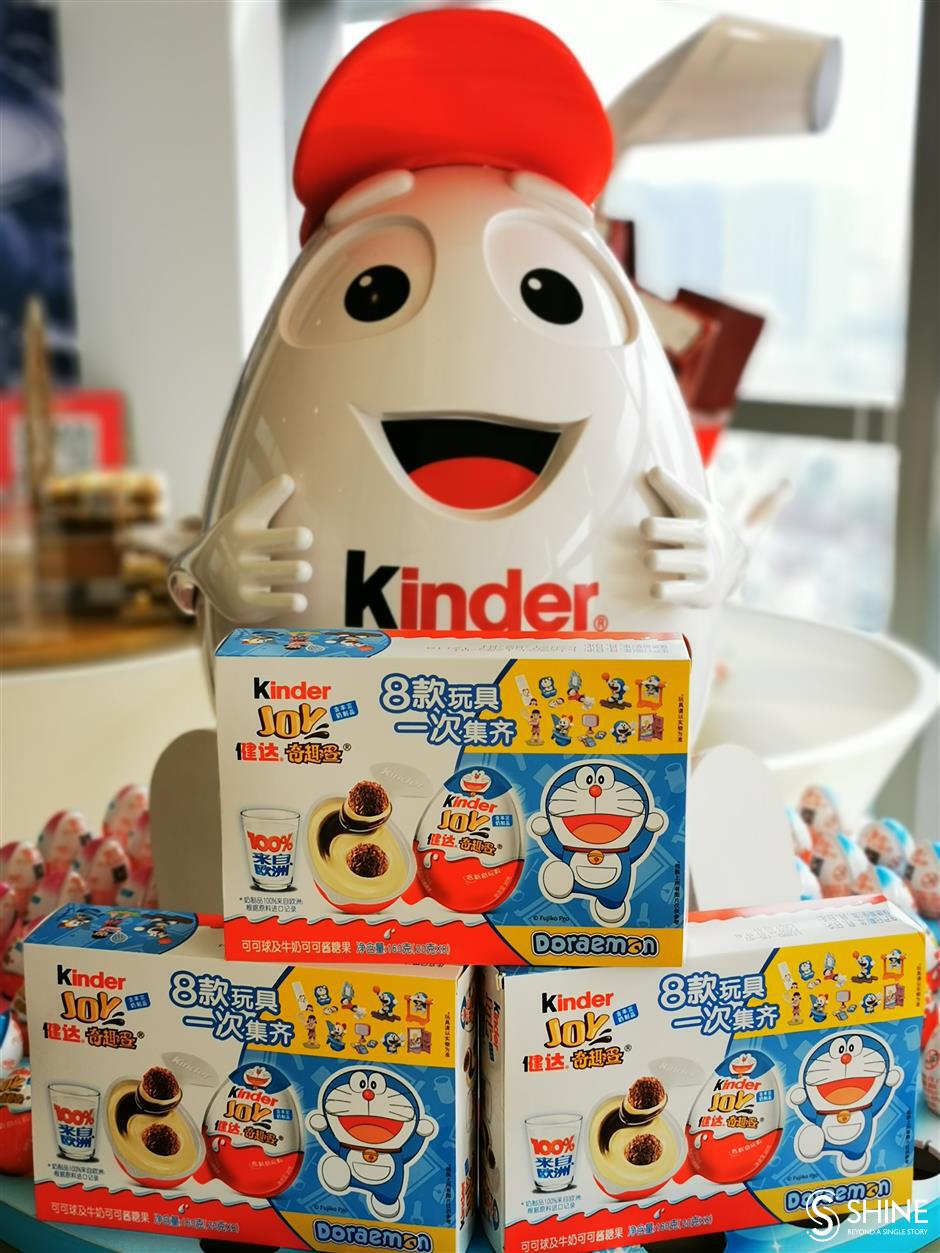 Snack blind boxes, which contain a random selection of cookies, chocolates or candies flavor, enjoyed exponential growth since the second half of last year, recording a 20-fold increase in sales from a year earlier.

Snack vendors have also been expanding the concept of the blind box beyond flavors to innovative packaging design and included toys.

It was the first time Italian-based Ferrero received a license to use a Japanese cartoon figure, playing on Chinese consumer fondness for East Asian cultural icons.

With eight types of Doraemon figures sold in China, the Kinder collection targets children and even adults nostalgic about toys. The packages avoid too much repetition in an effort to keep buying interest high.

Ferrero said its main focus is on new product categories and improvement in existing lines, based on festive occasions.

“Adding playfulness to our product is an important part of our innovation, in addition to new flavors,” Mauro De Felip, general manager of Ferrero China, told Shanghai Daily in an interview.

The company said it hopes to drive sales in China by following consumer trends as it develops a broader seasonal portfolio with richer packaging.

Puffed foods, candies and puddings are among the major categories pursuing tie-ups with popular toys or brand spin-offs, CBNData said.

Popular mobile games and TV series such as “King of Glory” and “The King’s Avatar” are targets of food makers because they have big fan bases. 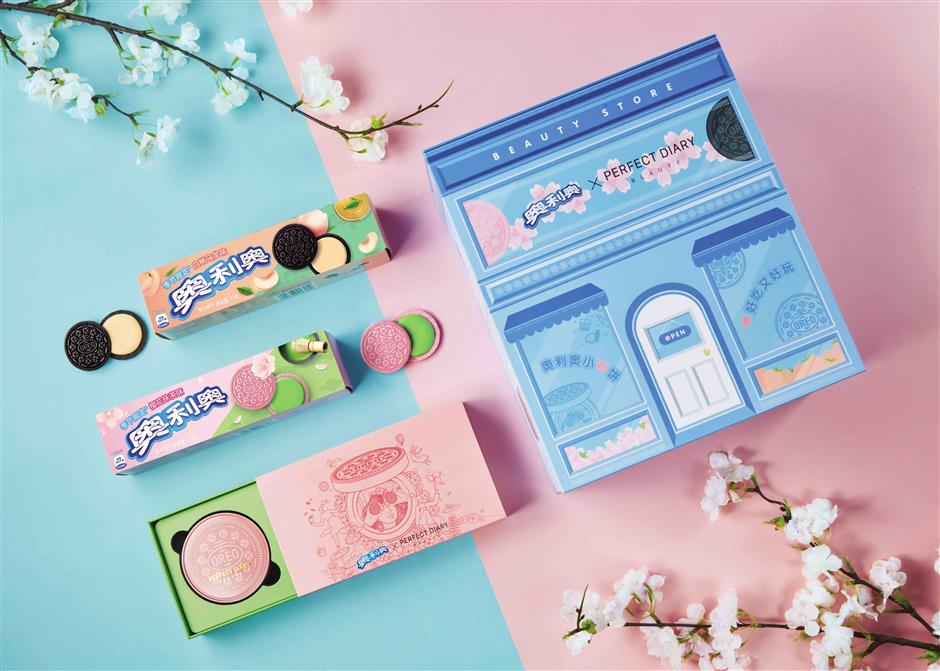 Oreo’s new sakura matcha sandwich cookies, with new flavors and colors, tied up with skincare and beauty brand Perfect Diary to produce a combo package that includes the snack and a pink makeup foundation cushion.

The Summer Palace, the Palace Museum, the Japanese manga series “One Piece” and the enduringly popular cartoon figure Hello Kitty already have top selling products, according to Tmall, making them attractive for snack makers.

Dangling interesting flavors in front of consumers is a favorite marketing strategy. Instead of printing flavors on its packaging, chip maker Pringles invites buyers to discover new tastes by buying its products. The new flavor is just called “mysterious flavor.”

In March, Oreo’s new sakura matcha sandwich cookies, with new flavors and colors, tied up with skincare and beauty brand Perfect Diary to produce a combo package that includes the snack and a pink makeup foundation cushion.

“It didn’t cost too much, and I was surprised the package fit so well with Oreo’s iconic cookies,” she said. “The makeup cushion also worked well.”

BeStore Inc, Three Squirrels and Be & Cherry are among the top online snack food vendors, with combined market share of around one third.

PepsiCo completed a US$705 million acquisition of Hangzhou Haomisu Food Co earlier this month. Haomisu which sells snacks under the Be & Cheery brand through online channels is likely to boost Pepsi’s performance in China.

Be & Cheery reported around 5 billion yuan of annual sales last year and is expected to get a further boost from the US drink and snack giant’s supply and sales networks across China.

But is all this diversification in the snack market sustainable?

They also need to pay more attention to their reliance on distributors who sell to hypermarkets, supermarkets and mom-and-pop stores, he added.

Domestic players in the market, on the other hand, have been on a fast track of responding to market trends and scooping up a larger share of sales.

But it will take a while for the dust to settle and the real winners in the battle for consumer tastes to emerge.

﻿
Special Reports
﻿
Lockdowns have affected wildlife, too – sometimes with happy endings
Lockdown leaves a blind spot in the income of many masseurs
Coffee boutiques need a double-shot of post-lockdown revival
Shanghai dining: the thrill and challenge of finding a place to dine out
Livestreamers on the carpet: Be careful what you do and say
Tight job market doesn't daunt a new force in the workforce
F&B entrepreneurs try to regain foothold post-lockdown
Pudong Expo shifts to metaverse tech to attract Gen Z visitors
Pudong exhibition hall one of the hottest shows in town
Snip! A burgeoning business is nipped in the bud by coronavirus
EXPLORE SHINE