Tesla lowers prices, firing a shot across the bow of rivals 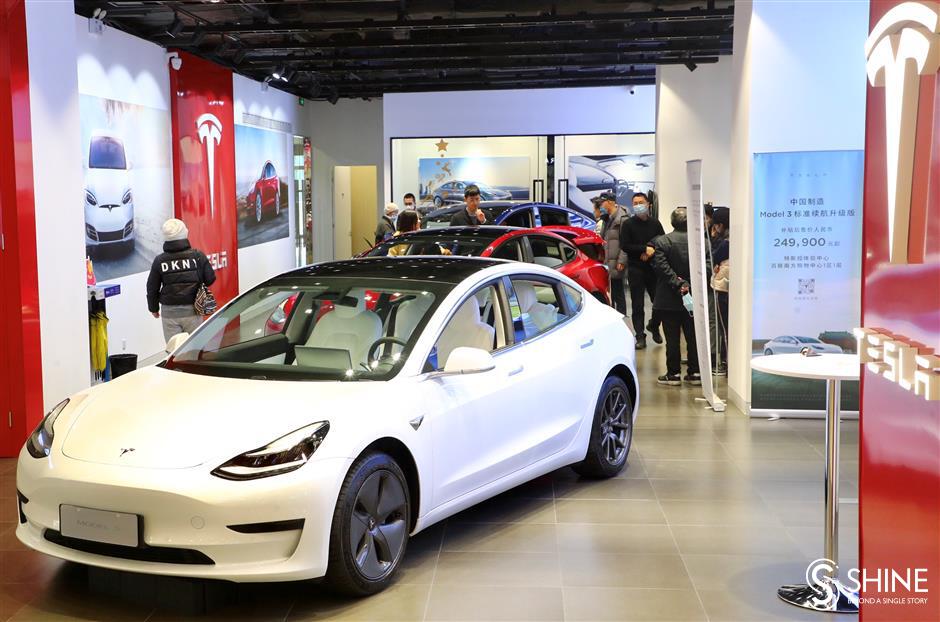 On January 3, one of Tesla's stores in Shanghai had many customers who came to ask questions and experience Model Y after the US electric carmaker announced price cuts of the locally produced car model in Chinese market.

US electric carmaker Tesla set its sights on attracting Chinese buyers and outmaneuvering domestic rivals when it shaved about 30 percent off its previously announced prices for its Model Y series in the China market.

The decision, announced on New Year’s Day, reflects growing competition in the domestic electric-car industry and places new pressure on Chinese startups such as NIO, WM Motor and Xpeng.

Tesla said the Model Y will sell for 339,000 yuan (US$52,600). The vehicles are now rolling off the assembly line in its Shanghai mega-factory in the Lingang area of Pudong. Orders are flooding in.

A potential Tesla's car buyer surnamed Chen, who works for a consumer goods company in the southern city of Shenzhen, said he was pleased to see the lower Model Y prices. He was in the market for a car within his budget of 300,000-350,000 yuan.

Chen said he was considering several choices, including the NIO ES6 and the Audi Q5. However, once he heard about the Tesla price reduction, he placed an order on January 2.

“Tesla’s sales staff told me I need to wait one or two months,” he said. “I hope that it won’t take too long to get my new car."

After Tesla announced the price cuts for its latest car models in China, consumers crowded into Tesla's showrooms and logged onto the company’s official website to place orders.

A staffer at a Beijing showroom said, "Since the first day, sales here have exceeded 100 vehicles, and the number of people coming in is increasing day by day.”

The Model Y is the second Tesla vehicle manufactured in the company’s Shanghai Gigafactory, following the release of the Model 3 last year.

New-energy vehicle sales could jump 40 percent this year to 1.8 million, according to the China Association of Automobile Manufacturers. That compares with 1.1 million units in the first 11 months of last year and total vehicle sales of 22.5 million in the January-November period.

Tesla itself is on a roll. Its share price in 2020 skyrocketed 740 percent. The company is now the world’s largest carmaker by value.

The company also reduced the price of its performance model to 369,900 yuan from 535,000 yuan, with deliveries expected to begin in the third quarter.

Both models come in black, Tesla's standard color in China. Changing the color to white, blue, red, or dark gray adds an extra 8,000 yuan to the price.

In July 2018, Tesla broke ground on its Shanghai factory, becoming the first company to benefit from a new policy that allows foreign carmakers to set up wholly owned subsidiaries in China.

The US$2 billion plant began turning cars off the assembly line in just 357 days, a record for global automakers in China.

Previously, analysts said that Tesla’s China production would have a ‘catfish effect’ on the country’s auto industry, pushing domestic carmakers to speed up their technologies, sales and service networks. The price cuts push that competition to a new level.

Zhang Xiaofeng, an independent market analyst, predicts some cutthroat competition this year. Other analysts have said the market is large enough to accommodate all players.

“Prior to the price cuts,” Zhang said, “Tesla Model Y was a rival to luxury brands such as the Mercedes-Benz EQC and Audi e-tron. Now, the rivalry has moved down into the more mainstream market.”

At noon on January 1, there was such a surge of visitors to Tesla China's official sales website that it couldn’t be refreshed. A day later, the number of orders further increased. Media website Tesmanian reported that within 10 hours after Tesla’s price announcement, order volume exceeded 100,000.

Tesla said the 100,000 figure was an exaggeration, but the company did acknowledge a much-heightened level of interest.

There have been unconfirmed reports of NIO car buyers canceling vehicle orders after the release of Tesla's Model Y. NIO denied the reports and filed a complaint against an online platform where they appeared.

Li Yanwei, an analyst at the China Automobile Dealers Association, predicted that that the Model Y’s price cuts will have impact on the pricing of NIO’s new models and an even greater effect on NIO used cars, such as its electric sport-utility vehicle ES8.

Li noted that NIO announced the launch of its used car services on January 3 in what might be a hedge against Model Y pricing.

Domestic electric carmakers seem poised to rise to the challenge. Xpeng Vice President Wu Xinzhou said in October that his company will be focusing on “making driving more fun” by improving the “smart” features of its vehicles. 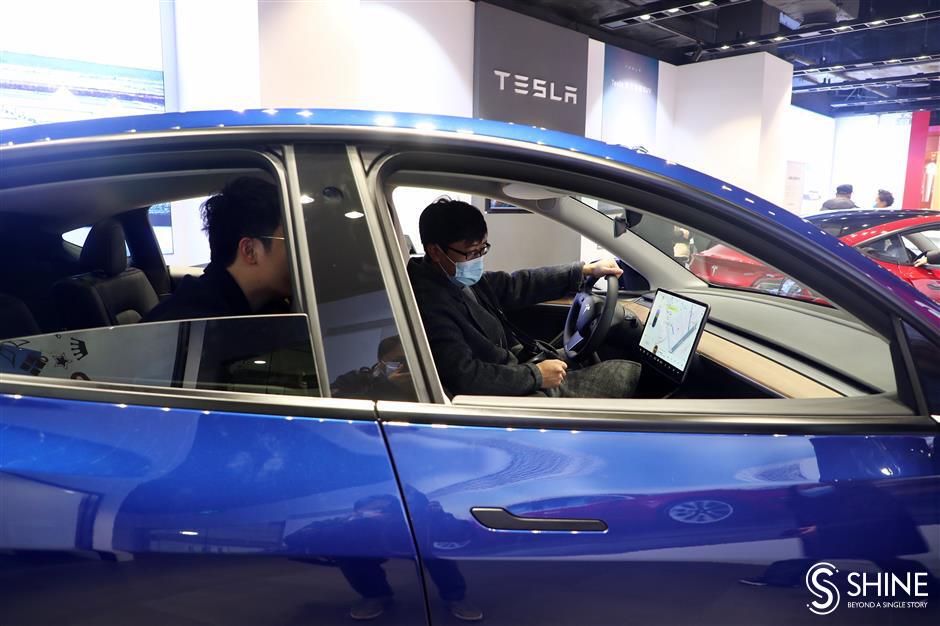