The battery bugaboo of electric cars: Is there a better charging option?

Battery-swapping technology now allows motorists to drive into a facility much like an automated carwash, where the vehicle is lifted and robots replace spent batteries in about 20 seconds.

Many consumers are leery about buying electric cars because battery recharging is time-consuming and requires charging stations as easily accessible as gas stations.

One alternative is battery swapping. Emerging technology now allows motorists to drive into a facility much like an automated carwash, where the vehicle is lifted and robots replace spent batteries in about 20 seconds.

The problem of battery charging has long vexed the green car industry. Resolving problems is deemed an important factor in China’s goal of becoming a world leader in non-polluting vehicles, with a plan to transition to green cars by 2035.

There were some 555 battery-swapping stations in China as of last year, but the four major Chinese electric-vehicle makers have different battery models and provide battery swaps only to owners of their vehicles.

Shanghai has launched its first shared battery-swapping station, which can serve all car models that use swappable batteries. The station started trial operations in Minhang District in March. At the site, it took about one minute for an SAIC Motor vehicle to enter and exit the station, with a new, fully charged battery.

The prototype station utilizes automation and is operated by Guangzhou-based company Aulton, which founded in 2000.

Lu Xiaoqing, operations director for Aulton, which runs the Minhang station, said that battery-swapping is still in its early stage of development. The service is not meant to replace standard charging stations. Rather, it is an alternative for electric-car owners.

“I would consider battery-swapping if it were nearby,” said Wang Xiaoyi, 31, who works in a Shanghai-based consulting firm and owns an electric car. “It seems more efficient. Otherwise, I need to wait and find things to do to kill the time while my vehicle is recharging, which sometimes can take more than an hour.”

Battery-swapping stations are overshadowed by the 63,600 charging stations across China at the end of last year, according to the China Electric Vehicle Charging Infrastructure Promotion Alliance.

There were some 555 battery-swapping stations in China as of last year, compared with 63,600 charging stations across the country.

Aulton and other battery-swapping businesses want to expand usage to government fleets, logistics vehicles and individuals in the future.

The battery-swapping business has proponents and detractors, stirring up debate online.

NIO said it is planning to introduce its second-generation of battery-swapping stations in mid-April. Each station will be able to provide up to 312 battery swaps a day, triple the capacity of first-generation stations.

The stations enable users to complete a battery swap without getting out of their cars. 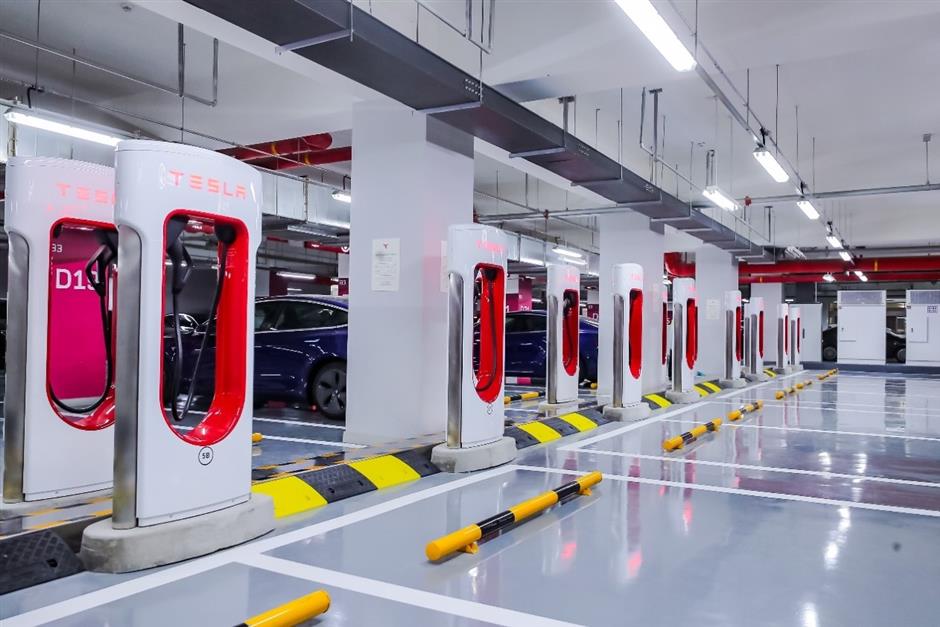 US electric-car maker Tesla takes a different view. Tao Lin, Tesla China’s vice president for external affairs, said the automaker currently doesn’t embrace battery swapping. It did back in 2013, when battery-swapping technology was included on its Model S. But two years later, the company dropped the idea, citing lack of consumer interest.

Tao said that Tesla believes the key to popularizing electric vehicles is improvement and expansion of charging facilities. Tesla cites the example of mobile phones. Ten years ago, they ran on two batteries. Now they operate on only one and have changed from battery replacement to fast charging.

Shanghai-based SAIC, China’s largest automaker, takes a more neutral stance. It is hedging its bets by manufacturing vehicles powered either by charging poles or battery swaps. 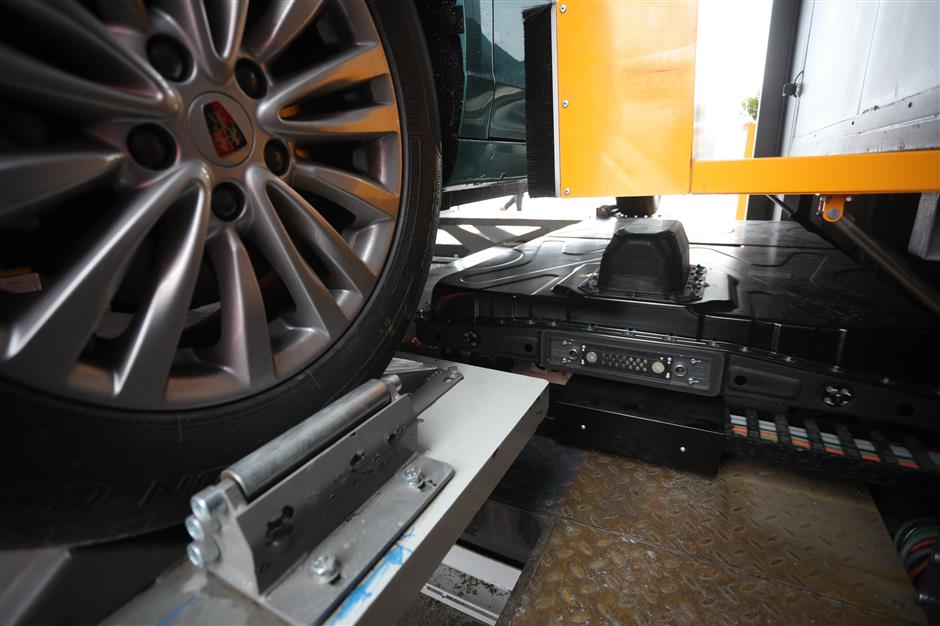 Battery pack reaches the bottom of the vehicle through the mechanical slide rail, which achieves battery-swapping.

Consumers looking at the choice are most concerned about cost and safety. Then too, many individual electric-car owners can recharge their vehicles overnight at home for use the next day and don’t fret about running low on power.

Zhang Qinggang, vice president of the Shenzhen Institutes of Advanced Technology, estimates that the cost of battery-swapping is about 0.35 yuan per kilometer, compared with the average cost of less than 0.2 yuan per kilometer with a charging pole.

Aulton has declined to reveal its pricing, citing market competition.

Wang Binggang, head of the national new-energy vehicle innovation project, said it may be difficult to leverage battery-swapping to widespread use due to the limited number of stations and the high construction and operational costs of new ones.

The ultimate success of battery-swapping may lie at the retail level.

Car owners may remember an earlier startup company called Better Place that developed and sold battery-swapping services for electric cars, mainly in Israel but with plans to expand to China and other countries. The company went bankrupt in 2013, delivering huge losses to its venture capital investors.