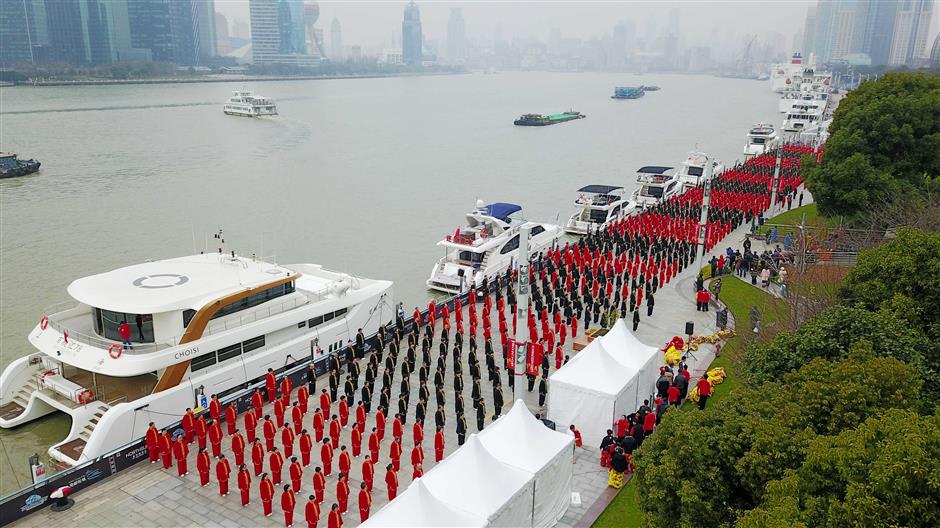 A thousand martial arts lovers practiced traditional Chin Woo boxing in Hongkou District on Saturday to commemorate the 150th birthday of Huo Yuanjia who founded the Chin Woo Athletic Association in Hongkou in 1909.

The martial artists from both home and abroad practiced the mizong boxing at the North Bund waterfront along the Huangpu River. The martial art style is what has made Huo famous ever since the early 1900s.

The event aims to promote China's traditional martial arts culture and highlight the spirits of the Chin Woo association such as patriotism, self-cultivation, justice and readiness to help, according to the Shanghai Chin Woo Athletic Federation, the organizer of the event.

Attending the event was 70-year-old Huo Zizheng, the great grandson of Huo. "I hope the heritage and spirits of Chin Woo can be inherited to improve the health of the public and enhance international cultural exchanges," Huo said.

Foreign martial arts lovers also took part in the event. Juan Berthier from Argentina was among the 1,000 performers. He began studying and practicing martial arts including tai chi to cudgel play and other styles in 2017.

"The martial arts give you a lot of discipline, and for sure make you a better human being," Berthier said.

Huo Yuanjia’s story was adapted into several movies and TV dramas. The best known is “Fist of Fury” (1972), starring the late Bruce Lee. 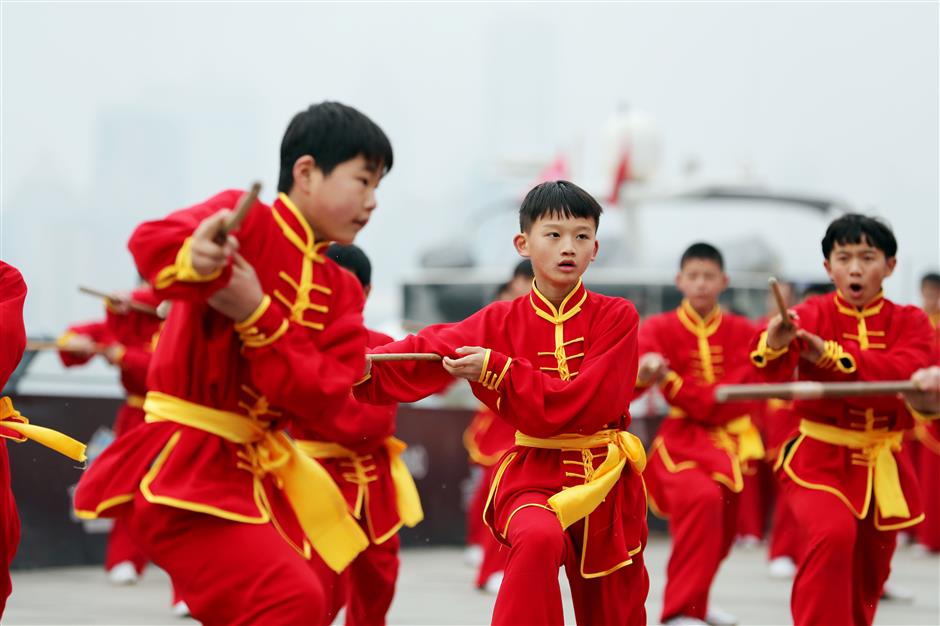