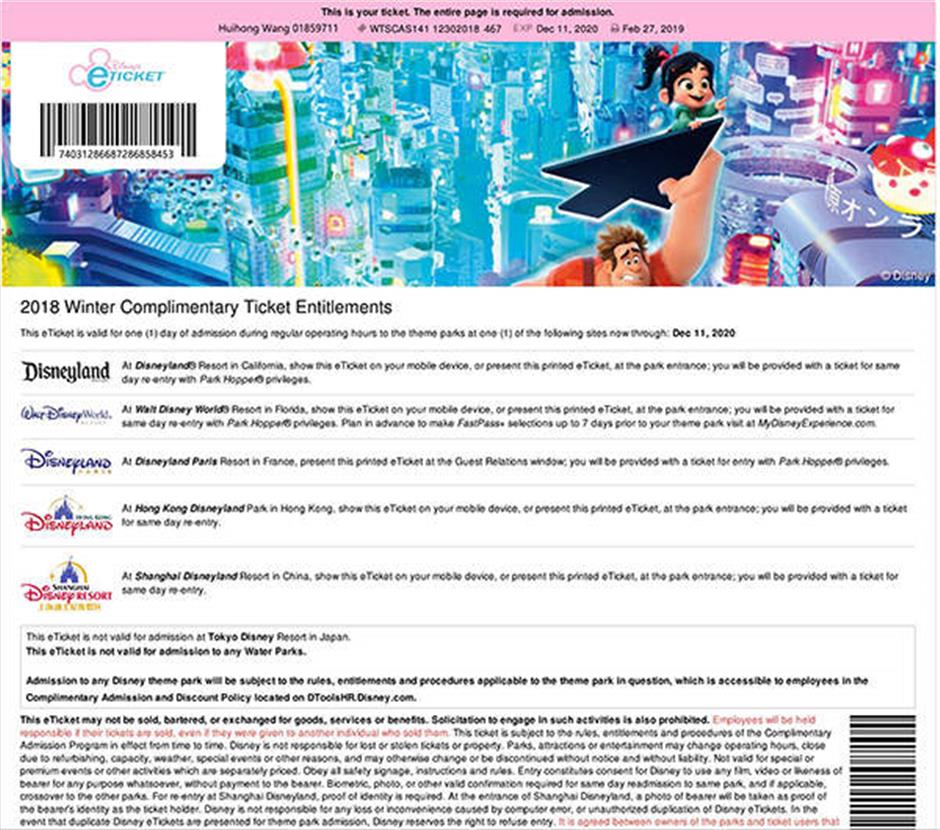 A fake ticket the suspect produced

A former Shanghai Disneyland worker has turned himself in to the police, claiming that he has been selling fake tickets.

Fan allegedly produced over 6,000 fake e-tickets for Shanghai Disneyland and made over 2.2 million yuan (US$318,000) from selling them.

Fan resigned from Disney in 2018 and produced the fake tickets at home from December 2018 to April 2019.

He had access to the company website to download e-tickets the company gives to its employees, but the tickets he downloaded had expired since he no longer worked for the company.

He then modified the words “2017 summer” and made fake tickets with a valid date.

Fan sold the tickets at 100 to 200 yuan, and to cover the fraud, before the tourists visited the park, he bought authentic tickets for them.

Fan gathered a large amount in a short time and thought he could make more money with the money before paying for the expensive authentic tickets. He believed that most people who purchased the tickets wouldn’t go to the park right away, police said.

But more people needed the authentic tickets than he expected and he had no more money to buy tickets for them.

Fan turned himself in to the police since he figured that the fraud would be uncovered sooner or later.

He said he produced and sold fake tickets because he has been out of job since resigning last year.