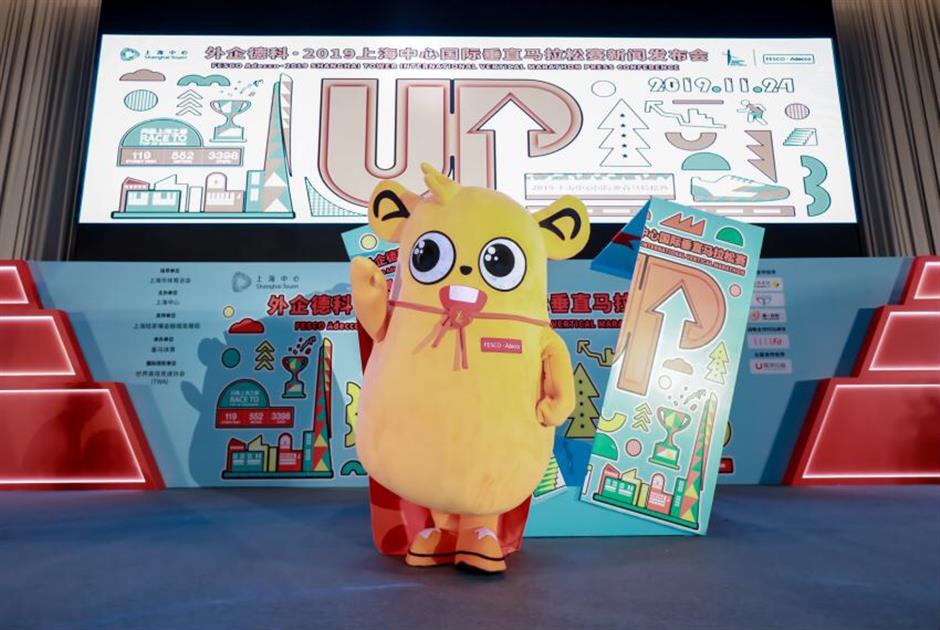 The mascot for the 2019 Shanghai Tower International Vertical Marathon is revealed on Wednesday.

The 2019 Shanghai Tower International Vertical Marathon will be this year's final race of the Towerrunning World Association’s yearlong tour, and will be worth 240 points to the winners.

The November-24 race is expected to attract around 2,000 runners, both professionals and amateurs. They will climb 3,398 steps to the 119th floor, a height of 552 meters.

The 632-meter, 127-story Shanghai Tower is the world’s second tallest building. But its vertical competition is No. 1 in the world, as verified by the Towerrunning World Association.

This year’s event will have a relay for groups of five people.

International Olympic Committee vice president Juan Antonio Samaranch Jr has been appointed ambassador of the event. Last year, as one of the runners, he reached the top by about 45 minutes.

Entrants can register on the Shanghai Tower's WeChat account and the competition’s website, www.shtowermarathon.com. Groups wanting to take part in the relay can dial 021-68826560 for details.