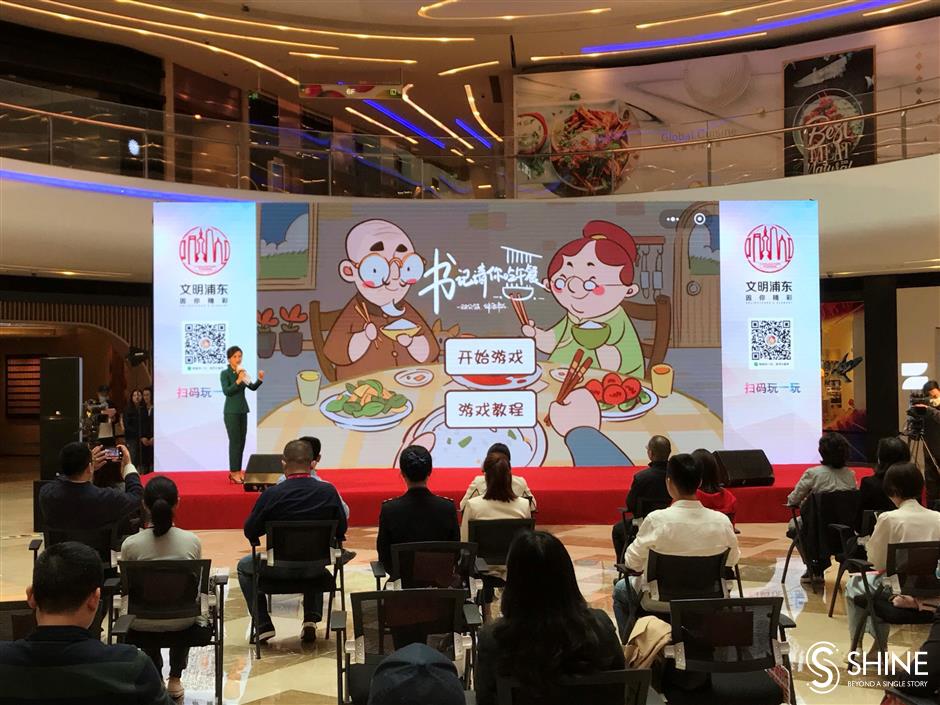 A mobile game designed to raise children's awareness of using serving chopsticks and spoons is launched on Thursday in the Pudong New Area.

The Pudong New Area is promoting the use of serving chopsticks through a new fundraising campaign, a mobile game and a design competition.

The Pudong Volunteer Association and Shanghai United Foundation together launched a fundraising project on Thursday, calling on people to donate 1 yuan (14 US Cents) to buy serving utensils for the elderly.

The project aims to buy serving utensils for 60,000 seniors aged over 60 in Pudong, according to the foundation.

Also on Thursday, a mobile phone game designed by the Pudong Civilization Office was launched. The game requires players to use serving utensils to feed virtual grandparents.

According to the office, the game is designed to promote serving utensils among youngsters and encourage care for the elderly.

The competition will run through the end of May and the winning designs will be displayed at the Sunshine Paradise commercial complex in Tangzhen Town. They will also go into production and be available to purchase and for use in restaurants.