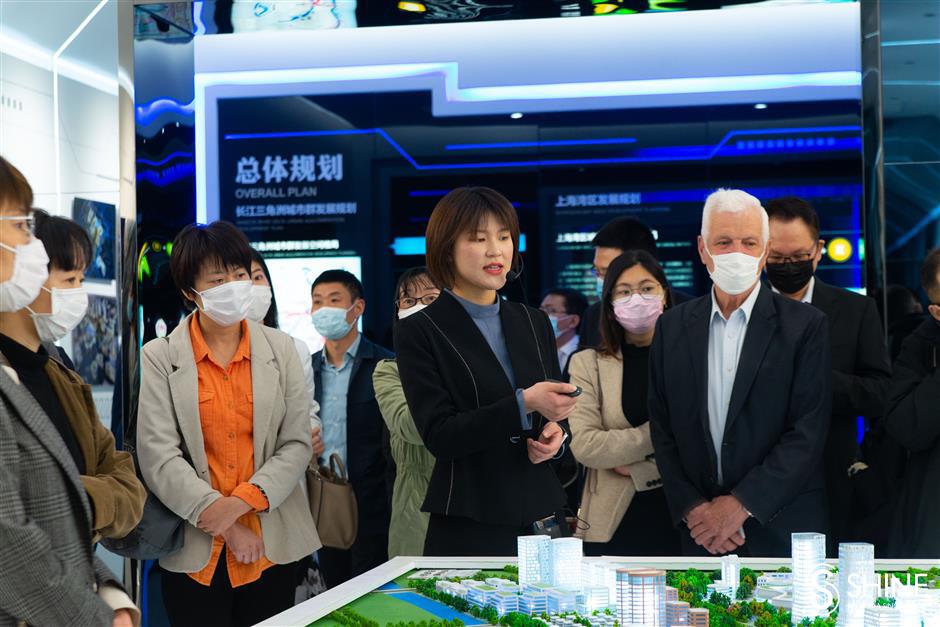 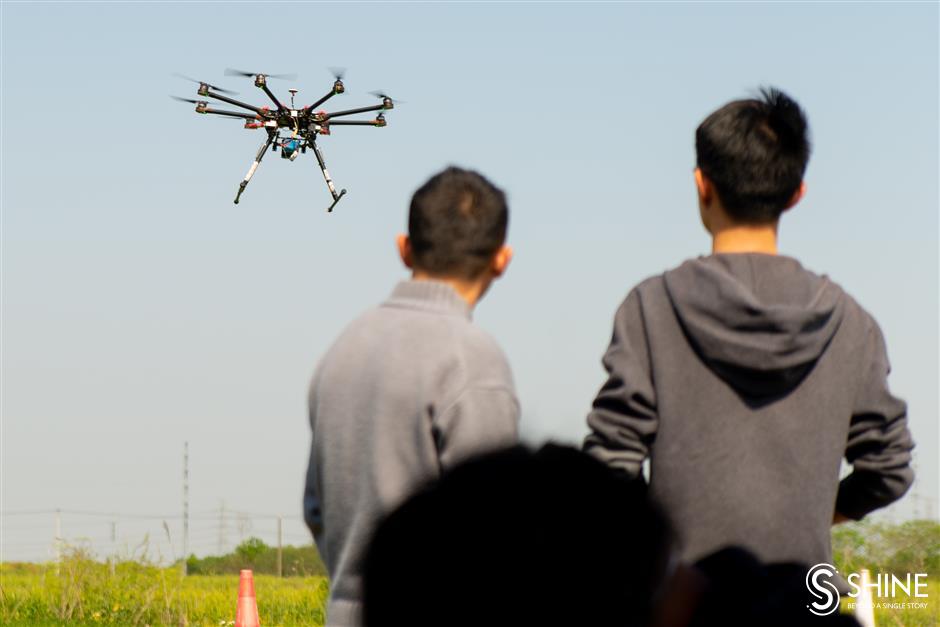 Researchers test drones in the East China UAV Base in Jinshan District.

As an overseas investment adviser to Japanese Corporation Supporting Center, Fukuda was among a group of foreign officials and investors who recently invited to tap potential investment cooperations in Jinshan.

“Shanghai is a highly developed city. The Shanghai government is very open and it understands the demands of foreign companies,” he said. “So does Jinshan.”

According to Fukuda, Jinshan is a modern place as well as a suburban district in southwest Shanghai. “Many Japanese companies have set up factories here,” he said.

In 2011, the city’s first industrial park for Japanese companies was unveiled in Jinshan, providing a platform connecting Japanese capital and resources with the district’s advantageous industries such as food processing, intelligent manufacturing and advanced materials. Now, the park has 18 top-tier Japanese companies such as Yamazaki Baking and Fukusuke Industry.

“Manufacturing is a bit of saturated in Jinshan. I think the district has great potential to develop the service sector,” he said.

In a recent visit to Jinshan, Fukuda and other representatives from foreign consulates, commerce chambers and investment institutions in Shanghai went to Jinshan City Beach, Flower Sea, Shanghai Innovation Bay and East China UAV Base.

Jinshan City Beach offers a man-made delight of golden sand and blue seawater, making visitors feel like they are somewhere in the middle of the Pacific. And Flower Sea, a 400,000-square-meter flower park, relies on modern gardening technologies to have beautiful blossoms in all four seasons.

Shanghai Innovation Bay and East China UAV Base are two of the innovative landmarks of Jinshan.

Shanghai Innovation Bay, which hopes to someday compare with other renowned bay areas like those around Tokyo and San Francisco, is an incubator for companies in life sciences and smart industries. It also plays a key role in the integrated development of the Yangtze River Delta region.

East China UAV Base, the country’s first test flight base for drones, has developed a one-stop service platform from drone R&D, inspection and testing.

Like Fukuda, many other visitors were impressed by Jinshan’s green economy and innovative industries, and they found great potential to invest in Jinshan.

Xue Feng, president of the Shanghai Foreign Investment Development Board, said Shanghai has “turned crisis into opportunities” amid the epidemic.

In the first quarter, Shanghai signed 129 foreign investment projects worth US$23.9 billion and fetched paid-in foreign investment of US$4.67 billion, up 4.5 percent year-on-year. Over the same period, 10 regional headquarters of multinational companies and five foreign-funded R&D centers landed in Shanghai.

These results prove that foreign businesses are still confident in Shanghai, Xue said.