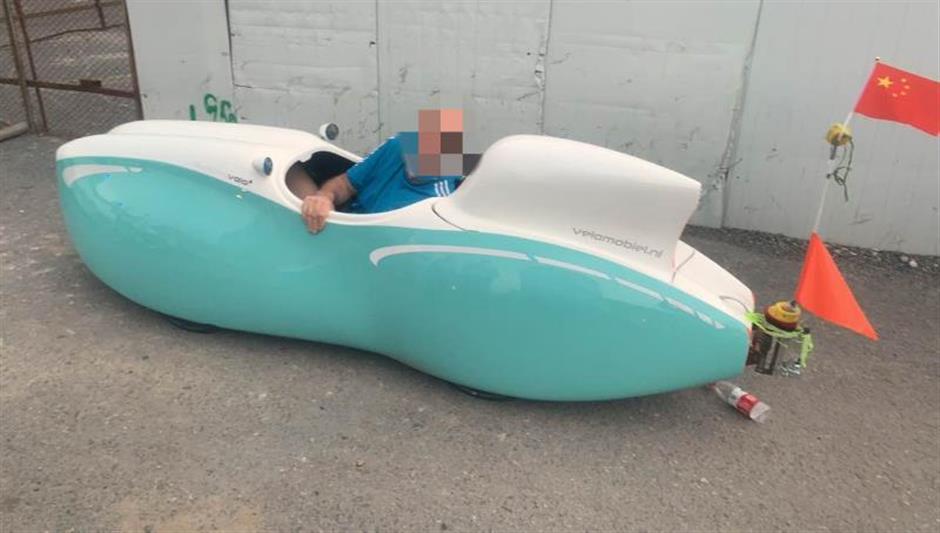 An expat is spotted in his oddly shaped vehicle near the intersection of Xiehe Road and Beidi Road in Changning District. 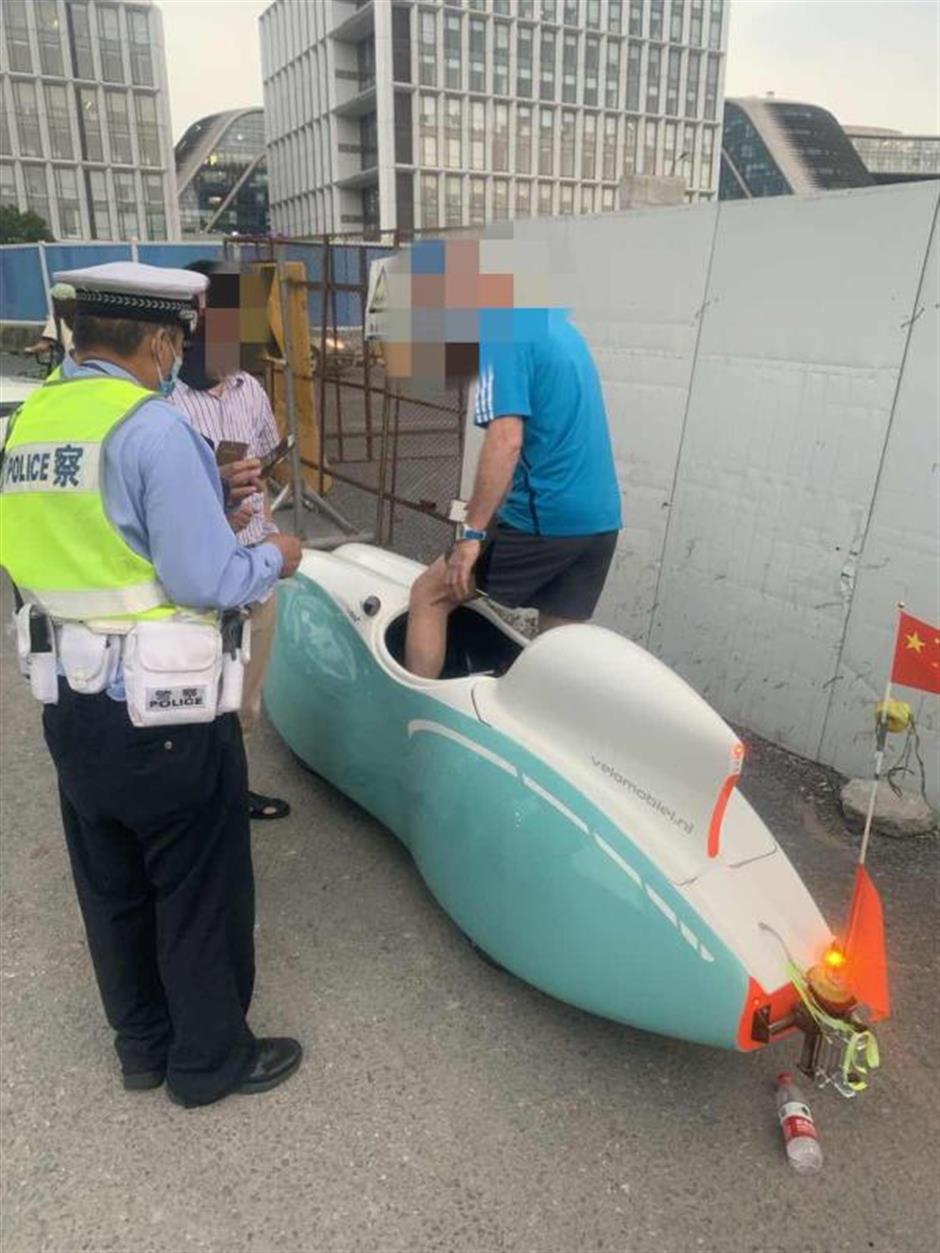 Police talk to the driver of the four-wheel vehicle he purchased abroad and was using on the streets in Shanghai for the first time.

Not all electric vehicles are legal in China.

A German expat has been fined 100 yuan (US$14) for illegally using a vehicle shaped like a submarine on the street, Shanghai police said on Friday.

A police officer in Changning District stopped the expat when he spotted him driving the vehicle, known as a velomobile, near the intersection of Xiehe Road and Beidi Road at 6pm on June 30.

The man told the officer he had purchased the vehicle abroad and had used it in his residential complex in Shanghai before taking it out on the street for the first time that day.

Since the vehicle, which cost him over 8,000 euros (US$8,980), is powered by electricity generated by pedaling, he believed it came under the  “non-motor vehicle” category and is thus legal in China, police said.

But they said such vehicles were not on the list of legal e-bike models in China and not eligible for a plate for use on the street. All e-bikes in China have to have plates issued by the police before they can be used on the street.

Police said that this vehicle would be considered a mobility device such as a Segway or scooter board so would not be legal according to the country’s traffic laws.

The vehicle was seized by police and the expat was required to produce his purchase receipt before being allowed to take it home.