Temperatures to ease after Sunday scorcher 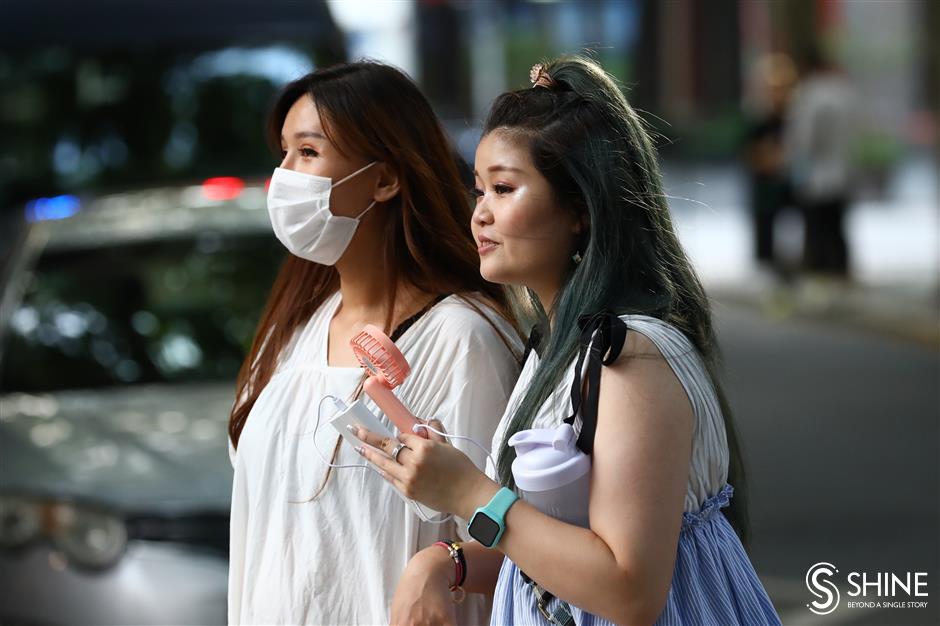 A small fan is an ideal way to cool off.

Sunday was a scorcher with temperatures above 35 degrees Celsius across the city, while the length of this year’s plum rain season has broken the longest record of the past two decades.

The city's first yellow alert for a high temperature this year was released by the Shanghai Meteorological Bureau at 11:35am.

The temperature reached 36.7 degrees Celsius at the benchmark Xujiahui meteorological center in Xuhui District, with the highest recording taken in the People's Park in Huangpu District at 38.4 degrees Celsius.

Although there was no rain on Sunday, the coming week will be humid with thunderstorms every day.

It has been 34 days since the plum rain season began on June 9 and there is no indication it will end soon. The season of 2019 (33 days) was the longest in the past two decades.

The precipitation recorded at the Xujiahui meteorological center during this period has reached 395.8 millimeters, 1.6 times the annual average, the bureau said on Saturday.

Only two typhoons have formed in the Western Pacific and the South China Sea, which are fewer than usual, the authority said. It added that one or two typhoons may affect the city in late July. 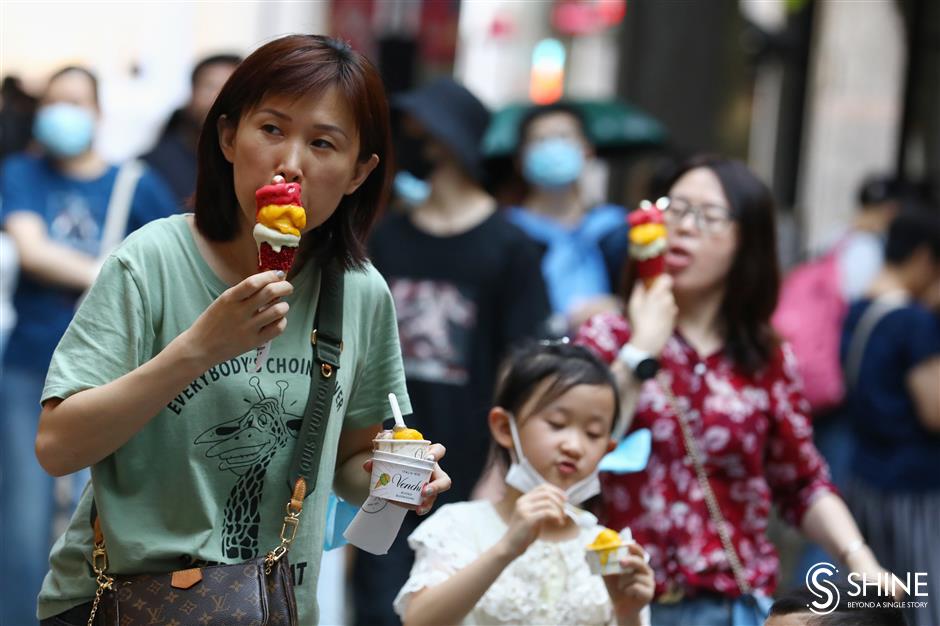 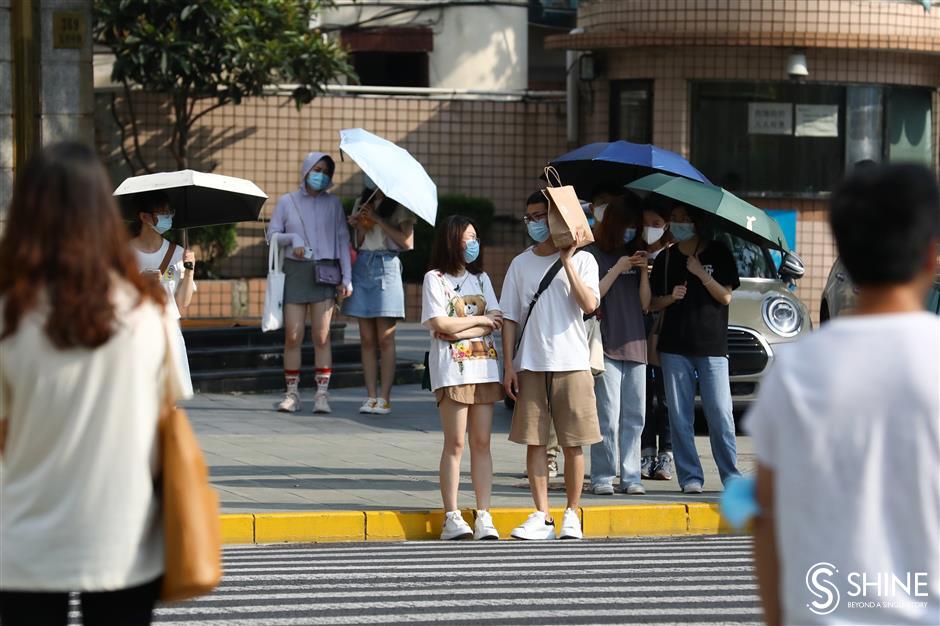 Shoppers use umbrellas and bags to shelter from the sun. 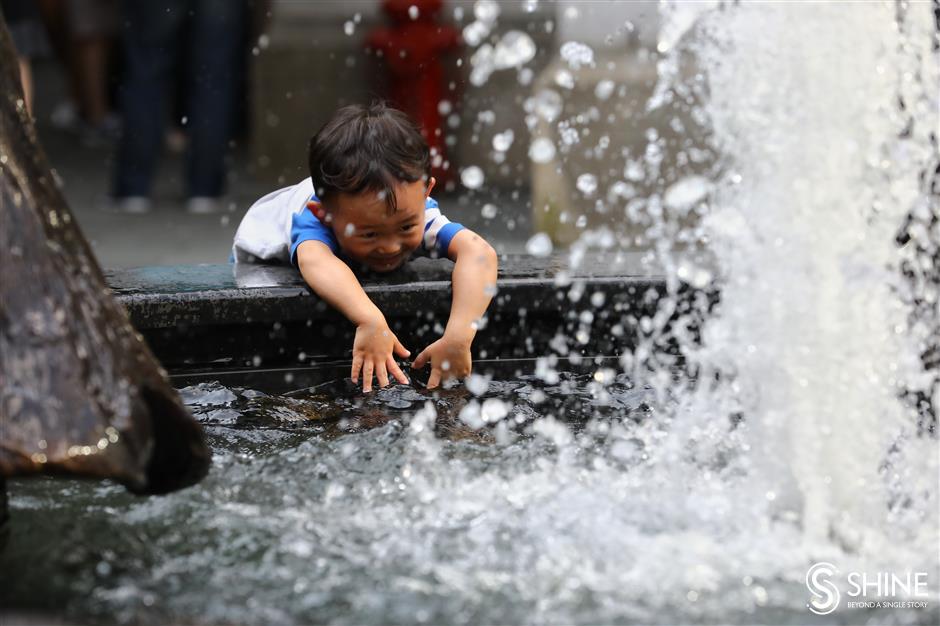 A boy enjoys a fountain.