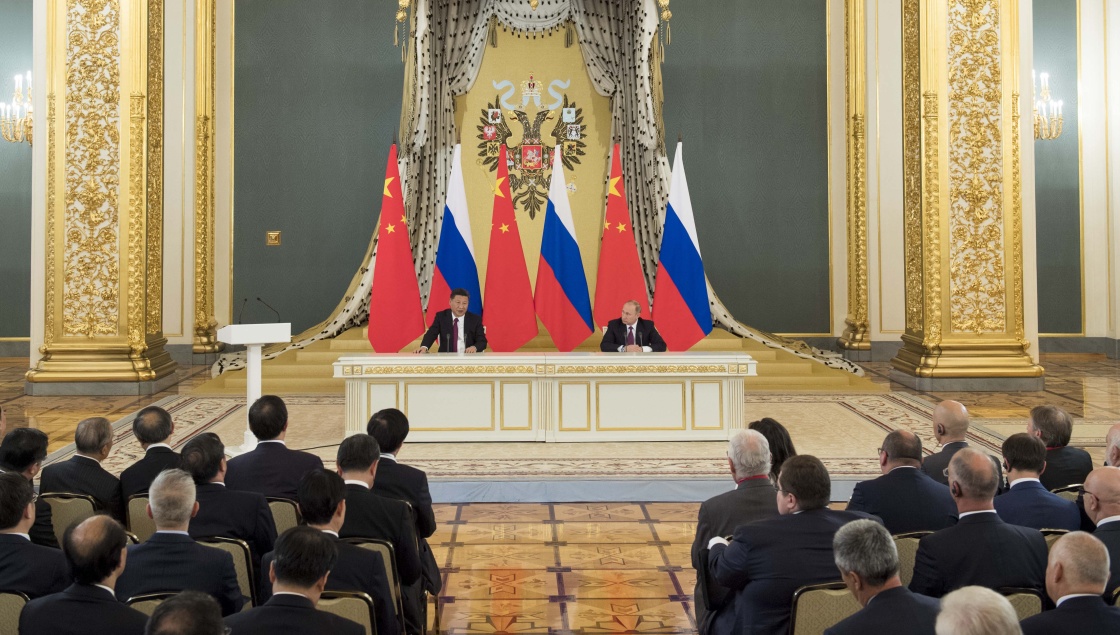 Chinese President Xi Jinping and his Russian counterpart, Vladimir Putin, met with representatives from non-governmental organizations, media and enterprises here on Tuesday, encouraging them to further contribute to bilateral relations.

"China and Russia have upheld the spirit of good-neighborly friendship and cooperation for years and set up a model of relations between major countries as well as between neighboring countries," Xi said.

"We remain determined and confident, regardless of the changing external environment, in developing the China-Russia relations" Xi added, calling on the two countries to jointly add momentum to the development of China-Russia ties.

The Chinese president spoke highly of the Russian-Chinese Committee of Friendship, Peace and Development, for being the main channel of people-to-people exchanges since it was established 20 years ago, as well as the Russia-China Friendship Association, for playing an irreplaceable role in cementing friendship between the two societies.

Exchanges among Chinese and Russian media have become deeper and broader so that the two peoples now better understand each other, and pragmatic cooperation in the business sector has also been deepened to pursue mutual benefit and win-win results, Xi added.

Calling all these non-governmental actors as firm supporters for and participants in the China-Russia comprehensive strategic partnership of coordination, Xi urged them to bring more wisdom and strength.

He noted that all the cooperation agreements signed during Xi's visit must rely on both governments and non-government actors.

Xi left Russia on Tuesday afternoon for Germany, where he is scheduled to pay a state visit and also attend the summit of the Group of 20 major economies.