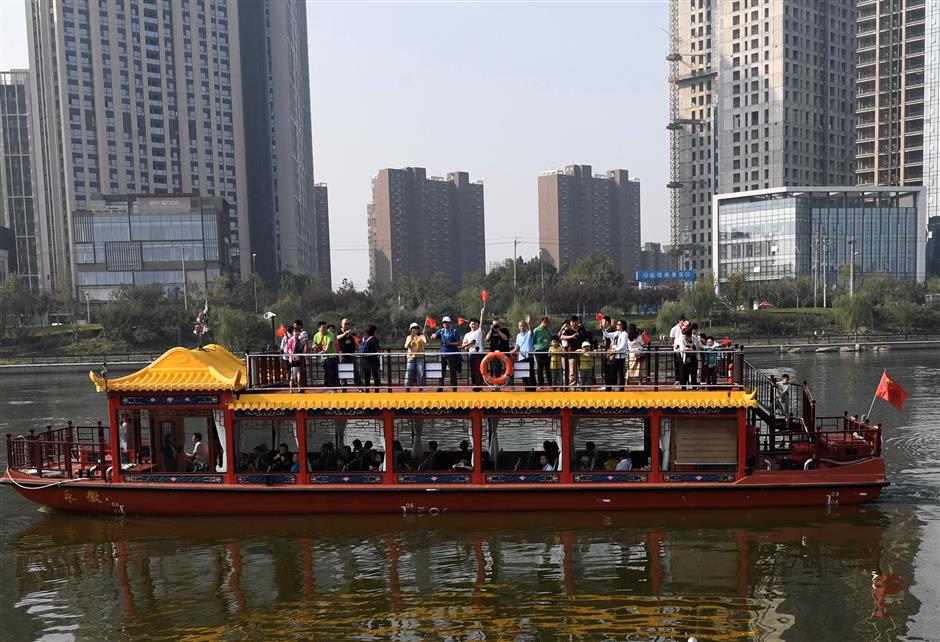 A cruise ship at the No. 2 Cruise Dock of Grand Canal Park in Tongzhou District, Beijing, for a sightseeing tour of the 11.4km Tongzhou section of the Grand Canal on Thursday.

The northern stretch of the Beijing-Hangzhou Grand Canal was opened to navigation on Thursday, giving visitors a chance to enjoy views of Tongzhou District, Beijing's sub-center, along the canal, according to local authorities.

The 11.4km Tongzhou section of the Grand Canal, the world's longest man-made waterway, runs through several landmarks along the canal including the business district, administrative office area and forest park.

In recent years, Tongzhou has been committed to water resource management. "The water quality of the Tongzhou section is now suitable for navigation and the channel has been widened from 80 meters to more than 200 meters," said Liu Zhenfeng, deputy director of the district's bureau of water affairs.

Zeng Zanrong, Party secretary of the district, said Tongzhou plans to open high-quality tourism routes along the canal. The navigation will promote the integration of culture and tourism in the district and further help explore the historical and cultural resources of the Grand Canal.

The Grand Canal, with a length of 1,794km and a history of more than 2,400 years, was once a major waterway linking Beijing and resource-rich Hangzhou, capital of east China's Zhejiang Province.