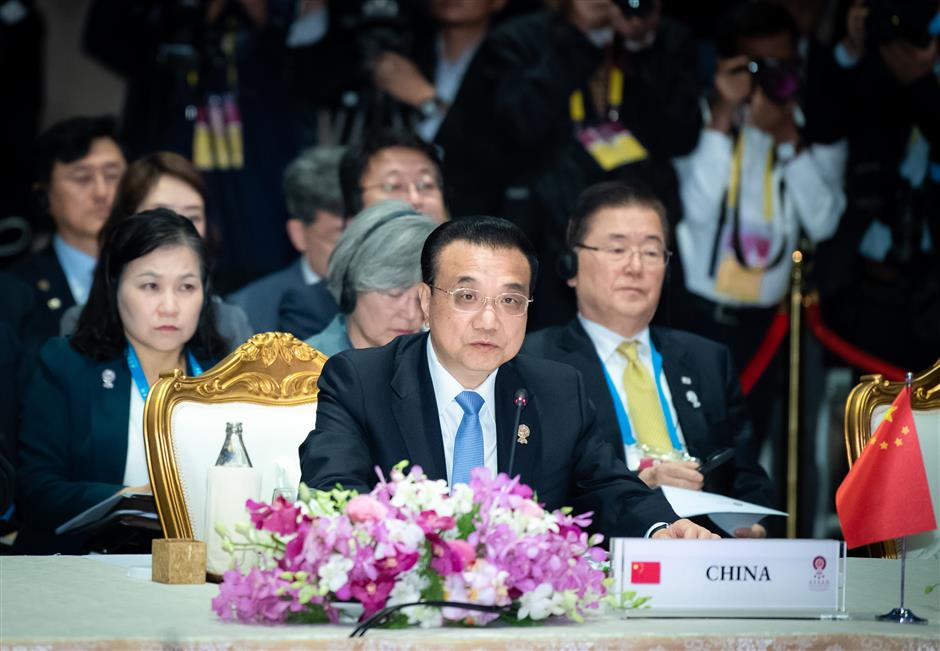 Noting the mechanism of 10+3 cooperation was born in response to the Asian financial crisis and has gone through an extraordinary development, Li said it has not only benefited countries and peoples in the region, but also makes positive contributions to Asian and global economic development.

The mechanism has become a successful model for regional cooperation, and its experience is precious, Li said.

"The 10+3 countries have the duty to strengthen solidarity and coordination to jointly guard against risks and challenges, and to inject new driving force into the stable growth of regional and global economy," said the premier.

Ten ASEAN members plus China, Japan and South Korea, should further tap into potentials for more substantial outcomes under the 10+3 mechanism, Li said.

Noting that 15 member states of the Regional Comprehensive Economic Partnership (RCEP) have concluded all text negotiations and essentially all market access negotiations, Li said it is a major breakthrough in the construction of an East Asia free trade area, which would boast the largest population, most diversified membership and greatest potential for development. 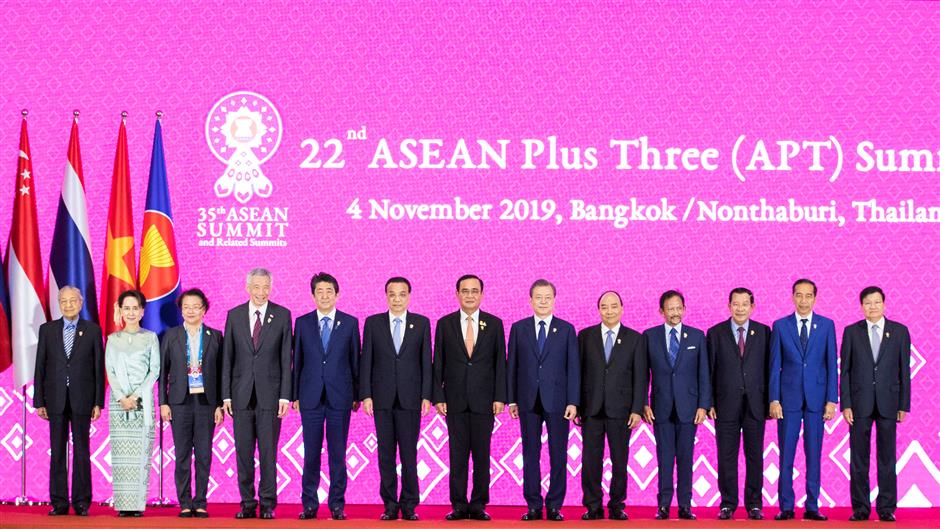 "On this basis, we are willing to accelerate negotiations on the China-Japan-South Korea free trade area and move towards the goal of building an East Asian economic community," said Li.

Leaders attending the meeting positively evaluated the achievements of the 10+3 cooperation in boosting regional economic and social development in the past year.

They highly appreciated the major breakthrough in RCEP negotiations, and pledged to sign an agreement in 2020, so as to enhance regional trade and investment liberalization and facilitation.

The leaders said they welcome the issued reconnectivity statement to promote high-quality infrastructure construction, and support the efforts to maintain economic and financial stability.

They also said the 10+3 bloc should play a leading role to enhance mechanism building, lift levels of interdependence, expand cooperations, jointly address challenges, and contribute to regional stability and prosperity. 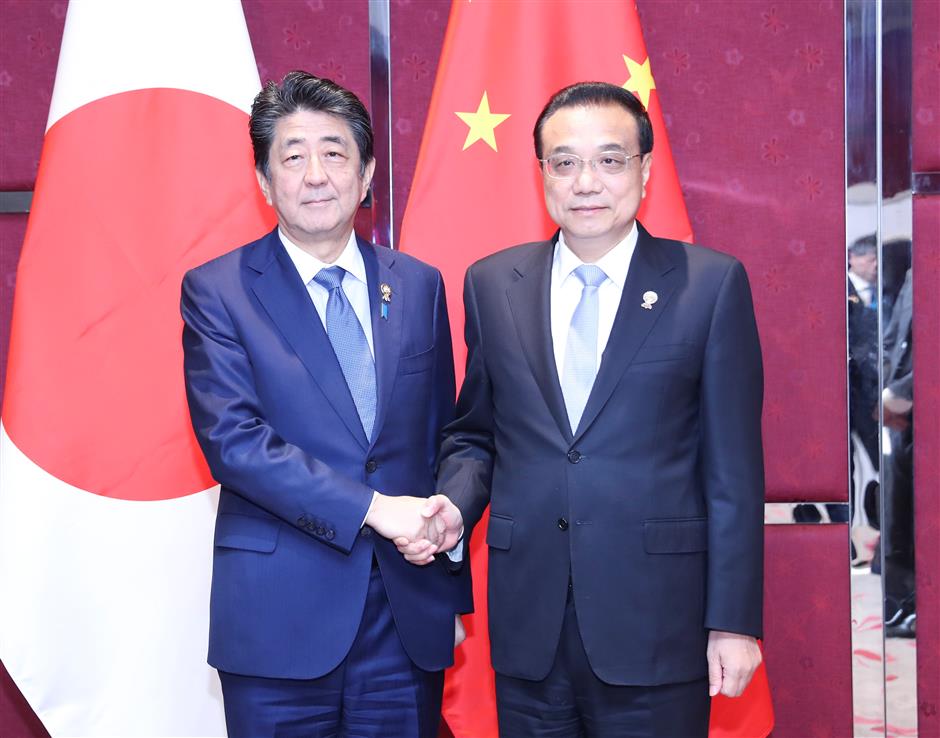