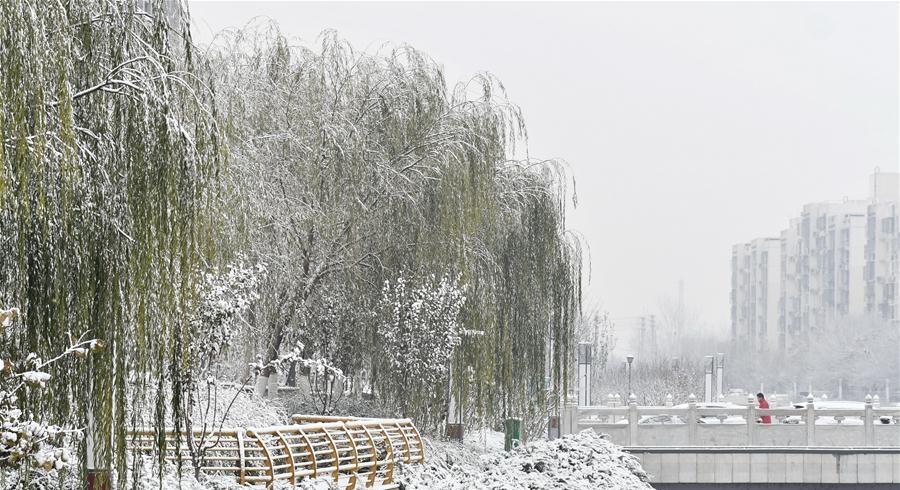 Photo taken on November 30, 2019, shows a snow view in Beijing, capital of China.

Beijing on Saturday was covered in white after experiencing the first snow this winter, which experts said was timely after a much-delayed snowfall in last year's droughty winter.

The snow, which began Friday evening, reached the level of a blizzard in the outlying districts of Yanqing and Changping. In the city proper, the average precipitation was 3.1 millimeters, said the Beijing Meteorological Service.

"The first snowfall in Beijing this winter was most timely. Records show since 1961, Beijing's average first winter snowfall happened exactly on November 29," said Guo Jinlan, a chief forecaster with the service.

The city's first snow last winter did not fall until February this year.

Experts expect the snow to reduce the risks of wildfire and clean the air in Beijing, whose air pollution usually deteriorates in the winter season.

The city has issued an alert for icy roads and advised citizens to beware of health problems during the low temperature and windy weather after the snow.