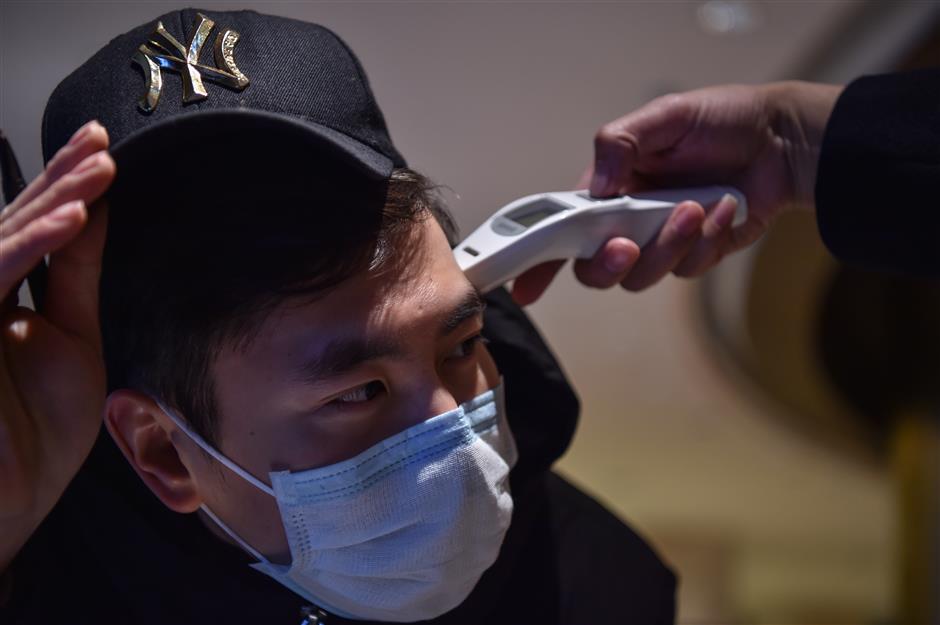 A hotel employee takes the temperature of a person in Wuhan on January 24, 2020.

A total of 356 more new cases and 25 new deaths were reported in the provincial capital of Wuhan, the epicenter of the epidemic, on Wednesday, according to the Hubei Provincial Health Commission.

By the end of Wednesday, a total of 4,586 cumulative confirmed cases of the new pneumonia had been reported in Hubei, with 162 deaths, while 4,334 patients remained hospitalized, with 711 in severe conditions and 277 in critical conditions.

A total of 26,632 close contacts were under medical observation. Hospitals across the province received 32,309 fever patients on Tuesday.