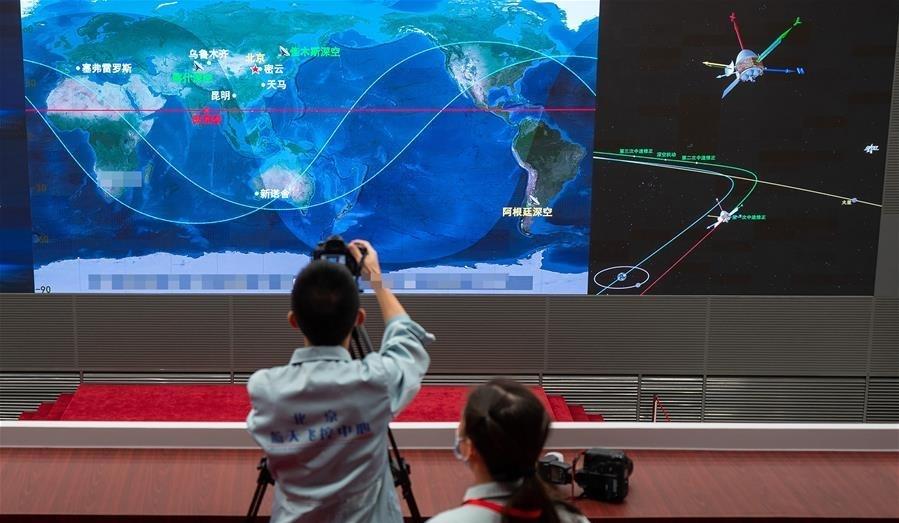 Technical personnel work at the Beijing Aerospace Control Center in Beijing, capital of China on August 2, 2020.

The probe conducted the orbital correction at 7am (Beijing Time) after its 3000N engine worked for 20 seconds, and continued to head for Mars. All the systems of the probe were in good condition.

Before the orbital correction, the Mars probe had traveled more than 230 hours in space, and was about 3 million km away from the Earth.

The operation also tested the performance of the 3000N engine. The probe will undergo several orbital corrections in a more than six-month journey to Mars, said the CNSA source.

China launched the Mars probe on July 23, designed to complete orbiting, landing and roving in one mission, taking the first step in its planetary exploration of the solar system.

The Mars probe is expected to reach the red planet around February 2021. After entering the orbit, it will spend another two to three months surveying the candidate landing sites before landing.