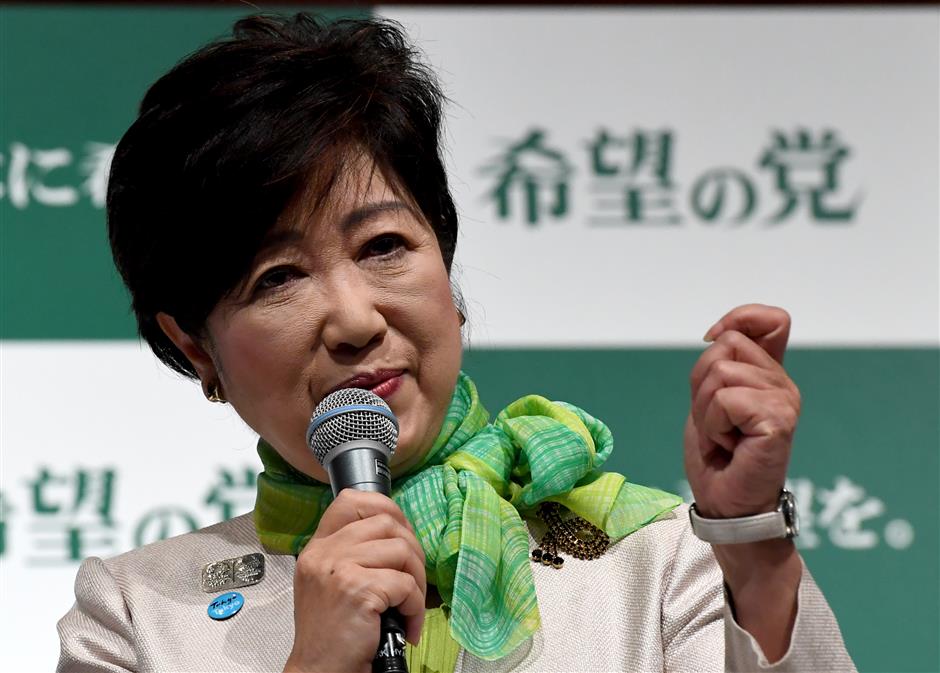 Tokyo Governor Yuriko Koike delivers her speech during an inauguration press conference on her new political party, "Party of Hope", in Tokyo on September 27, 2017.

But the former ruling party lawmaker, who is already upstaging Abe in the media, said she herself would not seek a seat in parliament’s lower house.

Abe said on Monday he would call the snap election to reset his mandate, betting that his Liberal Democratic Party and junior coalition party can keep their majority in parliament’s lower house, where they hold a two-thirds “super majority.” He will dissolve the lower house today for a vote expected on October 22.

At a news conference launching her “Party of Hope,” Koike, 65, repeated promises to form a party without ties to vested interests in order to “reset Japan.”

“If at this time we don’t reset Japan, we won’t be able to sufficiently protect our international competitiveness and national security,” said Koike, a former defense minister who quit the LDP this year.

Koike’s new party is staking out a policy space similar to that of the conservative LDP and the right-wing of the main opposition Democratic Party, a mixture of conservatives and liberals.

But her calls for open government, a freeze on a planned sales tax rise from 2019, an end to nuclear power and a promise to promote diversity give it a more populist tinge.