US troops in Syria come under fire from Turkish forces: Pentagon 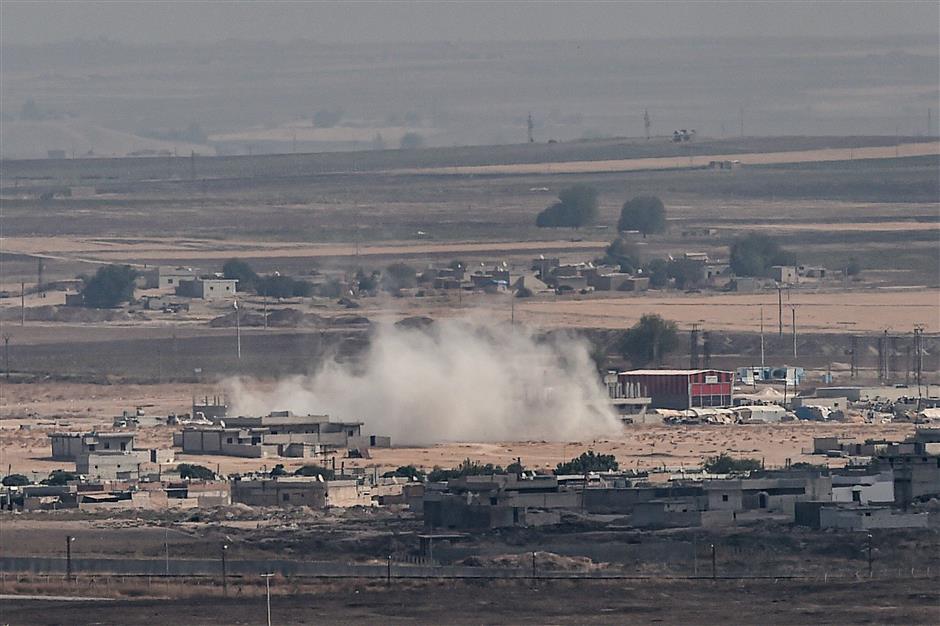 Smoke rises from the Syrian town of Ras al-Ain, in a picture taken from the Turkish side of the border in Ceylanpinar on October 11, 2019.

US troops near the northern Syrian border came under artillery fire from Turkish forces, although no injuries were reported, the US Department of Defense said Friday.

US troops in the vicinity of the northern Syrian city of Kobani came under artillery fire from Turkish positions at approximately 9:00pm local time (1800 GMT) on Friday, the Pentagon said in a statement.

"The explosion occurred within a few hundred meters of a location ... in an area known by the Turks to have US forces present," the statement said.

"All US troops are accounted for with no injuries. US forces have not withdrawn from Kobani," it said.

"The US demands that Turkey avoid actions that could result in immediate defensive action," it added.

US Secretary of Defense Mark Esper said earlier in the day that he had expressed strong opposition to Turkey's actions to his Turkish counterpart Hulusi Akar, reiterating that the offensive caused damage to the US-Turkey relationship.

Esper also made clear to Akar that the Turkish offensive risks serious consequences for Turkey, but the Pentagon chief did not elaborate.

US Treasury Secretary Steven Mnuchin said on the same day that President Donald Trump would give the Treasury authority to designate individuals and entities of the Turkish government involved in human rights abuses or actions leading to the further deterioration of peace, security and stability in northeast Syria.

"We can shut down the Turkish economy if we need to," Mnuchin said in a briefing at the White House.

Turkish Foreign Minister Mevlut Cavusoglu on Thursday said that Turkey would retaliate if the United States imposed sanctions over its offensive into northeast Syria, according to media reports.

Earlier Wednesday, Turkey launched military operations targeting the Kurdish forces in several parts of northeast Syria after the United States started pulling its troops out of there following a recent decision.