Iraqi PM says to ask for resignation amid anti-gov't protests 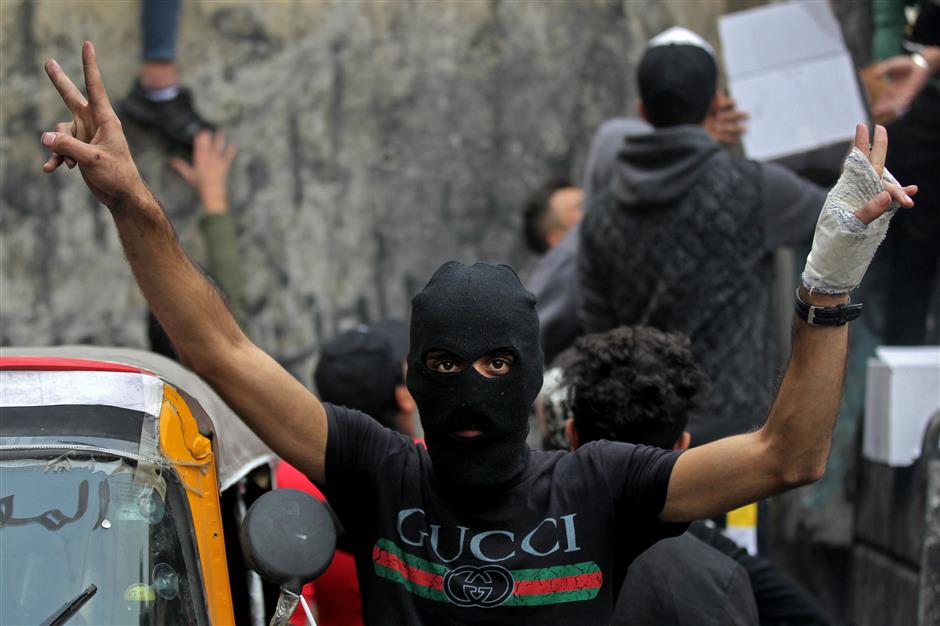 An Iraqi demonstrator wearing a balaclava flashes the victory gesture in the center of the capital Baghdad on November 29, 2019.

Iraqi Prime Minister Adel Abdul Mahdi said on Friday that he will submit his resignation to the parliament in response to anti-government protests.

"I will submit to the Council of Representatives (parliament) an official letter requesting the resignation of the current Prime Minister post so that the council can reconsider its options," Abdul Mahdi said in a statement posted on his official media website.

Abdul Mahdi said he had carefully listened to the speech of the Marjiyah, or Shiite religious leadership, which called on the parliament earlier in the day to reconsider the situation of the current government that was elected by the parliament over a year ago.

In a statement read by his representative during the weekly Friday's prayer, the Shiite cleric Ayatollah Ali al-Sistani said under the current circumstances and with the failure in dealing with the developments of the last two months, the parliament is "invited to reconsider its options and to act to avoid slipping into a cycle of violence, chaos and devastation."

The parliament is also "invited to accelerate the passing of a package of electoral law to satisfy the people in preparation for holding free and fair elections," al-Sistani added.

Mass demonstrations have continued in the capital Baghdad and other cities in central and southern Iraq since early October, demanding comprehensive reform, accountability for corruption, improvement of public services and job opportunities.