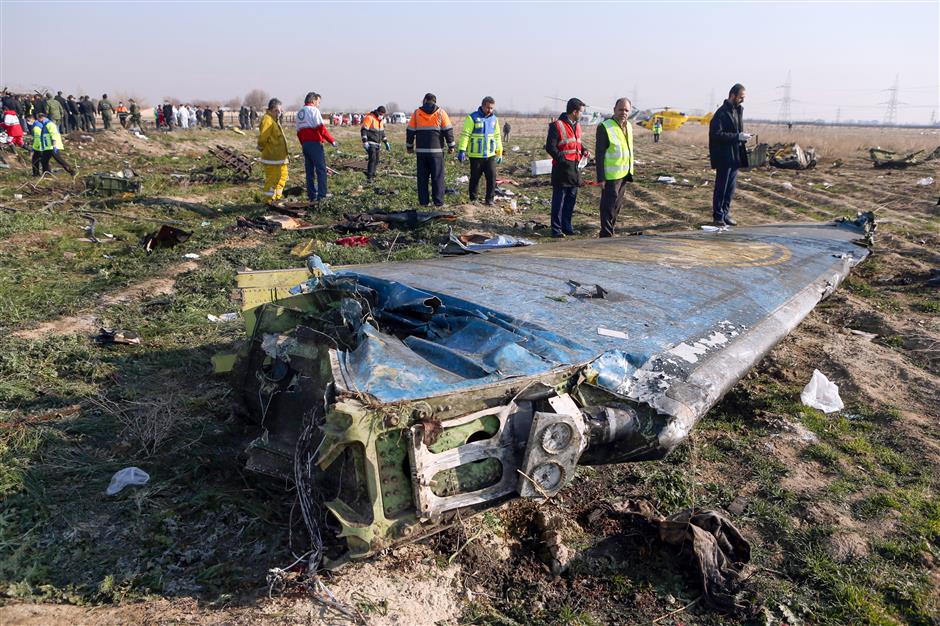 In this file photo taken on January 8, 2020, rescue teams are seen at the scene of a Ukrainian airliner that crashed shortly after take-off near Imam Khomeini airport in the Iranian capital Tehran.

Iranian investigators are blaming a misaligned missile battery and miscommunication between soldiers and their commanders for the Revolutionary Guard shooting down a Ukrainian jetliner in January, killing 176 people.

The report released late on Saturday by Iran’s Civil Aviation Organization came months after the January 8 crash near Tehran, which authorities for days denied having hand in.

The shootdown happened the same night Iran launched a ballistic missile attack targeting US soldiers in Iraq, its response to the American drone strike that killed Guard General Qassem Soleimani in Baghdad.

At the time Iranian troops were bracing for a US counterstrike and appear to have mistaken the plane for a missile. It detailed a series of moments where the downing of Ukraine International Airlines Flight 752 could have been avoided.

The report said the surface-to-air missile battery that targeted the Boeing 737-800 had been relocated and was not properly reoriented. Those manning the missile battery could not communicate with their command center, they misidentified the civilian flight as a threat and opened fire twice without getting approval from ranking officials.

The report notes that the Ukrainian flight had done nothing out of the ordinary up until the missile launch.