The 8th World Forum on China Studies opened yesterday in Shanghai. This is a biennial academic event that brings together China-focused scholars around the world to Shanghai to share their latest research achievements and strengthen their academic ties. At the opening ceremony of the forum, the Award for Outstanding Contributions to China Studies was presented for a fifth time to four distinguished scholars: Nicholas Platt, Kristofer Schipper, Hamashita Takeshi and Tu Weiming. In this page we select a few laureates and look at how they came to be involved in China studies and what it means for their careers and lives. All the texts are provided and proofread by the forum’s organizer and they do not represent the editorial stance of Shanghai Daily. 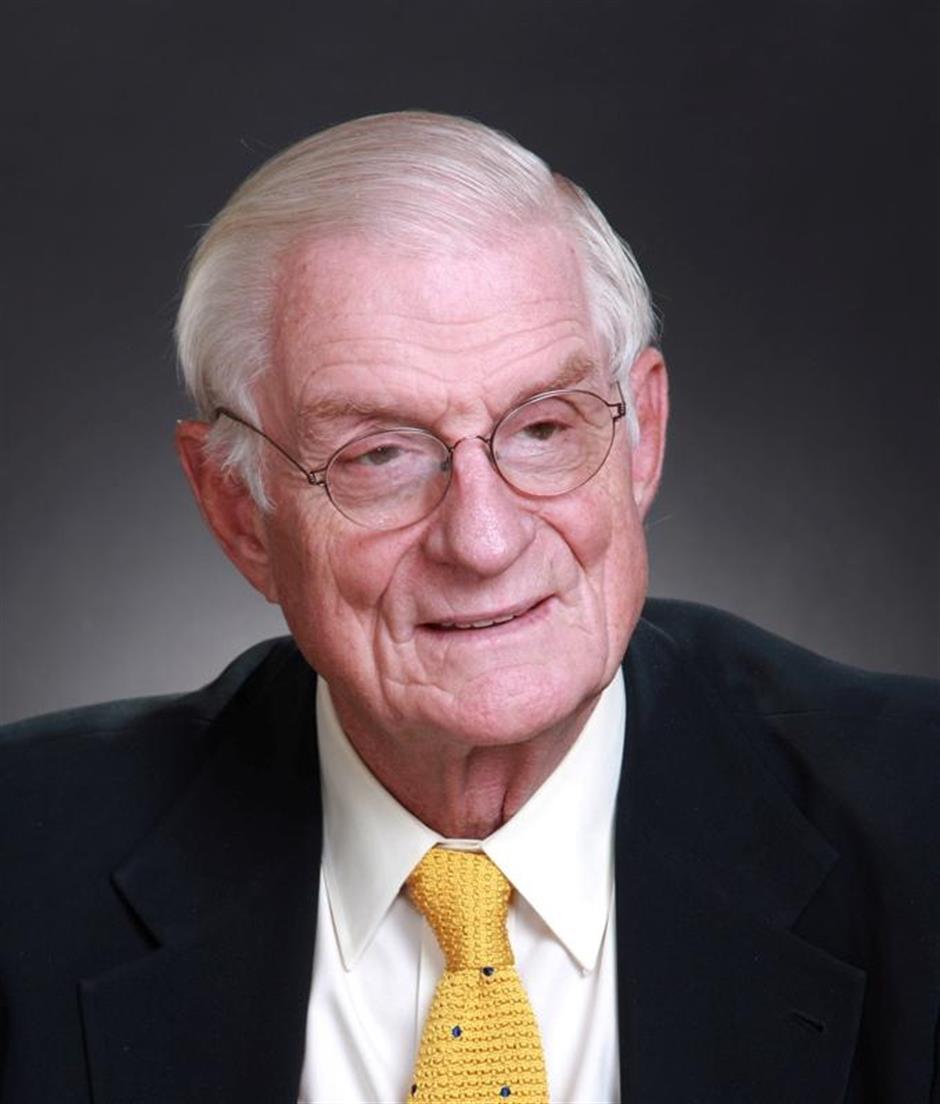 An ex-diplomat reflects on Sino-US relations

After a 34-years foreign service career, Nicholas Platt served for 12 years at the helm of the Asia Society before becoming President Emeritus on July 1, 2004. He began his career in Asia as a China Analyst at the US Consulate General in Hong Kong from 1964-68. In 1972 he accompanied President Nixon on the historic trip to Beijing that signaled the resumption of relations between the US and China. He is a member of the New York Council on Foreign Relations, a board member of the Friends of China Heritage Fund Limited, Chair of the USChina Education Trust Advisory Board, and on the Christie’s American Advisory Board.

Having first traveled to China with President Nixon in 1972 and worked with Dr. Henry Kissinger to set up our first diplomatic offices back in 1973, I have a long view of the arc of our relationship. Most of my work for the past 25 years has concentrated on the people-topeople relationships that have come to form the foundation of US-China ties.

Over the years, these relations, once tiny and barely existent, have become so huge that they have assumed major strategic significance. Trade, investment, travel, sports, culture, science and education have become regular agenda items in high-level strategic consultations between our governments. But while the governments set the tone and legal framework, the day to day management of these ties is for the most part in the hands of private institutions or organizations below the state level.

Policy shifts on both sides now threaten our interdependence. Looming conflict and suspicion cloud our trade and investment. I am frequently asked whether this relationship, which has changed and moved the world for almost 50 years, can survive these pressures. I firmly believe that it can. Is conflict inevitable? I believe it is not.

China is too big to contain, the relationship too complex to decouple. We have spent decades together, both competing and cooperating, while dealing with serious crises along the way. I align myself with those scholars and experts in the United States who signed a recent public letter warning against treating China as an adversary. We have no choice but to press ahead, with the focus on practical solutions rather than ideological pronouncements. Our goal should be to free the Chinese and American peoples to follow their own mutual interests, enabling the two societies, in Dr. Kissinger’s word, to “co-evolve.” 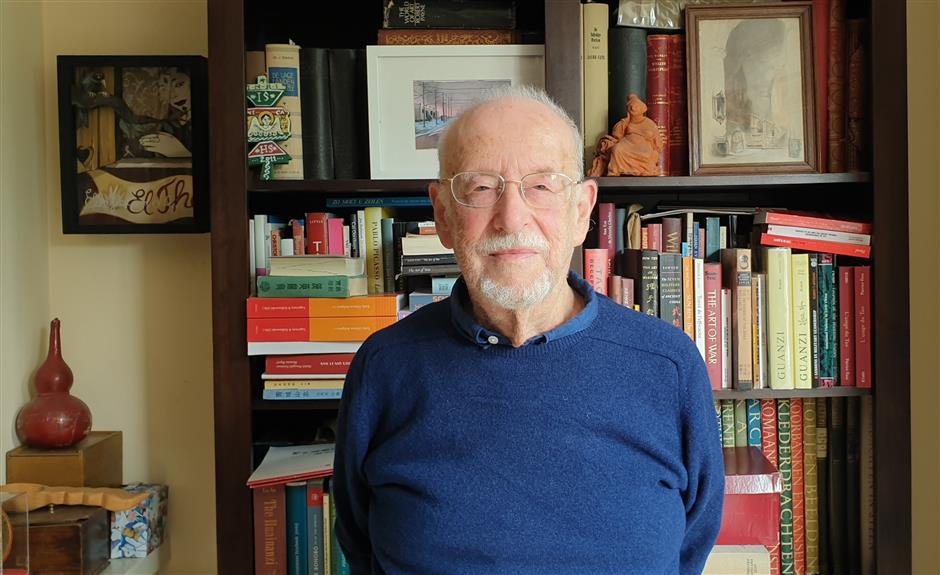 A lifelong passion for Daoism and China studies

Kristofer Schipper (1934; French nationality) obtained his Ph.D in 1962, and the French State Doctorate in 1983. As Fellow of the Ecole Française d’Extrême-Orient, he did field research in China (1962-1972). He then was called to the chair of Chinese Religions at the Ecole Pratique des Hautes Etudes in Paris.

In 1975 he established the European Association of Chinese Studies and at its annual conference in 1976 launched the International Daozang Project of the European Science Foundation. Kristofer Schipper is Member of the Royal Netherlands Academy of Sciences.

I am truly honored to receive today’s World China Studies Forum Award. This high distinction is a great encouragement to all those who everywhere in the world are like me devoted to the study of Chinese culture. If indeed I might be considered to have academic achievements that would warrant me to receive this award, these achievements are entirely due to the legacy of previous generations of great scholars in Europe, and especially in France, who, inspired by their love of Chinese culture, have accumulated and transmitted their works to us today.

At present, this tradition continues to flourish. Not only several universities in Paris and elsewhere in France nowadays have chairs dedicated to Chinese cultural disciplines, but also many young scholars from all over the world, including from China, come to work there while at the same time being connected to Chinese academic institutions where they are engaged in similar researches. Therefore the present award should in fact belong to the ancient predecessors in Europe as well as to their young counterparts today.

As to myself, I can only say that after graduating from high school in Amsterdam, I had the good fortune to enter the University of Paris, and that this was also the beginning of my involvement with China. In 1962, I received my Ph.D in Sinology and was recruited as a young researcher at the French Institute of Far Eastern Studies (Ecole française d’ExtrêmeOrient). This then allowed me to go to China and begin a new learning process.

Since then people often asked me why I spent my life studying the philosophy, history and practice of Daoism. The answer to this question is actually very simple: I did study Daoism because my teachers in France studied it and introduced it in their lectures. Indeed, China’s native philosophy and religion have been from the very beginning part of French Sinology. Stanislas Julien (1797-1873), the founding pioneer of French Sinology, who was the first one to academically teach Chinese language and culture in Europe, not only translated the Laozi, but also the Taishang Ganyingpian together with its extensive commentary. 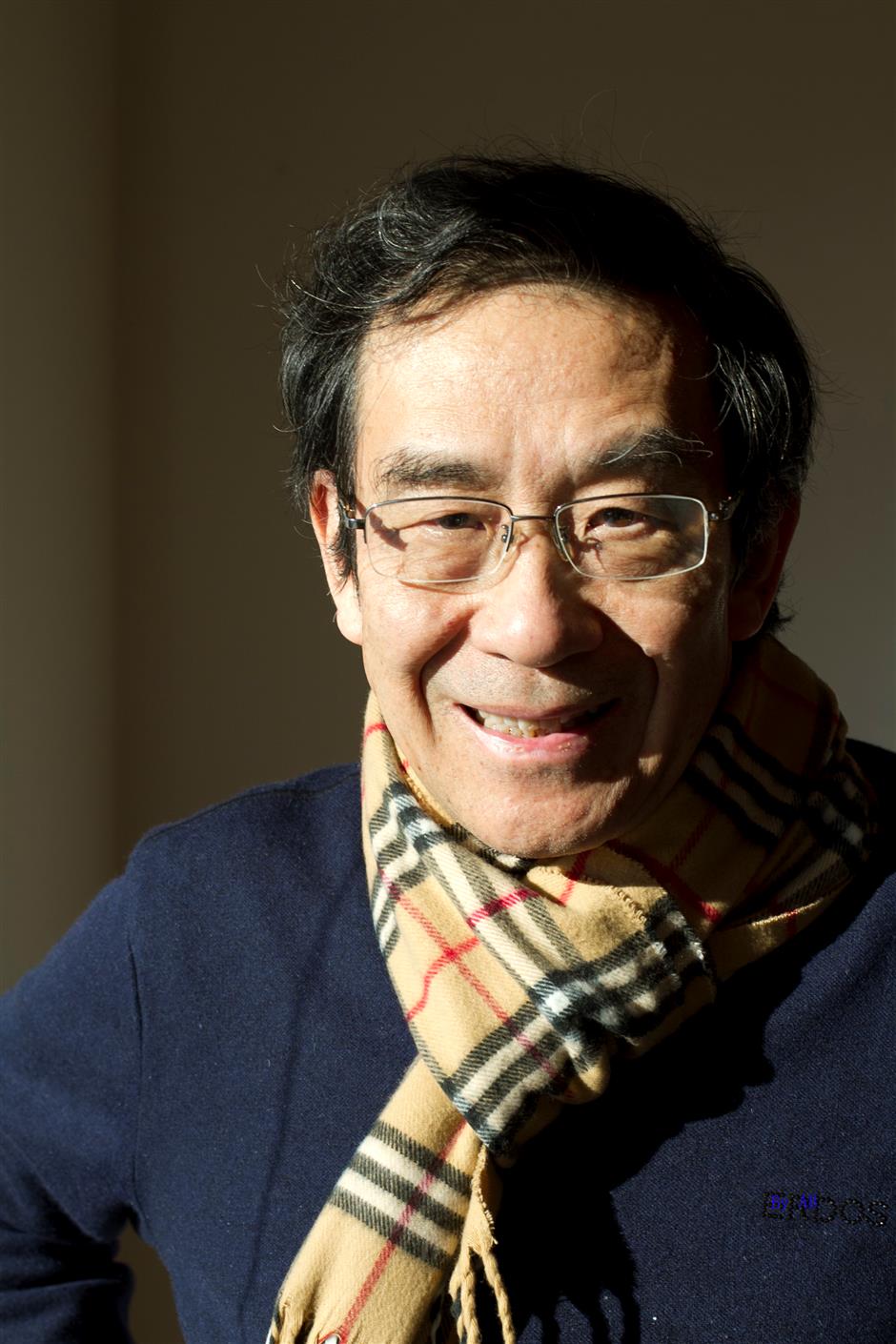 Harmonious union of Heaven and humanity

Tu Weiming is Professor of Philosophy and Director of the Institute for Advanced Humanistic Studies at Peking University.

Tu’s prominent publications include “Neo-Confucian Thought in Action: Wang Yangming’s Youth, Centrality and Commonality,” among many others.

Tu has been instrumental in developing international discourses on Dialogue among Civilizations and the idea of Cultural China, and has also offered critical reflections on the limits of the Enlightenment mentality and the challenge of multiple modernities.

The 24th World Congress of Philosophy was held in Beijing in 2018 under this very rubric: “Learning to be Human.” The 2015 International Institute of Philosophy Annual Conference (“Dimensions of the Human”) also took place in China. Philosophical interest in the concept of the “human” can be traced back to the Axial Age, when Greek, Hebrew, Indian and Chinese thinkers all began to ask some of the same questions about ultimate meaning; it is nice to see that some of this wisdom is still alive today as we reflect on our contemporary predicament.

In a context of serious risk of irreversible environmental damage, upheaval in the global political order, resurgent racism and nationalism, and a gradual commodification of social relationships, it is my hope that individual human beings will still find space for self-reflection and the construction of an inner spiritual world in which the pursuit of meaning and the study of how best to carry oneself in a variety of challenging situations might culminate in a conscious awareness of how best to be human.

Such self-awareness is naturally embodied in our relationships with ourselves, our social environments, nature, and even Heaven itself. The Confucian ideal of tianrenheyi or “the harmonious union of Heaven and humanity” is not only the ultimate horizon of learning to be human, but also something that everyone can achieve in her daily life.

This Confucian “spiritual humanism” faces four main challenges today: 1) to promote individuals’ relationships with themselves, their bodies and minds and spiritual natures; 2) to strengthen human relationships, starting with the family and extending all the way from the local community to the human world as a whole; 3) to transcend anthropocentrism, and establish a sustainable, harmonious relationship with nature; 4) to facilitate human beings’ dialogue with Heaven.

I hope and believe that the humane principle at the heart of Confucianism, strengthened by dialogue and contact with other civilizations, will allow us to build on the gains of the Enlightenment, transcend the excesses of the recent “Secular Age,” and offer important resources for humanity’s 21st-century philosophical conversation with itself.

Special Reports
ADVERTISEMENT
61909
,
Reflections on China's effective containment tactic
Living under the shadows of two pandemics
Amid times of uncertainty, app preserves messages of hope and happiness
Vlog: Is Shanghai really getting back to normal?
Vlog: How does quarantine in Shanghai compare with New Zealand?
Inconvenient truth about the missed opportunity
The West's long learning curve in mitigating pandemic's economic impact
China success in containment of COVID-19 valuable
A simple way to keep COVID-19 economy working
A financial review of the pandemic control
EXPLORE SHINE