The Belt and Road Initiative is a practical platform for implementing new forms of international cooperation and realizing China’s vision of a global community for a shared future.

Connectivity as championed by the BRI has always been essential to global and regional collaboration.

Consultancy McKinsey & Company predicted that by 2030, US$57 trillion will be needed for the construction of roads, bridges, ports, power plants, tap water systems and other infrastructure, so that the world economy can grow at the projected rate.

This figure is 60 percent higher than investments made over the past 18 years and has topped the value of existing global infrastructure, according to a McKinsey & Company report.

The report also says that if large schemes of building physical and institutional infrastructure are successfully executed in countries along the Belt and Road, the growth generated by these countries will account for 80 percent of the world GDP and produce more than 3 billion middle-class consumers.

Infrastructure expenditure has the effect of multiplying value creation. According to economists, an estimated US$1 billion that goes to infrastructure is expected to create 30,000 to 80,000 jobs and add US$2.5 billion in GDP.

Justin Yifu Lin, former senior vice president of the World Bank, once said that every dollar spent on infrastructure in developing countries will increase their combined imports by 70 US cents, half of which comes from developed countries.

As such, global infrastructure investment will boost the exports of developed nations, making room for structural economic reforms.

BRI originated from China but it benefits the whole world. In the past, since infrastructure spending is huge, risky and it takes time for the promised returns on investment to materialize, many national governments and international organizations are reluctant to contribute financially.

China’s development of the BRI has prompted the European Union and the US to roll out their own frameworks for an infrastructure building drive. These frameworks either accord or compete with BRI in nature. If anything, this has also been one of the contributions of BRI to world development.

Six years after the inception of BRI, China has established 82 industrial parks overseas in partnership with local governments, generating about 300,000 jobs as part of its stated goal to bring development opportunities to others. All the 279 projects detailed during the First Belt and Road Forum for International Cooperation in 2017 have been implemented.

But some Western countries have continuously leveled broadsides at the BRI, calling it a “debt trap” and describing it as a ploy that lacks transparency, causes environmental degradation and abets local corruption.

In response, President Xi Jinping outlined three concepts — open, green and clean — for high-quality development of BRI at the Second Belt and Road Forum for International Cooperation this year.

By making the BRI more open, China’s purpose is not only to encourage more domestic companies to tap overseas markets and use their technological advantage and production capacity to serve the BRI; what’s more, it is hoped that countries along the Belt and Road will take their money to China, together with expertise and know-how.

For the BRI to become greener, it will have to involve ecological protection through its different phases. This endeavor will be conducive to the deepening of mutual understanding and support among governments, businesses and the general public among Belt and Road countries. And efforts will be needed to strengthen the role of green finance. Operators of eligible programs should be encouraged to apply for national green development funds.

And lastly, the BRI is also a scheme that is crafted and implemented in accordance with ethical and legal principles, meaning it is devoid of corruption.

China is determined to promote cooperation and build a sound business environment, encourage enterprises to strictly abide by the laws and regulations of the country in which they operate, and spearhead international anti-corruption efforts.

The author is director of the Institute of International Relations at the Shanghai Academy of Social Sciences. Shanghai Daily reporter Ni Tao translated the article from Chinese. 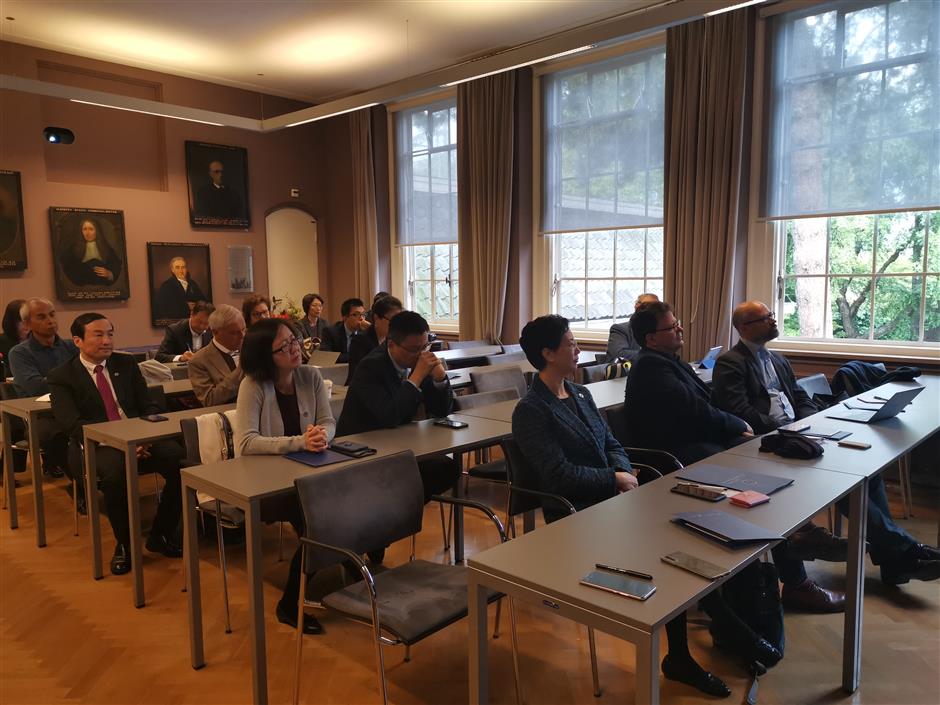