In the last decade, Greece and China have established a powerful and enduring partnership that has put both countries at the forefront of world shipping and logistics. It is a relationship that is set to grow further.

The importance of our shared goals cannot be overstated: China is the world’s largest exporter and Greece is a world leader in shipping. Both countries stand to gain from growing world trade and lose from international trade wars.

Our mutual interests are also rooted in our commercial relations.

Greek shipowners are leading customers of Chinese shipyards: Since 2010, roughly half of all Greek ship orders — an orderbook worth about US$50 billion — have been placed in China.

In the past 10 years, Chinese shipping giant Cosco has transformed the Port of Piraeus — Greece’s largest port — into the second busiest container terminal facility in the Mediterranean and one of the 10 busiest in Europe.

The port is now a vital link in China’s ambitious Belt and Road Initiative, and Cosco is now proceeding with a further 600 million euros (US$668 million) investment plan to upgrade the rest of the port, including new cruise ship, warehouse and hospitality facilities.

Chinese companies are also leading participants at Greece’s biennial Posidonia Exhibition, the world’s preeminent shipping exhibition. Chinese exhibitors have been present at the trade fair since the 1970s, but their participation has risen significantly in the past several years.

At the 2018 Posidonia, 175 Chinese companies took part, representing the largest national delegation among the 92 countries and territories present and highlighting the close business relationship between Greece and China in the world of shipping.

Even as rising trade protectionism threatens to undermine global trade, both countries are moving ahead.

Building on its tradition in shipping and the country’s strategic location at the crossroads of three continents, Greece is investing billions of euros in road, rail, port and airport infrastructure projects to establish itself as a transport and logistics hub for southeast Europe.

Among them is the Thriasio logistics center that is being built west of Athens, just a few miles from Piraeus port, which is a flagship project for those efforts.

By 2030, as part of a European Union master plan, Greece plans to upgrade its transport corridors throughout the region, marking its emergence as a critical link in the global supply chains between Asia and Europe.

Since 2009, when Cosco began its container operations in Piraeus, the company has brought in major multinationals from China and the US that are already using the port as a regional distribution center. Greece welcomes other Chinese companies to follow.

Meanwhile, China is maintaining its leadership in global trade through initiatives like the China International Import Expo — where Greece is the honored country this year — and by expanding commercial relations with Europe.

Over the next decade and a half, imports to China are expected to rise by US$40 trillion, making the Chinese market a high priority for exporters in Greece and around the world.

Global supply chains flow through Greece and China, and both depend on a world of robust and rising international trade. Amid future uncertainty, our two countries are charting a common course for the future. 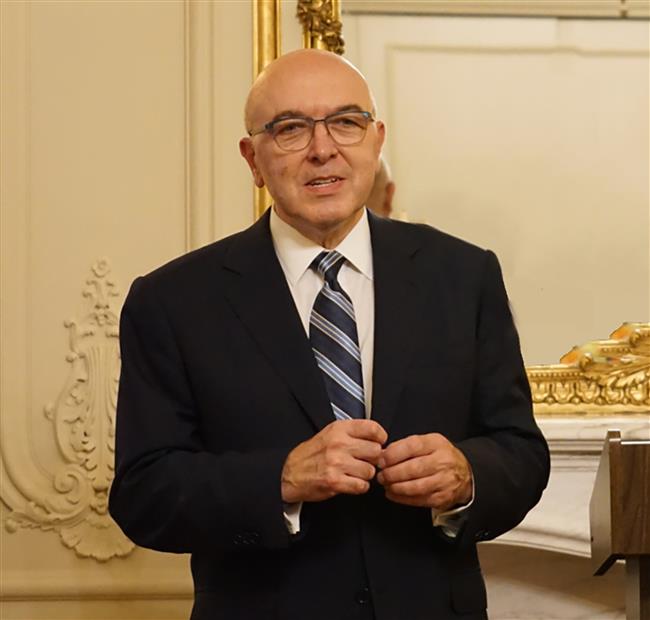