Working with Chinese partners in animated films brings us together

In the following interview, Joshua Selig asks Eric Beckman about working with Chinese artists and their shared love for all things China. Beckman is founder and head of GKIDS, a production/distribution company with offices in New York and Los Angeles. 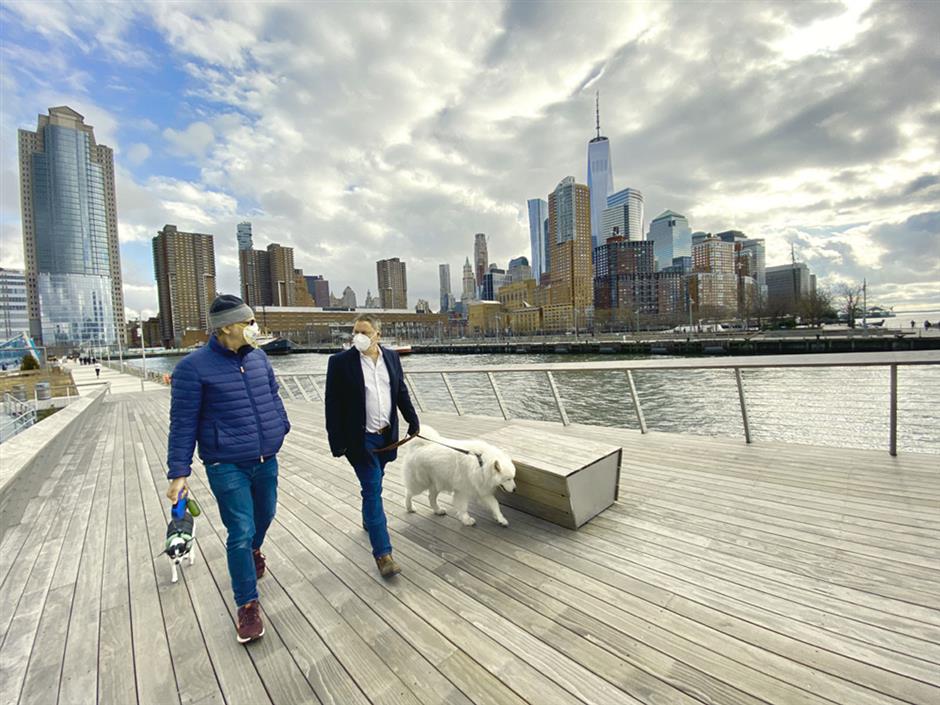 Q: I’m curious, what are some of the biggest changes you’ve noticed in the Chinese animated film industry over the past 10 years?

A: The sheer size for one. My first trip to China was in April 2011 for the China International Cartoon and Animation Festival in Hangzhou. There were a bunch of TV projects, a product licensing pavilion, but almost no feature films. By my next trip in 2015, things were starting to really get going. Lightchaser Animation Studio had put together a Pixar-like CGI studio from scratch and was completing their first film in just one year. Enlight Coloroom announced a slate of 22 films in different styles and with different studios, and a dozen or so visual effects companies had sprouted up and were working on live action as well as animation. I started coming more frequently after that, and in 2019 we programmed international animation for the Beijing International Film Festival, and got to meet a lot of distributors, studios and digital platforms.

By 2019, it was a completely transformed ecosystem, it seemed like an entire creative industry had grown where there was none before.

Q: What qualities do you admire in the leading Chinese filmmakers?

A: The enthusiasm. There is just such unbridled energy and enthusiasm and excitement to be making movies. And optimism. It’s really refreshing compared with the sometimes cynical, over-professionalized attitude you can encounter elsewhere. The Chinese creators I have met seem to be having fun. They are energized, and the world seems full of possibility. And there is also this sense that they are not just doing something important for themselves, to make money or further their careers, but they are doing something important for China, so there is this sense of pride and responsibility, too.

Q: We are both fans of “Nezha.” Why do you feel this is an important film?

A: These days, you get the sense that Chinese studios aren’t looking to emulate Hollywood or Japan as the model as much as they once were. A film like “Nezha” does not aspire to be Pixar or Dreamworks. It’s not just that “Nezha” employs a traditional Chinese story and characters, but the pacing, the humor, the whole cinematic language feel distinctly Chinese — and that is specifically what makes it exciting and relevant. I was fortunate enough to have watched the “Nezha” animatic in the Beijing offices of Enlight before it was complete, and (the producer) Yi Qiao’s excitement in sharing it was so palpable and contagious.

Q: You once said that the benefits of shared understanding and shared humanity can only come from shared experience. Can you elaborate?

A: When I was at The Annecy International Animation Film Festival last year, I went paragliding with the filmmakers from Lightchaser, who were there with their film “White Snake.”

For paragliding, you literally jump off a 1,000-meter cliff on a kind of kite-like contraption and surf the wind. I am afraid of heights and am trembling inside and clutching my seat. When it came time to actually step off the cliff, “White Snake” director Amp had a bit of a panic attack, but he powered through it and had a great time. Anyway, the point is, when you are in the air and feeling that exhilaration, when you are laughing or experiencing fear or joy, you are not Chinese or American or business partner or rival. And the shared experience brings you closer together. The next day when I passed by Amp in the festival market, we exchanged big smiles and didn’t need to say anything to know what we were thinking.

Obviously, you don’t need to jump off a cliff to get that feeling. Eating dinner together is a bonding experience. Eating together at someone’s home and meeting their family takes it to a whole other level. When someone has a different background, creating ways to have that shared experience becomes more essential and also more mutually rewarding. This is really baked into the whole GKIDS philosophy. We work in close collaboration with filmmakers and companies in China, South Korea, France, Brazil, Ireland, Spain, Japan and the list goes on. When we are evaluating new projects, we consider three things: First, is the project creatively exciting? Second, do we feel good about the people we are working with? And third, is there a viable economic model? The people we are working with is a huge factor! You are spending years on these projects, and making decisions and creating something together. It takes a big part of your life! So, you really want that to be a positive experience.

Q: You sent me a text that said, “When you recognize someone as one of your own you treat them with humanity even if you disagree with them. Until you say ‘brother Xiao’ or ‘sister Zhang’ you can’t really begin to make progress or have successful social, business or creative collaboration.” Can you say more about this and how it relates to working with China?

A: Yeah, I think I was riffing on Cornell West, the great American author, philosopher, social critic. When you put a “brother” or “sister” before someone’s name, you are saying: You are a part of my family. I care about you as a person, I have love and compassion for you. Without having to work too hard, actually saying brother or sister out loud automatically shifts your focus to your common humanity.

This is really useful in a creative or business collaboration across cultures. It is human nature to see unfamiliar people as “other” — whether you are doing business with a Chinese company or ordering in a Chinese restaurant, or getting in the back of an Uber. But if you literally take two seconds to look into the person’s eyes, and say to yourself “brother” or “sister” you instantly start to become curious about that person’s life ...

Joshua Selig is founder and president of China Bridge Content, a company committed to building business ties between China and the world in the media sector.