On the historical significance of the new resolution 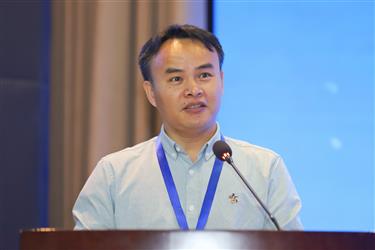 The Sixth Plenary Session of the 19th Central Committee of the CPC, held November 8-11 in Beijing, had adopted the Resolution on the Major Achievements and Historical Experience of the Party over the Past Century.

The third of its kind, this is another historical resolution in the Party's history.

A special kind of document, historical resolution has played a special role in the Party's history, and so far they numbered no more than three.

The common mission about these documents was the summing up of historical experience, unifying thoughts, cementing the unity of the Party, and enhancing rapid progression of the cause of the Party and the people. The Resolution on Certain Issues in the History of the CPC issued in April 1945 was a formal assessment of the ten years between 1927, when the great revolution failed, and 1937, with the all-round breakout of the War of Resistance Against Japan.

In particular there was appraisal of the Party's leading line from the fourth plenary session of the Sixth CPC Central Committee, to the Zunyi Meeting in 1935. This document, preparatory to the Seventh CPC National Congress in 1945, pushed Party unity to a hitherto unattained level, laying down ideological and political foundation for the new, socialist China.

The Resolution on Certain Questions in the History of the CPC Since the Founding of the People's Republic of China in 1981 was a systematic assessment of the 32 years since the founding of the new China, with the core issues concerning an objective assessment of Mao Zedong, the appraisal of the "cultural revolution," and an evaluation of Mao Zedong Thought. This document, paving the way for the shift of focus of Party work to economic construction, laid down a solid basis for socialist development with Chinese characteristics.

Unlike the first two documents, which focused on historical issues and lessons, the current document on major achievements and historical experience of the party over the century focuses more on original thoughts, revolutionary practice, breakthrough developments and landmark achievements, particularly since the 18th CPC National Congress. It's a landmark document about the sinicization of Marxism, and a veritable CPC political pronouncement about ushering the new future in light of its historical experience.

It's also an action plan aiming at achieving the great national rejuvenation, and of considerable theoretical value to a correct understanding the past, present and future of CPC.

The author is a researcher at Shanghai Federation of Social Science Association, and editor-in-chief of the Academic Monthly.