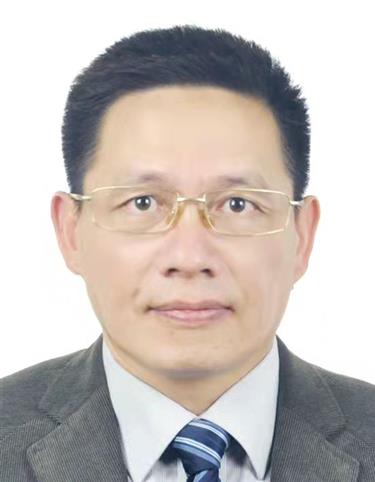 The whole Party should be reminded of the fundamental issue of what CPC is in the first place, and what it's up to.

This question has been brought up in the Resolution on the Major Achievements and Historical Experience of the Party over the Past Century, recently adopted at the Sixth Plenary Session of the 19th Central Committee of the CPC.

As a matter of fact, this is a question constantly addressed in the Party's previous pronouncements, guidelines, resolutions, and communiqués, which all help to establish the Party's political identity.

This question has been also answered by what the Party has done, and what it intends to do, in CPC-led Chinese revolution, construction and reforms over the past century.

These fell into several stages.

During the period of the new-democratic revolution, the Party successfully founded the People's Republic of China, and achieved national independence and the people's liberation by overthrowing imperialism, feudalism and bureaucrat-capitalism.

During the period of socialist revolution and construction, the Party realized the transformation from new democracy to socialism, and achieved social transformation at once profound and extensive.

During the new period of reform, opening-up and socialist modernization, the Party continued its exploration of the correct path of socialist construction, by shifting the focus of the Party and the country's work onto economic development.

During the new era of socialism with Chinese characteristics, the Party continued to strive toward the great goal of national rejuvenation, through eradication of extreme poverty, and the building of a well-off society, scaling new heights in terms of the state's economic strength, scientific and technological capacity, and comprehensive state power.

The Party's century-old struggle amply demonstrates that it has always deemed as its original aspiration and mission the pursuit of people's happiness, the national rejuvenation, and a community of shared future for mankind.

The question could be further approached from the following four dimensions.

First, the CPC is a Leninist "super revolutionary party" which, fired with steely revolutionary will and informed by revolutionary spirit, and given its vehement China identity and national pride, is tireless and unstoppable in its aspiration to change China and the world.

The advanced nature of the CPC could also bring home to the Party its own problems, shortcomings, and errors, so that it could, through self-revolution, adapt to the needs of changing situation and meet people's expectation.

Second, the Party is a long-term leading Party of the choice of history and the people, quite distinct from the ruling party vs opposition party in the West. This characteristic about the Party effectively puts an end to the short-termism or the trading of acrimony so common to bipartisan or multi-party politics in the West, thus enabling the Party to draw up and implement multi-stage strategical blueprint with vision and foresight.

As a consequence, successive government could carry on the agenda of the previous government, envisioning grand, strategic objectives by building on existing achievements.

Given its glorious previous record, its prestige and its capacity for self-revolution, the Party, rather than weighed down by its past mistakes, could afford to correct its mistakes and forge ahead with a clear conscience.

This allows the Party to transcend the narrow calculations inherent in interest groups and, with the common interests of the Chinese people or the humankind as a point of departure, could effectively curb the encroachments and ravages of special interests in the Party's pursuit of sustainable development.

Fourthly, as representative of advanced productivity and advanced Chinese culture, the CPC is also a party of "innovative civilization" that seeks to consciously hand down the best of human civilization. This sets CPC apart from political party in the general sense of word, with the Party standing out as an advanced institution with grand aspirations that views innovative human civilization as its chosen mission. Such a party could no longer be contented with existing fruits of civilization, whether Western or Chinese, but would take the lead through constant learning, innovation, setting the pace, and marching ahead of the times.

Given these four dimensions, China's path to modernity is uniquely different from Western capitalist modernization based on foreign invasion and expansion, and distinct from Soviet-Russian's option.

It's a developmental path marked by stability, order, efficiency and peace, that enables the country to, in a span of seventy years, to go through a journey that took Western capitalists hundreds of years, while avoiding the social fractures, ruptures, and wars intrinsic to the Western mode of development.

The objectives of building a socialist, modern country will enhance the building of a community of shared future for humankind, and go a long way towards building a new world of lasting peace, pervading security, common prosperity, openness and inclusiveness, and cleanness and beauty.

The author is professor of philosophy at the China Institute, Fudan University. His books include "Remaking Civilization: Marxism and China," "Socialist Core Values," and "The Communist Party of China and the New Paradigm of Civilization" (forthcoming). The views are his own.