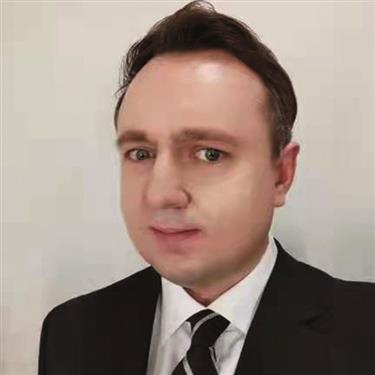 The United States Congress is on the brink of passing the "Uygur Forced Labor Prevention Act," a bill that accuses China of engaging in forced labor practices in the Xinjiang Uygur Autonomous Region, and pushes a legalized priori "assumption" that all goods manufactured in this region are of such an origin, a "guilty until proven innocent" position and subsequently bans them from being imported.

In making a statement on the bill, the White House stated that it supports the legislation with the goal of both "onshoring" and "third shoring" what it describes as "key supply chains," including "renewable energy" and "semiconductors." In order words, to shift these supply chains from China back home, or into third countries.

The statement gives insight into how the Biden administration has articulated a strategy in order to try and gain control of certain supply chains with the view to containing China's rise by either aiming to undercut its dominance in certain areas, such as solar panels, or otherwise attempting to isolate China from the global supply chain altogether, such as in semiconductors.

In both instances, the US has infused opportunistic sanctions with protectionist policies and coordinated tactical investments, a situation China must be mindful of when responding to in the long run.

A big priority of the Biden administration has been to accelerate America's proficiency in clean energy, of which China currently dominates.

To do this, the Biden administration has weaponized allegations pertaining to the Xinjiang Uygur Autonomous Region as a means to an end in advancing protectionist goals, by groundlessly accusing solar panels of being "made with forced labor" in order to undercut China's market share and boost US production.

In conjunction with the government, the US International Development Finance Corporation subsequently pledged US$800 million to invest in solar panel capacity in India. The political intent of these are clear as day, to "onshore" and "third shore" the supply chain to America's advantage.

Since 2018, the United States has identified semiconductors as the single most strategic technology in attempting to offset the rise of China, primarily because they are essential to empowering all electronic devices and pose enormous consequences for the balance of power, as well as the fact that China relies on an ever-growing demand for them to fuel its own development.

Secondly, the United States has targeted Chinese semiconductor manufacturing firm such as SMIC with similar measures, but also in turn has sought to limit their access to overseas semiconductor manufacturing equipment, such as the prized "Extreme Ultraviolet Lithography Machine" required to produce the most high-end chips. In 2018, the Dutch firm ASML was barred from sending one to China.

In conjunction with this, the US has taken a position of opposing every single major semiconductor investment into China by third parties, and incentivized them to invest in allied countries instead.

Intel was blocked from building a new plant in China, and chose Malaysia instead and the US voiced opposition to South Korea's Hynix when it planned a huge new factory in China.

In conjunction with this, the US has strongarmed TSMC to invest in new plants in Arizona, in Japan and in Germany, aiming to build up the global supply chain on "allied territory."

Similarly, the US has likewise initiated a policy of getting allies to block China from acquiring overseas chip firms.

What can China do about this?

China must be conscious that there is a coordinated strategic effort by the US and allies to rewire certain supply chains with the goal of advancing strategic containment against the country. Since Beijing has placed all guns blazing on advancing semiconductor capacity, research and expertise, it should be prepared to work with others too and acquire strategic partners in countries who are also interested in boosting their own technological development.

(The author is a South Korea-based English freelance writer. The views are his own.)