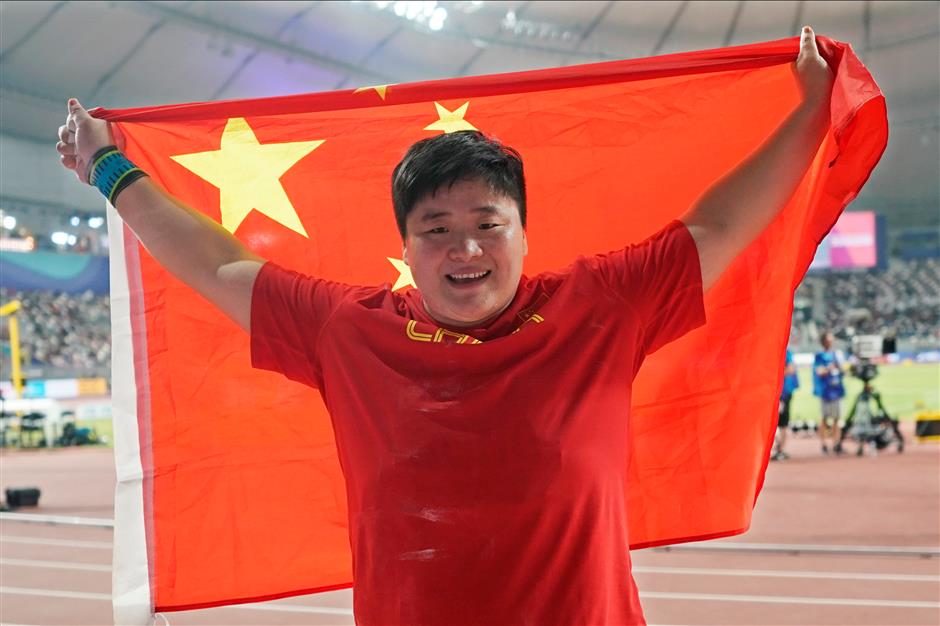 Gong Lijiao of China celebrates after winning the women's shot put final at the 2019 IAAF World Athletics Championships in Doha, Qatar, on October 3.

With Gong's victory, China collected a total of nine medals with three medals in each color. 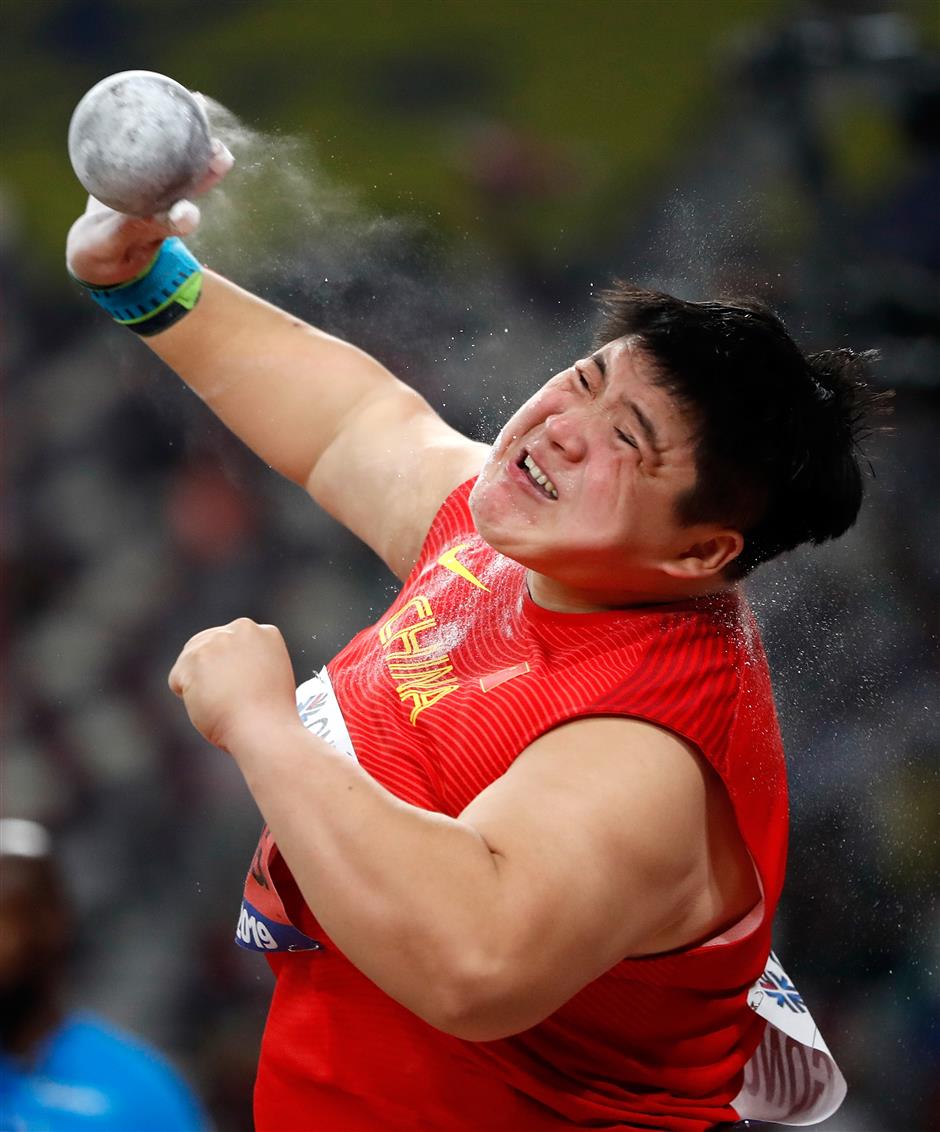 Gong, 30, held off a strong challenge from Jamaica's Danniel Thomas-Dodd and produced four throws over 19m, grabbing the gold at 19.55 thanks to her fourth round effort.

Gong was satisfied with her title but thought she should have better throws.

"I'm so happy to win but the result was well below my expectations," said Gong who was in her seventh world championships.

"I felt pressure because my rival (Thomas-Dodd) was close behind me. I thought if she made a longer throw (than my fourth one), it would be difficult for me to overtake her (in the last attempt)," Gong admitted. 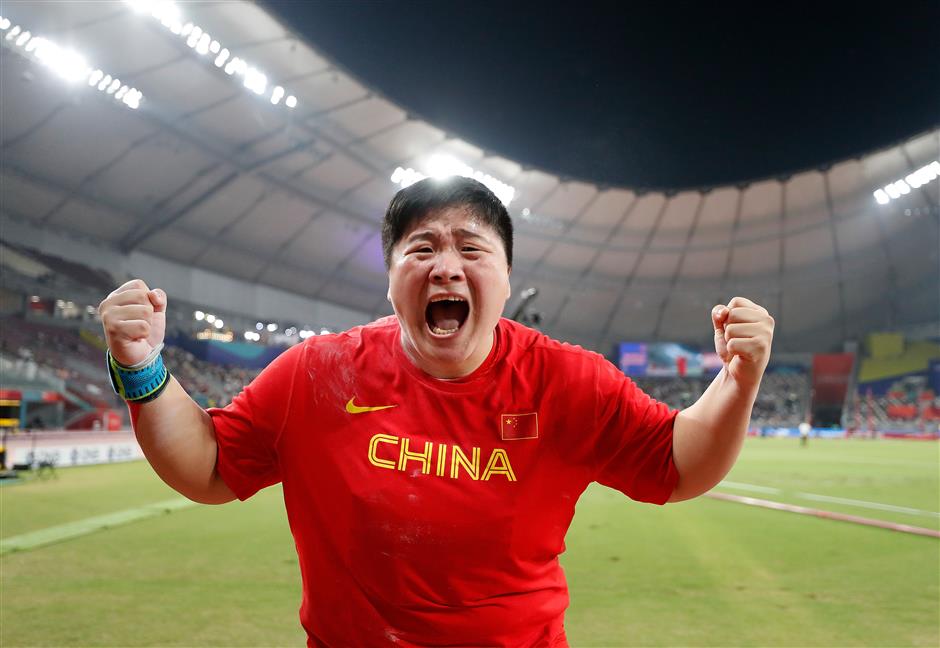 China's Gong Lijiao celebrates after winning the title of the women's shot put fnal at the 2019 IAAF World Athletics Championships.

Thomas-Dodd also achieved four over-19m marks and took the silver at 19.47. The bronze medal went to Germany's Christina Schwanitz at 19.17.

"It's definitely a big accomplishment for me. In 2017 I was very disappointed but it was my first world championships and I had to take everything in strides and make a mark for myself. I am very happy with my performance today," said Thomas-Dodd.

She said her silver medal had more meaning than just a medal.

"In Jamaica we are starting to see some results in the field events. We have the talent. We are trying to convincing the kids that it's not all about sprints and hurdles. You can try other events and be successful on the world stage," she said.

Shaunae Miller-Uibo of Bahamas took her country's first medal here finishing second in 48.37 and Jamaican Shericka Jackson was third in 49.47.

Britain's Katarina Johnson-Thompson won the 800m, the last event of women's heptathlon and also the title in a total of 6981 points. Defending champion Nafissatou Thiam of Belgium had to settle for the silver with 6677 and Austria's Verena Preiner was third with 6560.