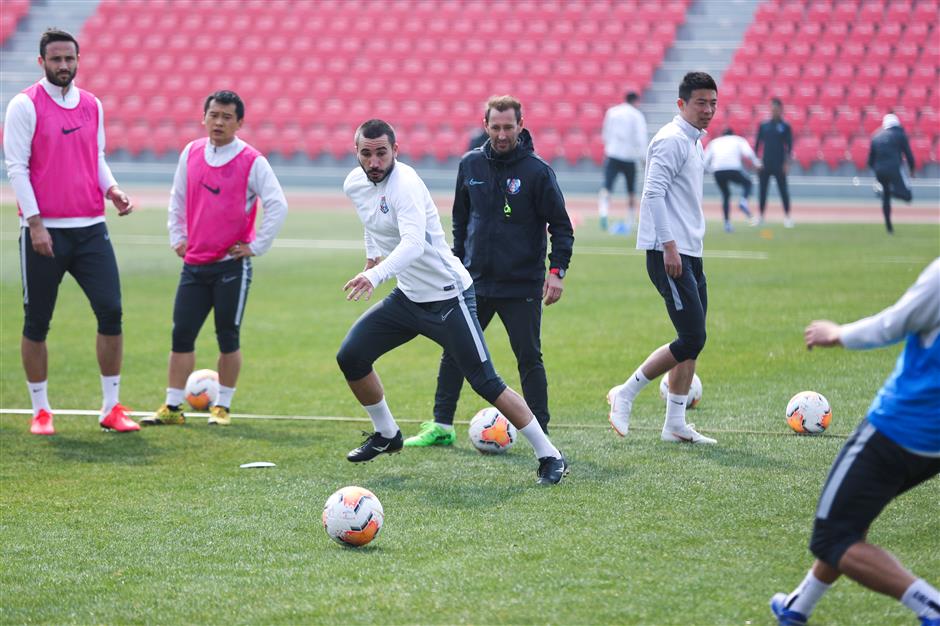 Chinese football clubs look set to become the latest to cut player salaries as teams throughout world football attempt to offset the financial blow of the novel coronavirus pandemic.

Lionel Messi's Barcelona and Cristiano Ronaldo's Juventus have both made similar moves, while Real Madrid players agreed to reduce their pay by as much as a fifth.

Players in the Chinese Super League, which has sprung to prominence by giving world-leading wages to foreign stars, were under growing pressure to follow suit.

The Chinese Football Association said that following talks — via video conference — on Thursday with clubs, those in the CSL and the two divisions below will thrash out terms for a "reasonable" reduction in pay.

The cuts will be backdated to March 1 and last until the new season begins. Latest reports say that will be late May at the earliest.

The CSL campaign was supposed to start on February 22 but was indefinitely postponed by the deadly COVID-19 outbreak, which began in China late last year before spreading worldwide.

"The clubs' calls for a moderate reduction in their financial burdens and reasonable salary reductions are strong.

"The epidemic has also had a huge impact on the development of global football."

CSL clubs made headlines in recent years by luring big-name stars with eye-watering wages — Shanghai SIPG's Brazilian star Oscar is one of the top-earning players in football.

The attacking midfielder reportedly earns nearly US$30 million a year.

But the CFA has since brought in a number of measures to rein in spending and cool the Chinese transfer market.

"Regarding the issue of salary reductions, the Chinese Football Association also communicated with FIFA several times and has received FIFA support," the CFA statement added.

Meanwhile, Southampton has become the first English Premier League club to announce that its players and coaching staff will defer part of their salaries as the pandemic shutdown continues. 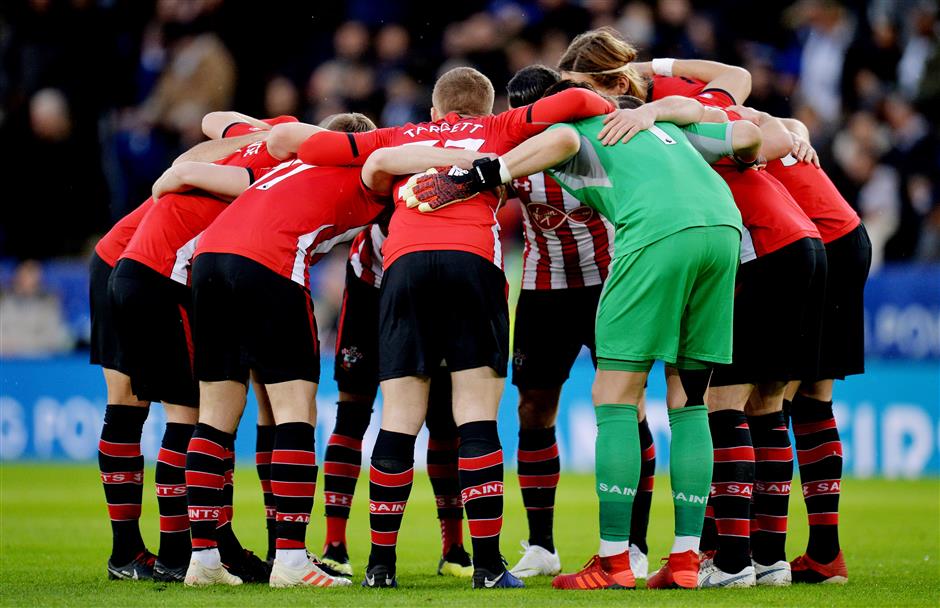 Southampton players form a huddle before their English Premier League match against Leicester City at King Power Stadium in Leicester in this January 12, 2019, photo. Saints players, coaches on Thursday agreed to defer their salaries.

In a statement on Thursday the EPL club also said it would not be using the government's job retention scheme.

"The board of directors, the first-team manager, his coaching staff and the first-team squad have agreed to defer part of their salaries for the months of April, May and June to help protect the future of the club, the staff that work within it and the community we serve," the statement read.

EPL players have found themselves in the spotlight during the health crisis for resisting calls from the clubs to accept wage deferrals and cuts to reduce wage bills.

The players' union, the Professional Footballers' Association, has yet to agree to a cut and argued after a meeting with the EPL last week that reduced wages would lower tax revenue for the National Health Service.

However, EPL players on Monday launched the '#PlayersTogether' initiative themselves to generate and distribute funds to the NHS.

With no common approach being taken by England's elite clubs, Southampton's announcement could now put pressure on other teams.

Some clubs, notably Tottenham Hotspur and Newcastle United, have also been criticized for furloughing non-playing staff and taking advantage of the government's job retention scheme which helps to pay a percentage of employees salaries, when their players remain on full pay.

EPL leader Liverpool reversed a decision to furlough some of its non-playing staff and club CEO Peter Moore apologized to fans after fierce criticism of the move.

Southampton said all staff not already deferring part of their salaries will receive full pay until at least June 30.

"In these unprecedented times we are dealing with many challenges to our business model and day-to-day operations," the South Coast club said. "The situation is ever-evolving and we will continue to monitor and assess the impact to the club over the coming weeks before deciding any further action necessary.

"Everyone at the club remains fully committed to the community we value so highly in Southampton.

"We will continue to offer our full support to the city of Southampton through the work of the Saints Foundation and provide any further assistance we can."