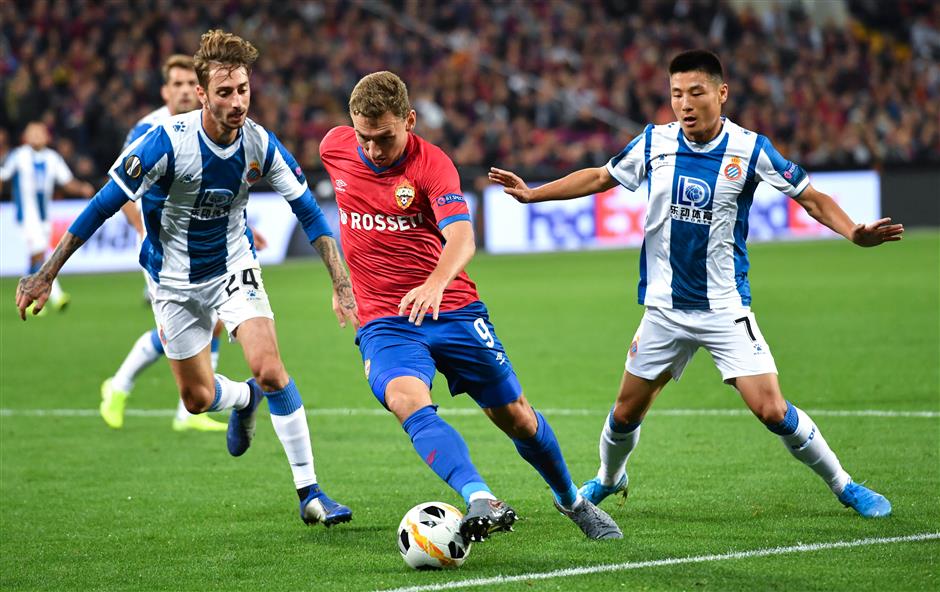 Espanyol forward Wu Lei became the first Chinese man to score in a major European competition on Thursday as his side beat CSKA Moscow 2-0 in the Europa League group stage.

The 27-year-old struck the opening goal on 64 minutes in Russia, clinically dinking the ball over CSKA goalkeeper Igor Akinfeev after a slick pass from Matias Vargas.

Wu, who was later booked for a dive, joined Espanyol from Shanghai SIPG in January for a reported 2 million euros (US$2.25 million).

He became the first Chinese to score in Spain's top league in March in a 3-1 victory over Real Valladolid.

He also scored during qualifying for this season's Europa League and has two goals in 14 appearances for Espanyol this term.

Wang Shuang was the first female Chinese player to score in the Champions League last year, finding the target for Paris Saint-Germain in the women's edition of the competition.