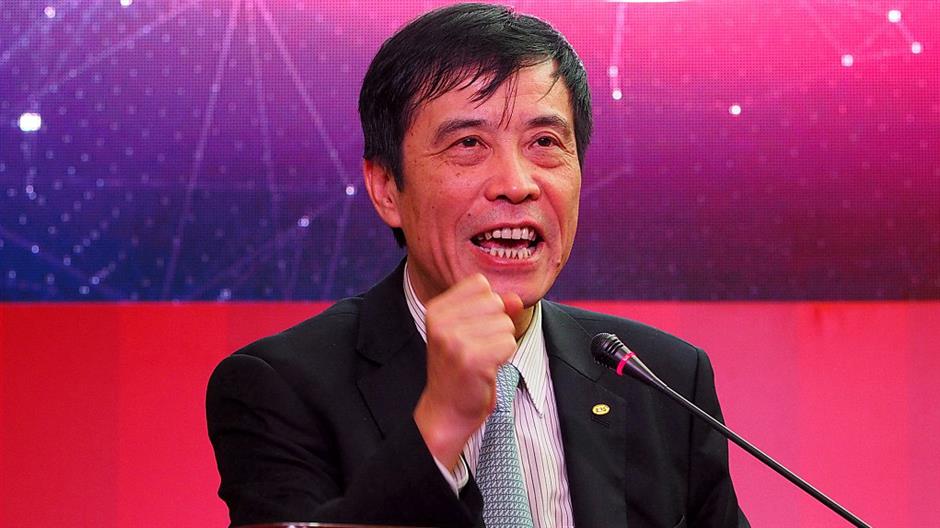 The Chinese Football Association on Wednesday unveiled a series of policies, including a salary cap, hoping to improve its professional clubs' financial health.

At a closed-door meeting with investing representatives of the Chinese Super League clubs, CFA Chairman Chen Xuyuan said they have decided to strictly impose the salary cap from next season following adequate discussion with the clubs.

According to the CFA policies, a CSL local player will not be paid more than 10 million yuan (US$1.45 million) before tax every year, bonus excluded, while the annual salary for any foreign player cannot surpass 3 million euros (US$3.34 million) after tax.

Chen, the former president of Shanghai SIPG, vowed to arrest the worsening financial condition of Chinese football clubs when he was voted as CFA chairman in August.

"Our clubs had too much money burned and our professional football has not been run in a sustainable way," he said. "If we don't take timely action, I fear it will collapse."

During the meeting, the CFA also decided to limit the overall spending of each club, ruling that no club will be allowed to spend more than 1.1 billion yuan next season, and its salary amount will not surpass 60 per cent of its overall spending.

Yang Nan, a board member of Henan Jianye club, said that the CFA policies have been welcomed by the CSL clubs.

"No club can afford the repeated loss of billions of yuan, and there will be no steady investment anymore, if this cannot be stopped," she said.

"In order to assure sustainable development of our leagues, these CFA policies must be enforced strictly."