A traffic policeman from Jingshan County in Hubei Province sacrificed his own life to save pedestrians from being run over by an out-of-control car on April 30, Xinhua news agency reported. 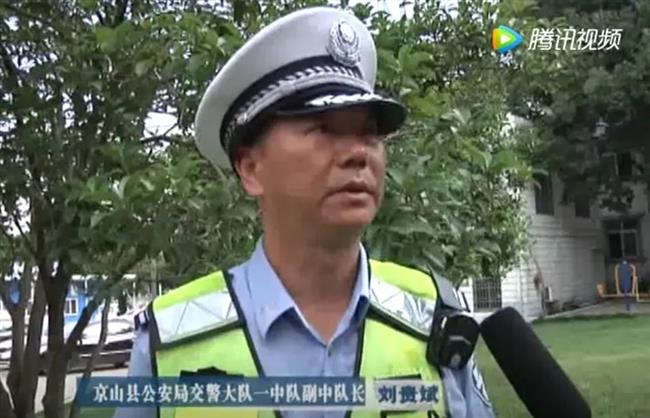 One pedestrian was killed and three were injured in the accident. The driver surnamed Tang, 28, has been detained by local police.

As security footage showed, Tang drove a grey car back and forth at high speed with his hazard lights on and constantly honking the horn on Chengzhong Road in Xinshi Town on Monday.

He eventually drove into pedestrians and other cars parked on the road.

Liu Guibin, 50, who was on duty nearby, received the report and arrived on scene with two other auxiliary police officers. The condition was critical as there were dozens of pedestrians on the street at the time.

As the car accelerated towards a sidewalk, Liu thrust a pedestrian almost five meters away and shouted “run away.”

Liu was hit by the car and lost his life. The car finally came to a standstill after crashing into another vehicle.

According to an initial investigation, police have eliminated the possibility the driver was under the influence of drugs or alcohol.

The incident is currently under further investigation.