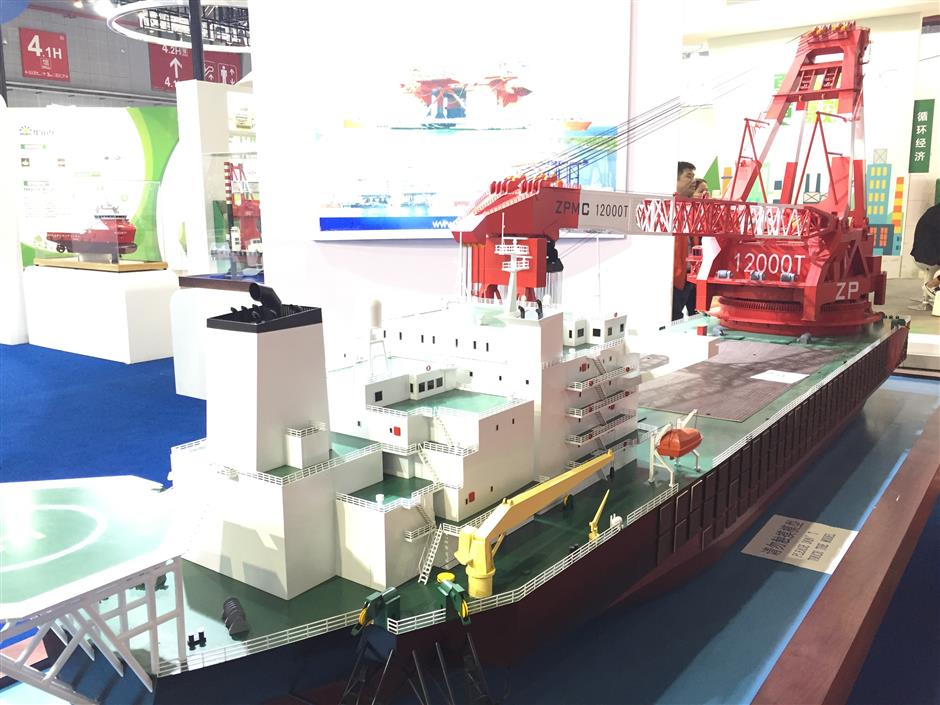 The company spent nearly eight years to develop the ship, which can carry up to 12,000 tons of — equivalent to the total weight of around 70 Boeing 747-200 airplanes. The vessel weighs 44,000 tons and is nearly 300 meters long and has a deck as large as two-and-half football fields.

“The ship showcases China’s latest heavy-lift technology for offshore engineering,” said Yao Hai, engineer at Zhenhua who is involved in the ship’s design.

The industry fair also saw another special award being awarded to the No.4 meteorological satellite, developed by the Shanghai Academy of Spaceflight Technology. The satellite helps to predict weather climate changes and earth monitoring more accurately.