MSD looks to China as pillar of growth 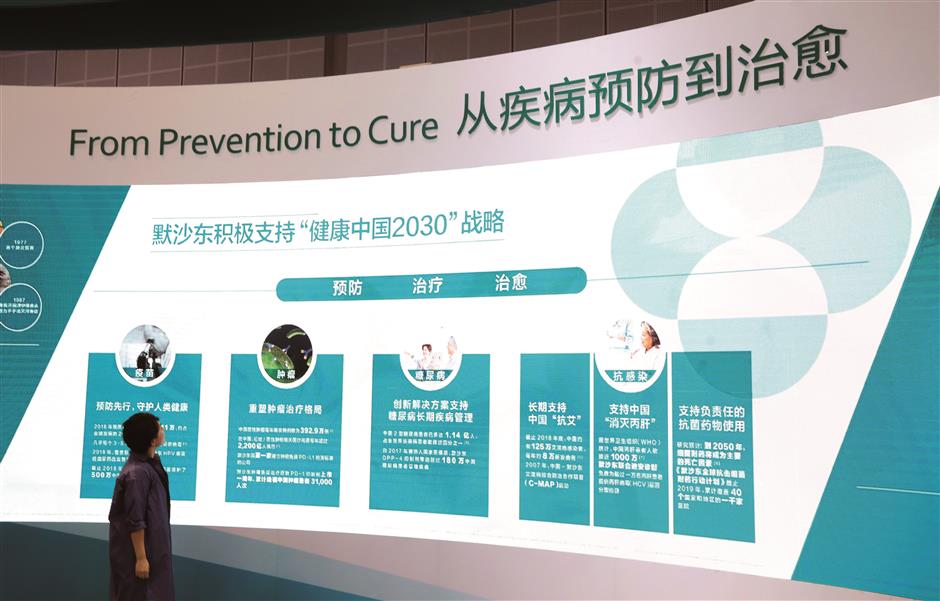 Under the theme of “Inventing for Life,” MSD not only demonstrates its great contribution to the public health in China for the past 30 years, but also showcases MSD’s unremitting efforts to improve the accessibility and affordability of innovative products from “prevention to cure.”

MSD has made steady progress in China, especially in the past two years, supported by the country continuing its “pivot” toward innovation in the health-care system, said Joseph Romanelli.

Because of the growth, China was named one of the pillars of growth at MSD’s Investor Day held in June, along with oncology, vaccines and animal health.

It was a bit unusual for a market to be listed along with three business sectors as pillars for growth; but in the eyes of Romanelli, it was simply a demonstration of the importance of China for MSD.

In the past two years, MSD has introduced more than 10 innovative products to China, including cutting-edge oncology products, new treatments for cardiovascular disease and infectious disease as well as novel vaccines, which all helped to keep the company’s growth in China at 50 percent year on year on average. It was also a result of the MSD China Strategy 1-2-3, set in 2017, with the aspiration to reach 100 million lives each year, to launch more than two new products and to become a top three multinational biopharmaceutical company in China and a top three subsidiary for MSD globally.

At the same time, it was a result of China’s efforts to further open its health-care sector as well.

“We have seen an enormous expansion of health-care reform in China. There are regulatory reforms, access reforms …” Romanelli said. “With that, you can see a transformation of innovation in the healthcare system. In 2018, nine MSD products received approvals in China, probably the most among foreign pharmaceutical companies. Each provides us with the opportunity to help more patients in China.”

This solid performance has come from four sectors, according to Romanelli. One is MSD’s HPV vaccine portfolio. The second one is from immunotherapy. The other two are newly reimbursed brands in 2017 and the general expansion.

“We have the greatest opportunity and strong partners like Chongqing Zhifei to impact the greatest number of lives, together, and by declaration we are going after that opportunity,” Romanelli said.

MSD’s history with China started with the technology transfer of its hepatitis B vaccine in 1989, which celebrates its 30-year anniversary in 2019. In 1992, MSD China was officially established. MSD China is now powered by three engines: commercial operations in Shanghai, an R&D center in Beijing and a manufacturing base in Hangzhou, to ensure operational excellence and sustainable growth in the China market.

“We have a very strong commitment to science, and our credo, or mission, is very simple. Our mission is to save and improve lives, and we take to heart the words of George Merck that medicine is for people, and bearing that in mind, the profits will follow,” Romanelli said.