During the early stages of the coronavirus outbreak, medical workers were stretched to capacity, putting in long working hours, while hospital canteens struggled to provide them with adequate meals. Knowing the situation, management at Shangri-La Hotel, Wuhan decided to offer complimentary meal boxes for medical workers.

Though the hotel had limited staff and food supplies due to the citywide lockdown at that time, the hotel called on its culinary and procurement teams to remain on duty to prepare the meals for medical professionals on the front line.

The act of selflessness touched others in the community and the hotel quickly received donations of vegetables and packaging boxes. In total, the hotel prepared 24,000 meal boxes for four hospitals from January 25 to March 15. 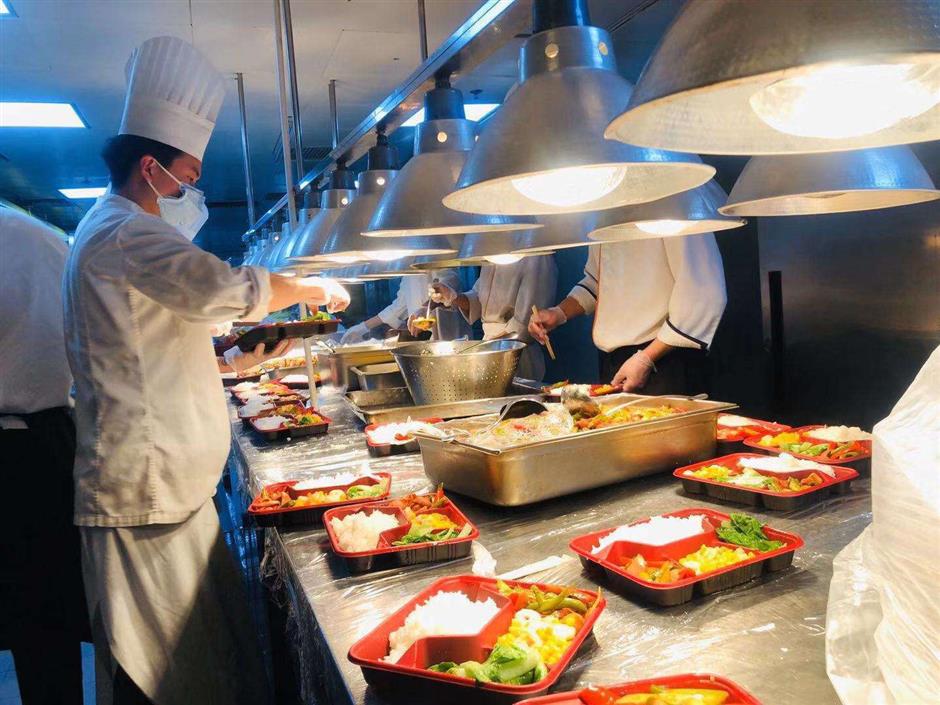 Fighting the coronavirus at its epicenter, medical teams from all over the country flew to Hubei Province. Shangri-La Hotel, Wuhan hosted two medical teams — one from Jiangxi Province and the other from Hebei Province — with a total of 236 medical workers.

To help these professionals focus on their hospital work, colleagues at Shangri-La Hotel, Wuhan offered a range of services, including abundant supplies of free warm meals, healthy snacks and beverages including hot tea with ginger and honey.

The hotel also displayed cheering messages and posters to thank the health workers for their selfless contribution and sacrifice for Wuhan.

The dedicated culinary team not only provided tasty and nutritionally balanced meals, they have also delighted the medical teams with local specialities like noodles with crayfish.

To ensure that the medical workers don’t get homesick, hotel staff learned how to cook popular dishes from their hometowns too. They also surprised medical workers with birthday celebrations on their individual birthdays. 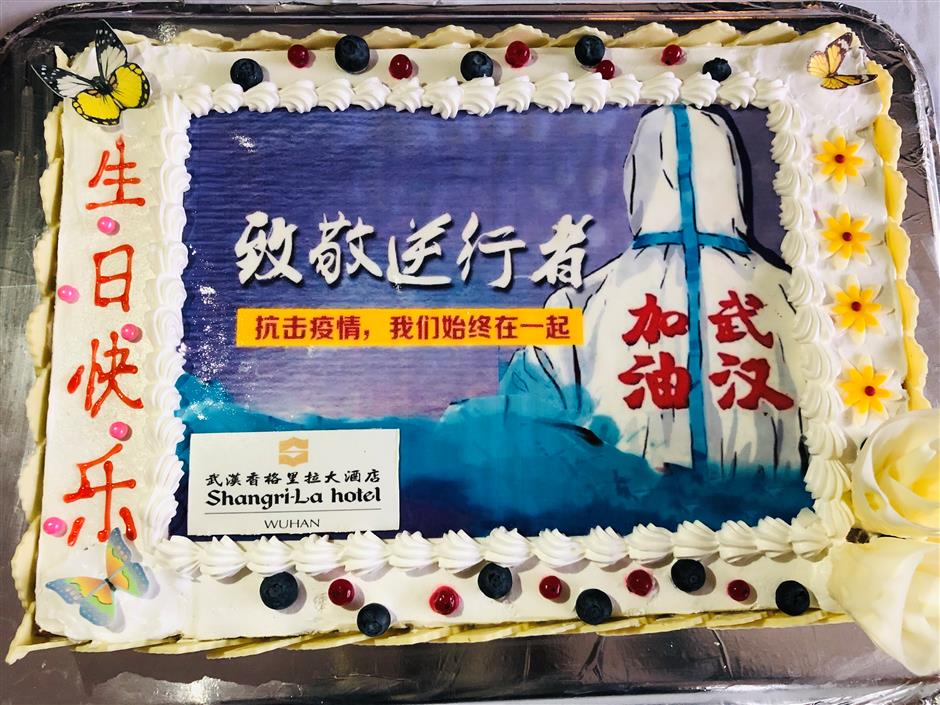 A birthday cake for medical workers.

One nurse posted her diary online complimenting the team’s thoughtfulness on the arranged meals, while another drew a painting on behalf of the medical team expressing appreciation for all the meals that were being prepared for them from the time they arrived in Wuhan, and a doctor sent a hand-written letter together with some medicines to thank the hotel staff for taking good care of them. 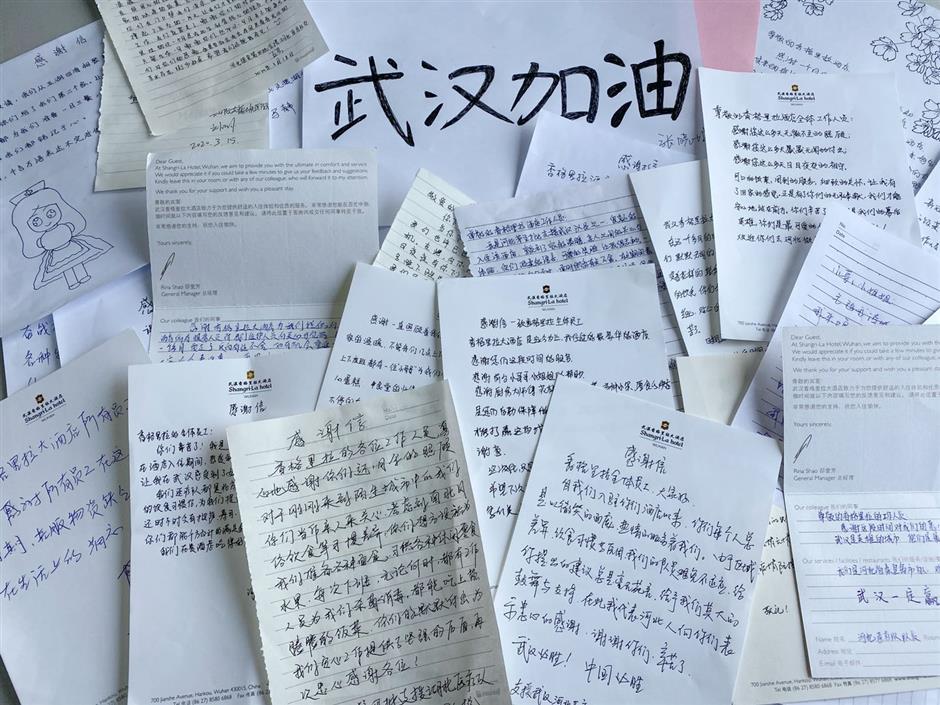